Transportation has a huge impact on the planet: the global car fleet consists from more than 1.2 billion vehicles1 with over 72 million2 of new vehicles were sold in 2015 only. This huge number of cars creates enormous negative effect to the atmosphere not only by emitting CO2 itself, but also creating demand for continuing oil extraction and energy, needed for its production. 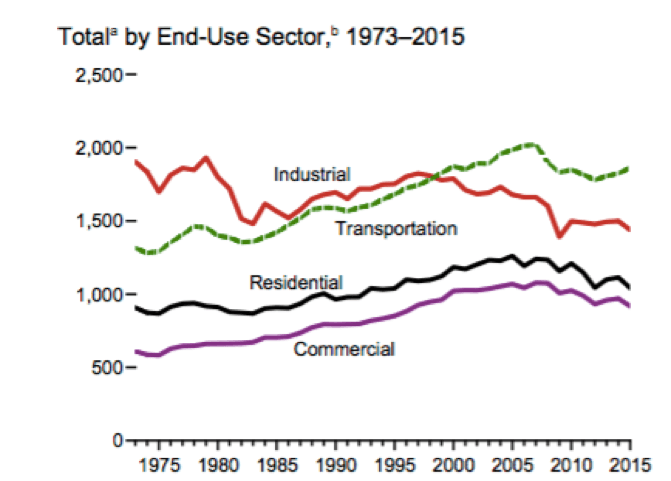 One of the biggest problems in the sector is its inability to change fast – without any external measures people change cars in 3 to 5 years in developed countries and even more rarely in developing. This naturally affects the fleet replacing rate and the whole industry dynamics.  Thus, to force the speed of industry changes companies need to introduce disruptive innovations, while governments should put in place new legislation and policy incentives. Many countries have already started introducing new regulations and tax preferences in favor of electric vehicles (EV). Norway, for example, introduce the plan to ban petrol/diesel fueled cars by 2025. Car manufacturers also actively changing their business model and announced roll out of more than one fully electric car by 2020-2025 (Exhibit 1). All leading car manufacturers revised their business strategy and plans after seeing success of Tesla motors – the company that first revealed EV to the market. 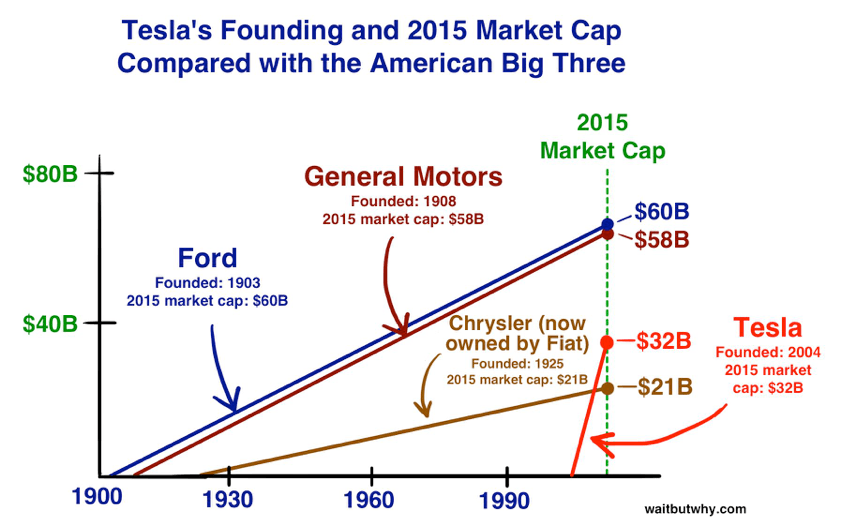 Tesla was the first company, which could resolve (or partly resolve) the key issues of EV, which made this type of transportation not an attractive option before:

Tesla engineers and designers were able to make a car with comfort range (218 miles per charge) for everyday usage, they make it drive fast and fun and put it into a really good looking body. Moreover, Tesla leadership decided to build their own infrastructure – chain of battery refueling stations across the world – Superchargers, which will allow Tesla drivers to charge their cars for free, or to replace the battery for a time and cost, comparable to the that of fueling a full tank of petroleum.

High prices – that the problem, which was only partly resolved, as original Tesla Model S prices starts from $66,000. To resolve this challenge, earlier this year the company presented the new affordable model – Tesla Model 3, which costs $35,000. Just for 2 weeks after this presentation, Tesla received almost 400,000 reservations3, which shows a genuine interest in that kind of vehicle.

Tesla reached unbelievable results in achieving their mission “To accelerate the world’s transition to sustainable transportation”, but electric cars alone won’t save the world4. To make our future sustainable we have to move to zero-emission energy generation, such as solar, wind, hydro and nuclear power.

Being a leader of change, Tesla recently announced a changed mission, replacing the word “Transportation” by the word “Energy”. Tesla disrupted the transportation industry, forcing the industry leaders to revise their strategies and now it steps forward to the energy industry plateau. Now Tesla makes batteries, and will be making much more after the completion of its joint (with Panasonic) project – Gigafactory. Tesla has entered the home energy system by introducing its energy storage product – Powerwall. Tesla CEO – Elon Musk also recently announced the acquisition of SolarCity, which will add solar panels into Tesla’s services. Soon after that he presented Tesla’s solar roof7 – the new approach to solar panels and a new way to make people’s life more sustainable in the future. Company is definitely moving in the direction of integration into different businesses through the supply chain to make the life of people renewable and emission-free. The ideal future, pictured by Elon Musk is a house with a Tesla in the garage, a Tesla solar roof on the house, and a Tesla Energy Powerwall storing the juice to power it all. Being a disruptive leader of sustainable development, by creating such solutions, Tesla will force other energy industry leaders to change to beat the climate change challenge!

Building for a Greener Future

8 thoughts on “TESLA – an ambassador of sustainable future.”