Cargill is the country’s largest private company, with over 150,000 employees and operations in 70 countries.[i] The company works along the entire food supply chain, from buying crops from farmers to distributing produce to retail clients [Figure 1]. Today, Cargill has over $109.7B in annual revenues and $2.84B in net earnings.[ii]

Why does the food giant need to worry about climate change?

For companies like Cargill, climate change denial is poor strategy. The company does not have an option but to adopt climate change mitigation and adaptation as part of its long-term risk management plan.[iii] Because the company operates across the entire food supply chain, Cargill’s bottom-line is highly exposed to the effects of climate change.[iv] In the United States alone, climate change is expected to significantly reduce crop yields.[v] For example, by 2050, cotton production in the Southwest and southern Arizona, is expected to drop to less than 10 percent of yield under ideal irrigation conditions.[vi] Without a mitigation plan, water shortage in drought-prone regions is expected to worsen, leading to an associated reduction in crop production.[vii] This reduction in crop supply will directly impact Cargill’s value chain and ultimately, its profits.

So what exactly is Cargill doing about climate change?

Cargill’s current efforts are focused on both climate change mitigation and on supply chain adaptation. The company is tackling climate change in three main ways.[viii] First, Cargill has committed to several targets to reduce its climate impact by 2020. The commitments relate to Cargill’s greenhouse gas intensity, energy efficiency, and renewable energy use [Figure 2]. Other initiatives related to mitigation include the development of a ‘Food Chain Reaction’ simulation to raise awareness about the impact of climate change on food systems. Second, the company is working directly with farmers to help them adapt to the effects of climate change. For example, Cargill works with Cocoa farmers to improve their farms’ resilience to extreme weather events and rainfall uncertainty.[ix] The company trains farmers in best practices such as the use of shade trees to reap benefits from carbon sequestration.[x] Third, the company has adopted an advocacy role in climate change mitigation. In 2015, Cargill joined the American Business Act on Climate Pledge in support of the Paris Agreement.[xi] In 2017, Dave MacLennan, Cargill’s CEO, wrote an open letter to President Donald Trump, urging him to keep the US in the Paris Agreement.[xii]

While Cargill’s recent commitment to climate change mitigation and adaptation is commendable, the company could be doing a lot more. Two specific recommendations on next steps are outlined below.

Despite Cargill’s ongoing commitment to prevent and prepare for climate change, the company continues to be a significant part of the problem.[xvi] Estimates on agriculture’s contribution to global greenhouse gas emissions are as high as 14 percent [Figure 3]. The question remains – how can a company that exists in an industry that is known for its high contribution to greenhouse gas emissions fully commit to climate change action? How can Cargill manage this conflict of interest and continue to maintain a long-term risk management strategy related to climate change? How can the company effectively bring its various stakeholders along in the process? 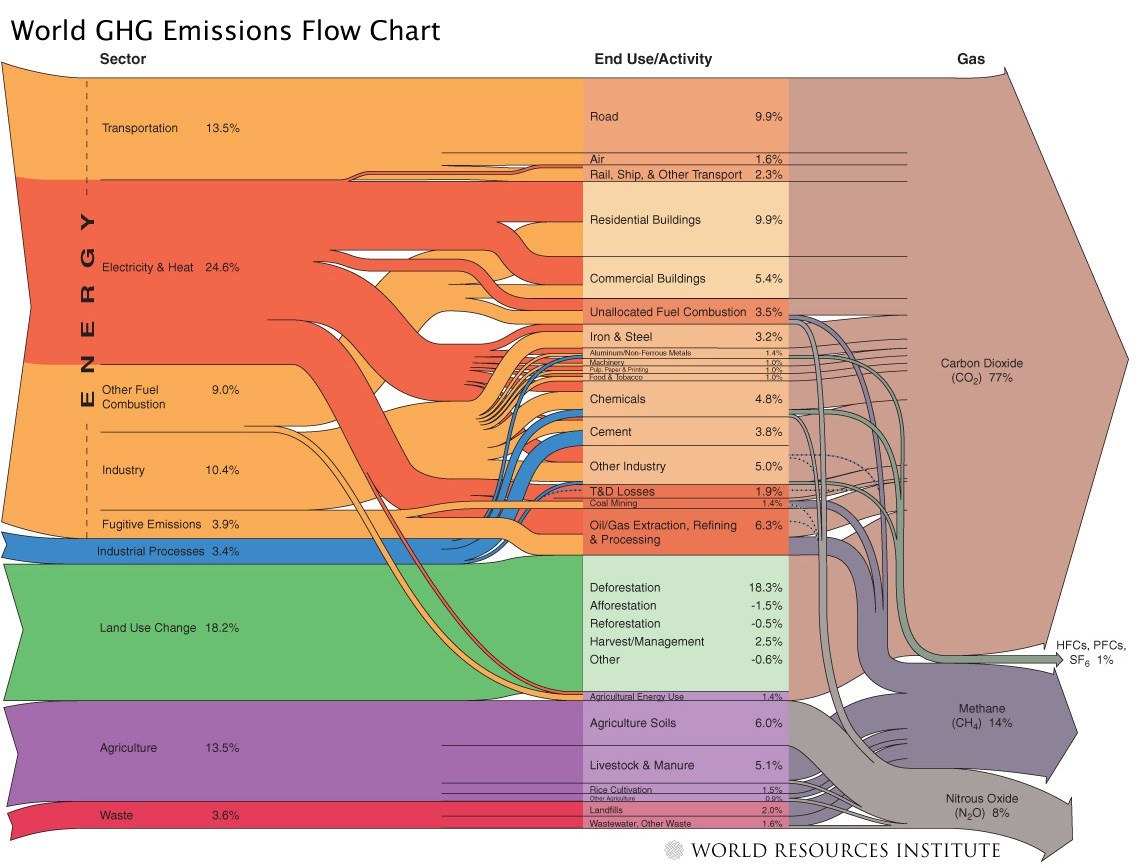 [ix] Care. What are the implications of climate change on farmer livelihoods? Company website. April 2016.

[x] Care. What are the implications of climate change on farmer livelihoods? Company website. April 2016.