Only weeks after the release, Switch was out of stock at most retailers [3].  Nintendo cited the shortages were due to multiple issues with their supply chain ecosystem [4]. Can Nintendo rebound and address these critical problems before their next product release?

No Digitalization = No Mario For You

Shrinking the Supply Chain: Target needs an integrated digitalization strategy to thrive as an omnichannel retailer 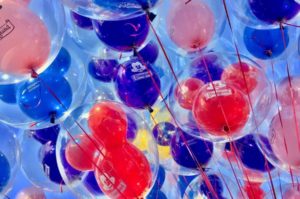 Is your company ready to buy into the “blockchain” buzz?

A supply shortage is not a new concept for Nintendo. In 2016, Nintendo released the NES Classic Mini, which was an instant gem in the gaming community. However, Nintendo failed to forecast properly, resulting in massive supply shortages, and forced the product to be discontinued in 2017 [5].

Fast forward just a few months later, and Nintendo found themselves in the same exact position with the release of Nintendo Switch. On the horizon, in the Fall of 2017, another Nintendo release has been scheduled, the SNES Classic, which analysts predict will suffer the same fate as the NES Classic Mini and the Switch [7]. Nintendo’s problems stem from their inaccurate forecasts of demand and their inability to track supply and demand signals across their network. This translates to poor turnaround from their parts’ manufacturers [9]. If Nintendo can’t digitalize their supply chain, then the company will never have a successful launch of a product. As evident by the NES Classic Mini, Switch, and SNES Classic releases, these inefficiencies result in reduced sales and low customer satisfaction.

One of the key issues stems from multiple bottleneck chokepoints with their suppliers. Alps Electric, which provides components for Switch controllers, is struggling to respond to the immediate and surprising requests from Nintendo for parts [10].

Nintendo is also directly competing against other companies, such as Apple, for the same manufactured parts.  Toshiba, for instance, provides flash memory to many industry-wide competitors.  The competition can offer better terms to the manufacturers since their orders are of higher volume than Nintendo’s. This, coupled with Nintendo’s lack of transparency on orders, results in inefficient turnaround from suppliers [11].

Additionally, Nintendo struggles to understand the demand for their products. After the launch of Switch, Reggie Fils-Aimé, president of Nintendo of America, said:

These scary words stem from Nintendo using historical data to predict future demand. This is a slippery slope as they have had mixed historical performance over the years. For instance, in 2012, Nintendo launched the Wii U, which significantly under performed. Relying on data from these types of launches will inevitably lead to incorrect demand predictions [14].

Nintendo’s short and medium-term plans appear to be the same: They are continuing to work on improving their data collection, forecasts of demand, and relationships with their suppliers. Yet, this has been their approach for years, with multiple flawed launches. What else can be done to address these issues?

Nintendo’s short-term goal needs to immediately integrate data across the supply chain. It is evident by the aforementioned product releases that this is NOT currently happening. Rather, each division is acting independently within their own silo, increasing the amount of time it takes for information to flow throughout the chain. With this digital supply chain, as soon as customer demand shifts, planners within Nintendo can assess the impact and share it with their suppliers immediately to reduce component manufacturing bottlenecks [15].  Additionally, if Nintendo can make the communication seamless with their suppliers, it will promote a healthy relationship that will perhaps give Nintendo a competitive edge over competition when trying to get parts. 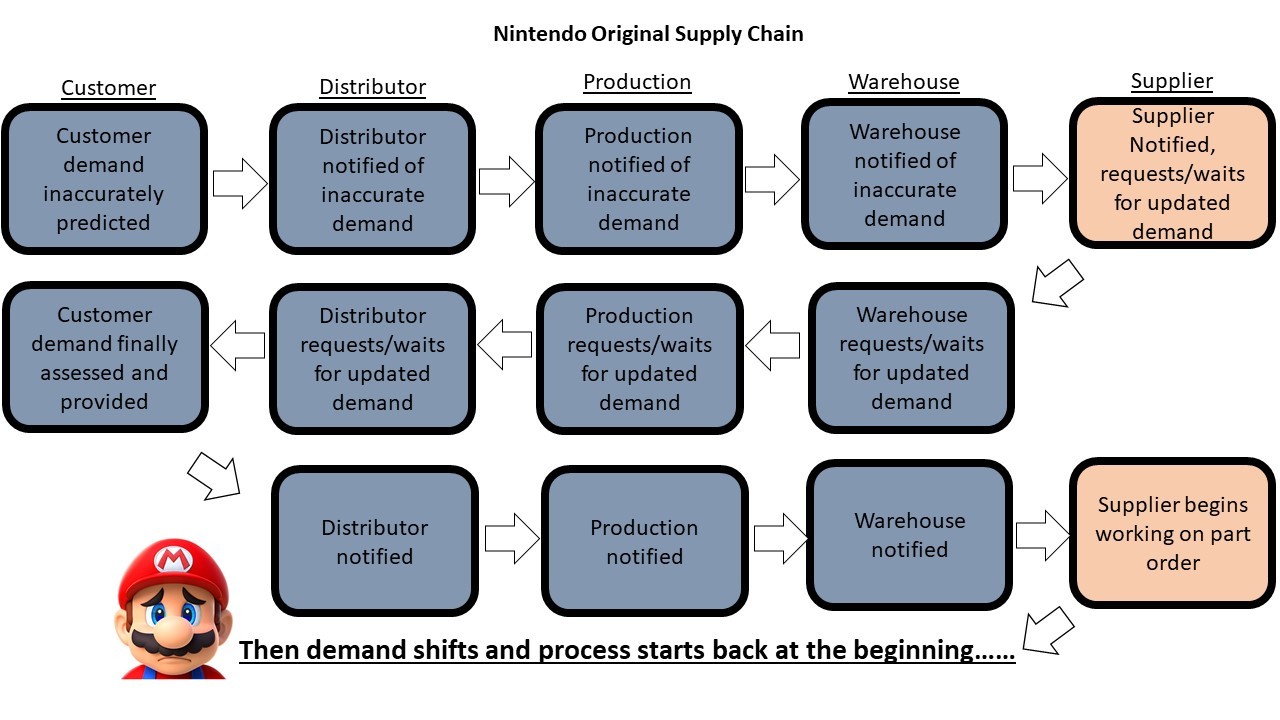 Their medium-term goal should focus on their poor supply and demand predictions. Nintendo MUST adopt predictive analytics in demand planning.  This strategy will allow the company to analyze thousands of demand-influencing variables, ranging from trends on social media networks to sensor data. The collection of this data may take time, hence a 2+ year deadline. With this information, Nintendo can model the complex relationships from the derived data and create an accurate demand plan, reducing forecasting errors by 30 to 50 percent [16].

As Nintendo ramps up for their 2018 launches for Game Boy and N64 Classic [18], they need to embrace Supply Chain 4.0 by improving the visibility across their supply chain and using data analytics to better understand their demand. Without these changes, Nintendo is limiting the world’s exposure to Mario, Zelda, and the rest of the gang.

*Is Nintendo strategically limiting their supply to increase demand, thereby creating more of a buzz around their product?

*Will increased transparency be enough to compete with Apple and other companies for premium access to suppliers?

[3] Needleman, “Nintendo’s switch hit: Game console is in short supply ahead of holidays”

[9] Needleman, “Nintendo’s switch hit: Game console is in short supply ahead of holidays”

Wait, Who Owns What? Oseberg’s Digitalization of America’s Land Records

Rise of the Machines: HBC’s Salvation or Destruction?

5 thoughts on “Super Mario, Zelda, and a Broken Supply Chain”