Soylent, the food substitute designed to be a source of “whole human nutrition”, has an operating model particularly well-aligned with its business model across both functional and abstract forms of value-creation. Soylent offers two products currently: Soylent 1.5, a powder that’s designed to be mixed with water; and Soylent 2.0, a ready-to-drink version. Both products taste exactly the same—something like watery milk with a hint of Cheerios. This neutral taste is meant to reduce flavor fatigue when consumed meal after meal, and appeal to (rather, not repulse) the broadest possible set of consumers. Soylent is also characterized by it’s minimalist packaging, just a white bottle or bag, and complete reliance on word-of-mouth and news media demand generation rather than paid advertising. Soylent is sold directly by the company over the internet; there are no physical stores that carry the product.

Soylent’s business model begins with a distinct commitment to two functional benefits. The product is first meant to be an extremely time-efficient source of energy. Not only does the product require little-to-no prep time, but by narrowing dining flavors to a single option, users waste no time deciding what is for dinner. Next, Soylent is also extremely inexpensive. Someone can live on Soylent powder for about $9 per day – roughly the cost of lunch in Spangler.

The company’s operating model is aligned with these two functional goals in that it has intentionally limited its offerings to optimize for either speed or price while scoring relatively high on both. Someone particularly pressed for time can opt for the bottled version and pay ~60% premium to the mix. Furthermore, the company has outsourced manufacturing to a contract manufacturer in order to achieve economies of scale, keep costs low, and respond to rapidly increasing demand.

Beyond its functional value, Soylent also appeals to abstract, emotional needs of its users. The company’s positioning and messaging is purposefully extreme, as evidenced by the name (Soylent is an allusion to a film, Soylent Green, in which a dystopian government feeds its citizens with human remains) and many of the statements made publicly by its founder, Rob Rhinehart. Among his more interesting comments link our current approach to food to anachronism. For instance, in describing foodies, Rhinehart commented: “Everyone’s like, ‘The natural, organic way is the best.’ And it sounded a lot like fundamentalist Christianity.” Other comments highlight Soylent’s functional superiority: “I have not set foot in a grocery store in years. Nevermore will I bumble through endless confusing aisles like a pack-donkey searching for feed while the smell of rotting flesh fills my nostrils, fluorescent lights sear my eyeballs, and sappy loves songs torture my ears.” As a result, Soylent users are able to imagine themselves as joining a tech-forward, progressive community rather than excommunicating themselves from the church of food. The company’s management also criticizes traditional food systems on a more concrete level by pointing out the incredible amount of food wasted in the U.S. Soylent’s distribution model, engage users directly, is an extremely important enabler to create this kind of value—and rare in the food industry.

While the existing operating and business models are well-aligned today, the company is on the path to further improve. First, Soylent is in the process of developing an at-scale, in-house manufacturing process that would use algae as the primary food-stock. While this has the potential to meaningfully improve the cost structure, it also has the potential to reduce the environmental impact of producing Soylent. The next meaningful improvement on this dimension will also come from a more traditional distribution system—pushing the product to physical stores rather than relying on direct shipping. Consistent with the company’s push for scale, the Soylent is also looking at ways the product could be distributed as a source of nutrition in geographies suffering famine or disaster. This initiative has a second order benefit as well in supplementing the social elements of the value proposition. Indeed, if Soylent is to remain ahead of its competitors, the company must either lead on functional benefits, efficiency and cost structure, or improve the social, non-functional elements of its value proposition enough to support a premium price. 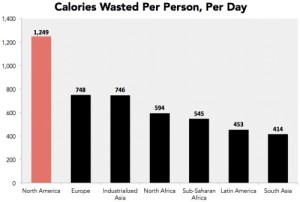 Airbnb: your home away from home

Student comments on Soylent – Winning your heart with your stomach