In 1979, Sony invented the Walkman. Since then, Sony has become a leader in the intersection of music and technology – the 1980s became known as the “Walkman decade”(1), with the word “Walkman” entering the Oxford English Dictionary in 1986.(1) In 1988 Sony acquired Columbia Broadcasting System Records Inc. (CBS), and renamed it Sony Music Entertainment.(2) With this acquisition, Sony started to increase its presence in the entertainment industry. 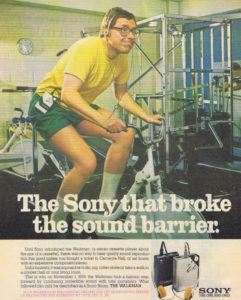 Fast forward to 2010. Sony was now one of the major record companies in music, but its audio-tech business (under the Walkman brand name) was struggling. Although Sony owned the contents and hardware related to music, it was unable to synergize its businesses. Organizational silos made Sony late in the game with the digital portable music players – the launch of the iPod in 2001 made Sony lose its position in the portable music industry.(3) By 2010, digital music was growing in the music industry. The presence of Spotify and other digital music players completely shifted the business and operational model for Sony.

Digital music players created an online platform where users could listen to music through a subscription or free basis. For example, Spotify offered listeners a “free” service to listen to music.(4) Spotify wanted to offer an alternative option to listen to music in a time when piracy was becoming prevalent in the industry.(4) Rhapsody and other digital music platforms offered the subscription model, in which customers paid on a subscription basis to listen to music.(4) Spotify on the other hand provided the Freemium Model, in which users could use their services for free and charge customers for upgrades.(4) By late 2010, Spotify had 8 million subscribers and almost 1 million migrating up from the free customer tier to the paid tier.(4)

To compete with these new players and to regain its leadership in the music industry, Sony introduced “Music Unlimited” in 2010.(5) Sony believed that they too could provide a music streaming service like its competitors but at an advantage given its rich resources in the music industry. With a subscription model, Music Unlimited charged its users $10 a month(6), provided users with unlimited listening and allowed them to make playlists.(7) Music Unlimited was accessed through Sony’s PlayStation Network (gaming, entertainment, and media platform) and offered its services to customers in 19 countries.(7) 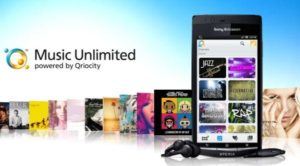 Unfortunately, Music Unlimited failed quickly. While competitors who used a similar subscription model offered its services through any devices, Music Unlimited was only available through Sony devices.(8) Many customers complained about its limited use as well as its long time in loading the application.(9) By 2015, Music Unlimited had only 20,000 subscribers – well below its competitors.(9)

Surrender and partner with Spotify 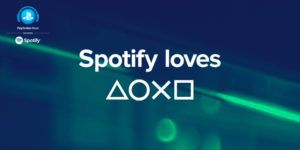 In 2015, Sony decided to end Music Unlimited and instead decided to partner with Spotify. Replacing Music Unlimited and now calling it “PlayStation Music”, Spotify would use Sony’s PlayStation Network.(9) This partnership defined Sony’s surrender in the digital music space. Andrew House, President of Sony Computer Entertainment and head of Sony’s Network Entertainment Business stated that “it became clear that it would be better for [the] unit to concentrate on service we have tremendous expertise in – which were videogame consoles rather than music subscription”.(6) For Spotify, this partnership meant that they would be able to tap into a new market through the PlayStation network which had 64 million active users as of 2015.(6)

Sony’s failure with Music Unlimited is a clear depiction of how organizations in silos could fail miserably in the event of a business and operational model disruption in the industry. Despite having rich resources and assets in the entertainment industry, Sony was unable to conduct synergies and worked in silos – business division in portable music and in music were not communicating and working together. If they had leveraged its resources, Sony could have introduced the iTunes and iPod, and even Spotify to the world. Although Sony could no longer become a leader in the digital music space, they could make sure to never deleverage their resources like they have in the music industry. For instance, they could collaborate with Sony’s film production company (Sony Pictures Entertainment) and create exclusive contents like Tidal.(10) What Sony needs to do now is to understand what is coming after digital music streaming. Sony must figure out early on and hopefully this time they’ll get it right.

Garmin: Lost in an Interconnected World