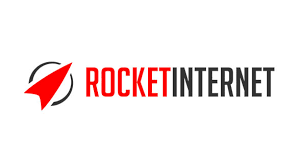 Business Model: Founded in 2007, Rocket Internet’s goal is to become the number one Internet platform outside of the US and China.  Rocket Internet ignores the world’s two biggest markets because their business model is to taken proven ideas from those two markets, such as Uber in the US and start well, funded businesses in other markets, like Easy Taxi in Indonesia.  In those markets they aim for number one market share positions and because of the support their companies receive often achieve this postion.  As Group Managing Director, Alexander Kudlich says, “we don’t build companies in a garage, they build them in a factory”.[1]

To facilitate mass creation of business, Rocket internet has created a recipe and platform on which to build a business.  This platform consists of four pillars: Infrastructure, Process, Technology, and a Network of Companies.[2]

Infrastructure – operating effectively as a large venture capital firm, businesses Rocket starts are extremely well funded.  This allows them to own all of their own infrastructure, allowing for enhanced flexibility and higher margins. For example, Lamoda, a Russian fashion site, owned its entire distribution network.  This allowed them to deliver a higher quality of service and led to more frequent repeat purchases from customers[3].  For any other startup bootstrapping their way by this would have been impossible but because Lamoda was backed by Rocket it set them ahead.

Process – many start-ups struggle to clearly define their business model, they grapple with limited resources, and the uncertainty of expansion.  Averaging 10 new companies/year, Rocket perfected the process for starting a company.  They have functional experts who can help with any area of business from SEO to financial planning and can help define important KPIs to measure progress in those areas.  This consistency and experience allows them to start a businesses in under 100 days.  This means they could identify a promising model in the US and quickly start the same business before the US firm can expand or before a local competitor can gain traction.  For example Groupon was started in late 2008 and just over a year later Rocket Internet started CityDeal which quickly became the number one deals site in Europe and was eventually sold to Groupon[4].

Technology – another competitive advantage for Rocket Internet companies is their ability to leverage existing server infrastructure and app templates.  In the consumer online space, a first mover advantage is key to gaining market share.  By have pre-existing tools that new companies just need to make small contextual changes to, these new companies save time and that translates to speed of launch and market share.

Network of Companies – the final key to the Rocket Internet Model is the large network its companies are a part of.  When expanding to a new country, firms can rely on the experience and insight of another company in the portfolio that is already in that country.  This saves them the growing pains that would typically come from such an expansion.  Firms also pool together to create a larger entity when negotiating purchasing agreements and partnerships.

Rocket Internet’s tight alignment between their operating model and business model gives them a tremendous competitive advantage.  Furthermore, the model feeds upon itself and becomes more sustainable as the firm grows.  Each time Rocket Internet launches a new business, they get better economies of scale, increase their network of experts, and get better utilization out of share fixed assets.  It will be exciting to see their expansion and further success in the years to come.

Walmart: Save Money. Live Better. Retail for Everyone.