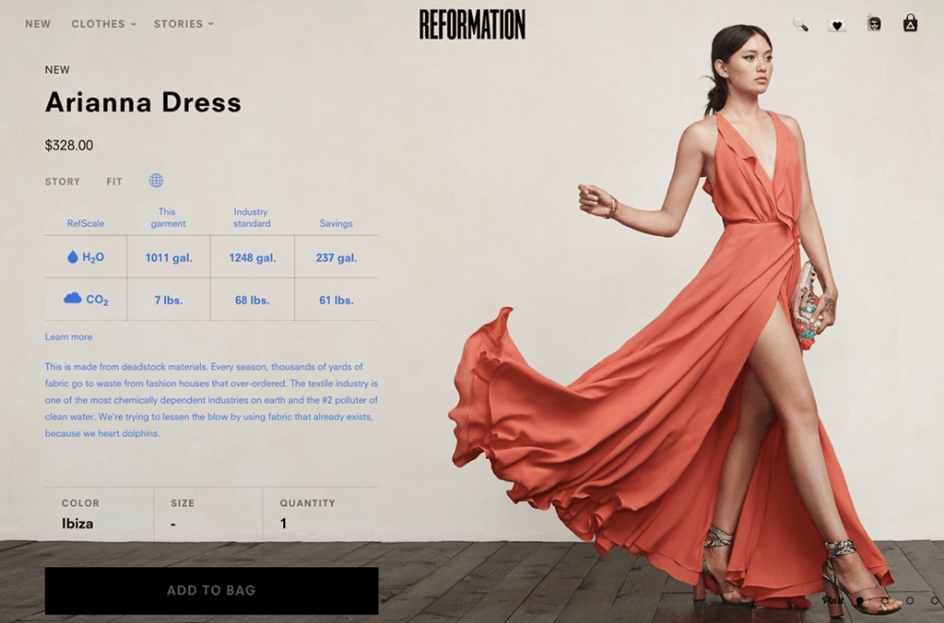 Facts about the Fashion Industry

The impact the fashion industry has on the environment is astonishing. 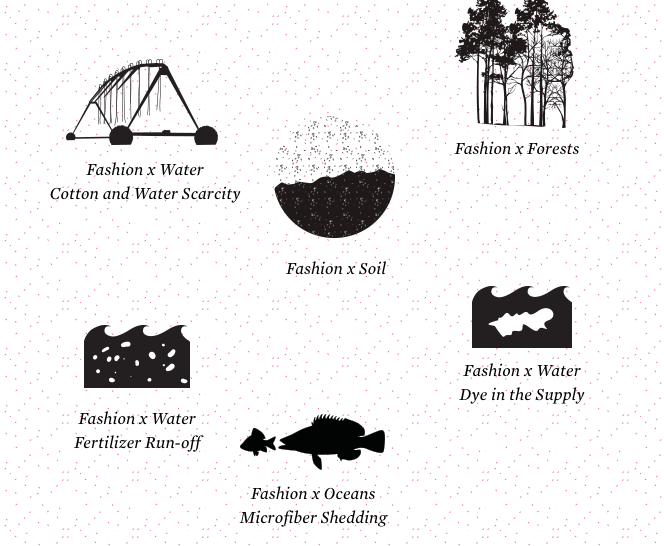 –  Nearly 70 million barrels of oil are used each year to make the world’s polyester fiber, which is now the most commonly used fiber in our clothing. But it takes more than 200 years to decompose. [1]

– More than 150 billion garments are produced annually, enough to provide 20 new garments to every person on the planet, every year. [1]

– Americans throw away about 70lbs of clothing per person every year. [1]

– The fashion industry is the second biggest polluter of freshwater resources on the planet. [1]

These facts, along with the documentary, “The True Cost”[ii], which chronicles the environmental and human rights violations of the fashion industry have changed my personal buying habits as a consumer. I no longer shop at fast fashion retailers H&M and Forever 21. But what’s the alternative?

Reformation is a fashion B-Corp making sustainability trendy. Created in 2009, Reformation’s mission is to lead and inspire a sustainable way to be fashionable.[iii] They are achieving this mission in the following ways:

I fully support how Reformation is attempting to transform the fashion industry. However, the problem is so widespread that it will take more than just a few start-ups trying to make a difference. It will require an entire transformation in how the fashion industry operates as well as how consumers make purchase decisions.

How scalable is this model? The fashion industry is so massive and the fast fashion epidemic is primarily due to the mass market consumer. In order to achieve real change, it will require industry overhaul. All major retailers and manufacturers will need to change their business models to focus on sustainability. One way to potentially achieve this is through increased regulation. Requiring companies to have sustainable manufacturing and employment practices will force fashion’s hand.  However, increased regulation could lead to increase prices of clothing.

Consumers need to be educated on the role they play in polluting the environment through fashion. They need to understand how the clothes they buy are made and the impact it has on the environment. I think if consumers were more educated on how fashion contributes to climate change and that their donated clothes will most likely end up in a landfill, they would change their behavior. This is especially true of US consumers who contribute most to the problem. However, this is easier said than done. The ability to buy cheap, trendy clothes makes consumers feel as though they have more purchasing power and status. Fashion has strong ties to personal identity. People with less money to spend are less likely to save in order to buy more expensive clothing.

Will Reformation be able to move from niche to mainstream? I would consider Reformation to be in the Affordable Luxury segment. Their price point is high for the mass market customer, but not unreachable. Beyond being sustainable, they produce clothes that are on trend and fashion forward. If they are able to find a way to reduce costs through scaling the business, I believe they have a lot of potential.

The NIKE Model: Garbage In, Sneakers Out