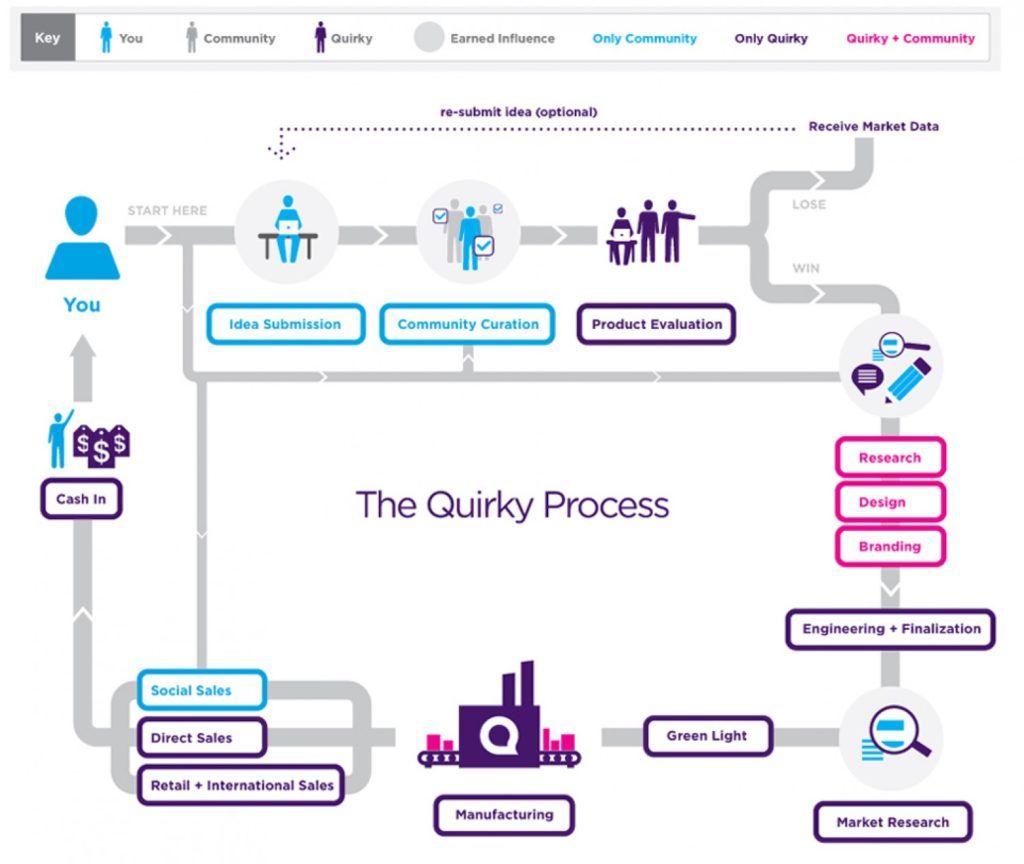 Back in 2009, a small-time-invention start-up called Quirky built a community that sold the world on the idea that crowdsourcing is the ultimate way of innovating and its platform would deisolate the innovators and problem solvers in all of us.  From voice-activated lightbulbs to paper-thin Bluetooth speakers that fit in your pockets, innovations no longer had to be done in a vacuum.

Anybody could join Quirky. On its online platform, users could submit ideas, assess and workshop each other’s inventions. The masterminds who won the majority approval, as determined by a community vote, would hear the rallying mantra “Congratulations, you’re a Quirky inventor!” and had their submissions passed onto Quirky’s panel of product-evaluation experts who had the final say on which ideas would be transformed into reality. Keeping with Quirky’s leave -the-rest-to-us business model, the company then patented, manufactured, marketed, and sold the products into Home Depot, Walmart, Amazon, returning 10% of profits to the inventors who posted the initial ideas as well as their influencers along the way. In some cases, this could amount to half a million dollars– a big sum of money for people who were not actually involved with any execution part of their “innovative concepts”.

With more than 1.1 million users, Quirky brought more than 400 products to market in 6 years, surpassing majority if not all innovation companies’ release records on this planet. Yet in June 2015, its founder Ben Kaufman, during a sweaty interview onstage, admitted that Quirky was all but “out of money”. In July, the news came that nearly the entire NYC staff would be laid off. In August, Ben officially stepped down as the CEO of the company, and the company filed for Chapter 11 in the following September.

It was not surprising that Kaufman himself, once frankly expressed that he was not sure if the company would survive. It so happened that for every profitable success, Quirky had waved in even more ideas like a wireless speaker with a built-in charging station that cost $390,000 to develop but only sold 30 units. The inconsistent profit generation had once amounted to loss of $185 million, all funded by investors including Andreessen Horowitz and GE, though even more heartbroken were the common dreamers who posted what had now become non-existent ideas and to whom the company’s death spiral felt like a true loss. 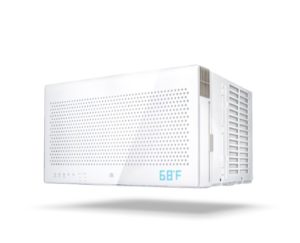 Why did Quirky fail?

I saw the severe lack of focus as its fundamental flaw. Quirky’s approach was to develop an idea and launch it at break-neck speed. Instead of launching 2 or 3 products a year, the company would launch 50. While it was impressive that the company could churn out so many new products, it was unable to focus on any product enough to develop it fully. For any startup, resources are limited and choosing the right priority is a matter of “life or death” —-

Different from Kickstarter who promotes mass innovations by doing nothing besides putting up a website, Quirky underestimated what is needed for successful launches of hardware products and got itself involved in all stages from funding to execution. The real challenge comes not only in prototyping, but more in manufacturing, distribution, marketing and sales. Iteration then becomes an important part of the product process. Typically, a startup will release a product, listen closely to the customers’ feedback, and release a new version with improved features. Hardware product validation and iteration cycles are even longer than software’s. Yet at Quirky, iteration bore nonresistance and once a product was released, it was never refined.

Additionally, managing cash flows of hardware sales is hard since you need to pay vendors months before you get paid by customers. Quirky was on 50,000 shelves in the country and the company produced a ton of inventory; consequently, Quirky overspent on inventory and continued to raise capital as opposed to growing on revenues, ignoring that strategic planning is extremely critical in the challenging hardware competition environment. I recommend any hardware manufacturing process to keep itself “lean” and produce based on JIT principle.

Any business comes down to one thing: the customer. Quirky clearly did not consider the customer to be the buyer of the product; if that were the case, it would have done something about the feedback from all the people complaining about its product defects and that its customer service was terrible. Indeed, by carrying everything on his shoulders, Quirky’s CEO probably also got himself confused who the company was trying to serve. When you look at an on-the-go beverage carbonators, a balance board that simulates snowboarding, or a foldable mug, it would appear that what led the company to set off initially was also the reason for its downfall: trying to be everything to everybody.

iSow and iReap – the automation and digitization of farming

Student comments on Quirky & Unique, a Peek into the Crowdsourcing Innovation Mob