Αs we journey through our current era, where green has become the new emblem of peace, the salvation color, and the token of hope, what lies ahead for the characters that pushed our love for the emerald color and became spokespeople of change? What does being a trendsetter really mean?

Tracing back the Seattle coffee maker’s roots, Starbucks’ commitment to society has been one of the company’s principal strengths for decades. The value added that buying a cup of coffee brought to the consumer went beyond the rich flavored experience and translated into social, education, and environmental impact. A precursor of change, Starbucks’ commitment to society began in 1995 with the coffee maker’s campaign Starbucks’ Commitment to Do Our Part (“DOP”)[1].  The socially oriented campaign was a response to CARE’s recent attacks on the company’s values. DOP was followed by the setup of Starbucks Foundation, Green Team, and Hot Cup Team. Being the first starter, Starbucks reaped multiple benefits, including the opportunity to capitalize on the first mover advantage and to claim the title of “trendsetter”.

Trendsetting involves constant innovation and preparedness to compete. As the era un sustainability approached, multiple corporations and even industries rightfully embraced change towards a “green model”. The active addressing of climate change in the world by these corporations provided validation to those searching for tools to defend the world from the sceptics.  Being part of an iterative process, socially responsible companies have been increasingly held accountable to their actions and revised under threatening lenses to assess the effectiveness of these. As pressure mounted on corporations, they began taking on an increasing amount of socially responsible projects to maintain the so longed for image of “green”. In 2004, Starbucks launched the Coffee and Farmer Equity (“C.A.F.E.”) Practices Program, aimed to ensure that purchased coffee is grown and processed in an environmentally and socially responsible manner, with the goal of purchasing 225 million pounds of C.A.F.E.[2] suppliers by 2007.

What an amazing trend to have set: saving the world. Is it easy to live by? In 1994, Starbucks first became target to attacks led by Peter Blomquist’s CARE[3], questioning the conditions and wages in which people worked in their Third World coffee growing countries. In recent months, once again the press and this time, social media, grilled Starbucks over the fluctuating and unpredictable working hours with little notice in advance, which some employees experience at the company. Because of this controversy, the once recipient of the Best Place to Work[4] denomination, saw a plumbing of their ESG[5] score to record low levels. Is Starbucks not a sustainable company anymore? Have we been decieved for years? Decade long sustainable companies have a difficult challenge to face as consumers expect corporations to integrate all aspects of their businesses into sustainable programs. There is much to do to stop climate change and prevent a chaotic midterm future, how far will the companies go to be participant of this change? How sustainable is the sustainable model for Starbucks?

“The third consecutive hottest year in record” sounds completely alarming, “ice-free Artic summers” is unimaginable, “50% mortality in reefs from coral bleaching in Australia[6]” is heartbreaking. As global warming advances, keeping up with the challenge of maintaining Starbucks’ business model alive will be extremely difficult. The physical implications the erosion of the land, the increasing temperatures expected to warm by 4°C by 2100[7], the rising of the sea level, or the population shifts that will likely happen, will endanger the sustainability of Starbuck’s current socially responsible programs. Most likely, coffee fields could be exposed to excruciating draughts that could shift the harvesting cycles of the company. Also, regarding labor, population shifts will probably increase cheap labor offer to a point that Starbucks is compelled to incur in low cost practices to offset the coffee cycle losses. These are some assumptions of scenarios that could attempt to tarnish the company’s reputation. 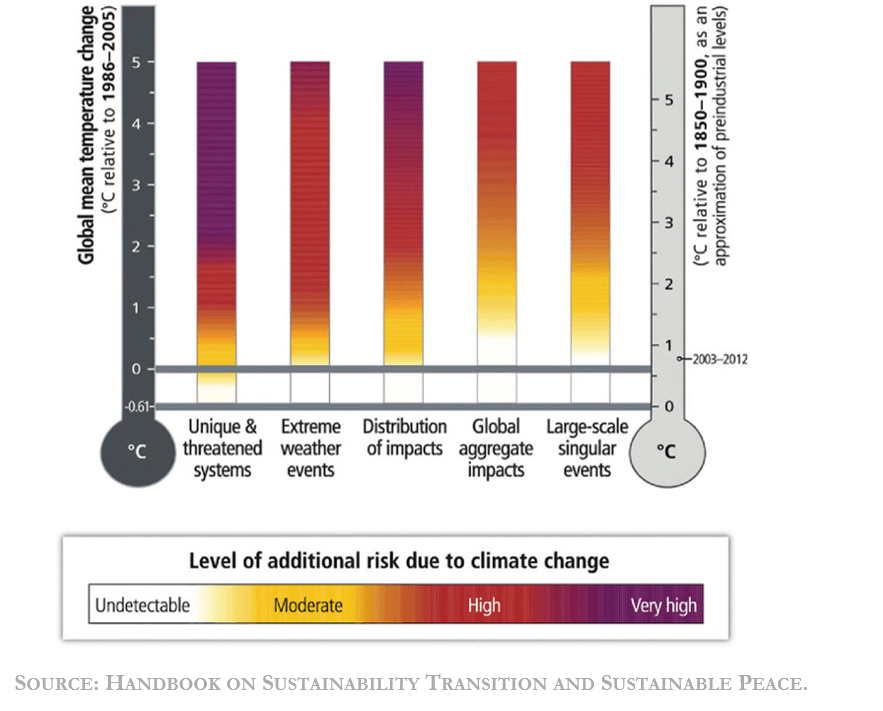 On May 2016, Starbucks issued the first U.S. Corporate Sustainability bond:

Net proceeds from the US$500 million offering of Senior Notes due 2026 at 2.450% will be used to enhance the company’s sustainability programs through Eligible Sustainability Projects. These action, is the first stepping stone into alternative avenues to keep on providing a socially responsible product considering the challenging road that lies ahead. As we prepare to embrace the future, Starbucks will need to address the pressing issue of securing resource procurement through research and development, finding new harvesting techniques for the business to even remain sustainable. Will these be enough to tackle the disturbing conditions in which we will be forced to live? At least, it will be a beacon of hope.

Climate change… Understanding the meat of the problem

Student comments on Questionable sustainability of Starbucks’ philanthropy: the threats of being a “trendsetter”