“No matter who you are, most of the smartest people don’t work for you.” – Bill Joy, founder of Sun Microsystems[1]

Crowdsourcing in the Public Sector

How do you solve critical problems and drive innovative solutions when dealing with constraints of time, talent, and resources? Municipal governments have consistently faced this challenge in their attempt to serve their citizens.[2] Big data has the potential to help cities improve operational efficiency, yet the public sector often lack the expertise and resources to use new data and methods effectively.[3]

The public sector has begun to tap into their constituents to provide fresh ideas, gather data, and develop solutions, taking a page out of the playbook of the private sector, which has increasingly looked to crowdsourcing as an cheap alternative labor resource.[4] Technology has “turbocharged crowdsourcing’s potency and application,” allowing competitions and open calls for ideas to reach the masses through social media, mobile apps, and web platforms, such as Kaggle, TopCoder, and DrivenData.[5]

The City of Boston has established itself as a leader among municipalities in leveraging crowdsourcing to solve civic problems. Founded in 2010 as the mayor’s civic R&D team, the Office of New Urban Mechanics serves as the headquarters of Boston’s efforts to use technology and data to improve quality of life in the city.[7] One concern, however, is that a city will become over-saturated with data gathered through crowdsourcing while still lacking the internal capacity needed to analyze it and implement changes accordingly.

In the short-term, the City of Boston is limiting its scope by leveraging crowdsourcing to improve delivery of existing services.

In 2011, the City developed a smartphone app called Street Bump intended to help find and fix issues in the city’s roadway infrastructure. The app uses sensors to detect sudden jolts as the resident drives.[8] When multiple phones report a jolt in the same GPS location, the app sends notice of a pothole that needs repair.[9] Street Bump helps the City optimize use of internal time and resources by creating “an army of volunteer pothole-spotters.”[10] 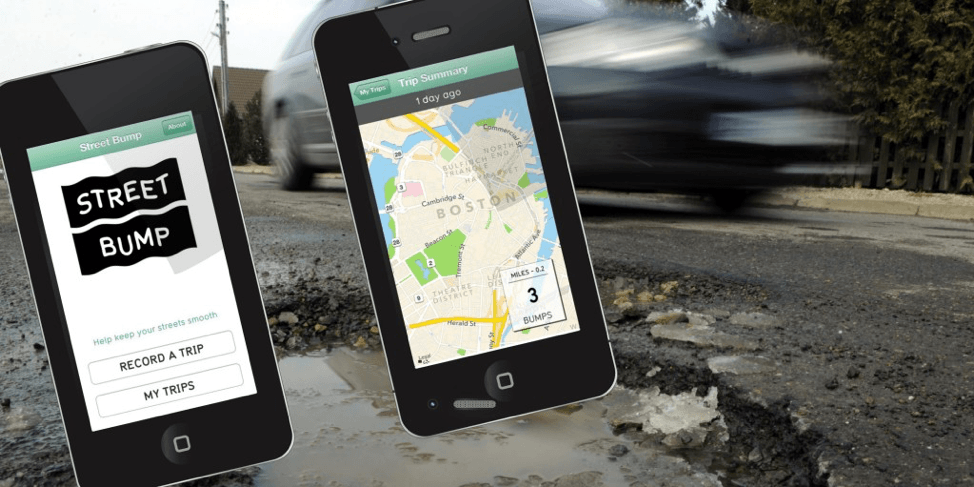 In 2017, the City launched a new effort to gather data from residents to improve its ‘311’ service. The online interface asks users to describe their issue in one sentence or less. This information feeds into a machine-learning algorithm that sends users to a shortlist of applicable resources – a major improvement from the original system which listed dozens of potential resources. Each complaint is used as a data point allowing the City to quickly identify shared issues.[11]

Going forward, crowdsourcing will facilitate Boston’s goal of improving citizen engagement and creating a more welcoming, equitable, and resilient city.[12] In broadening the scope of its effort, the City risks being overwhelmed with data; however, by developing partnerships, the City is increasing its capacity and ensuring its ability to execute on new ideas.

The City has partnered with ioby.org – a non-profit civic crowdsourcing platform – to support residents in projects intended to make Boston’s communal “third spaces” (e.g., parks, coffee shops, and churches) more welcoming, connected, and creative.[13] Once residents submit their project idea, the ioby team connects them to a coach who advises on how to scope the project, write a budget, and use the ioby platform to fundraise.[14] 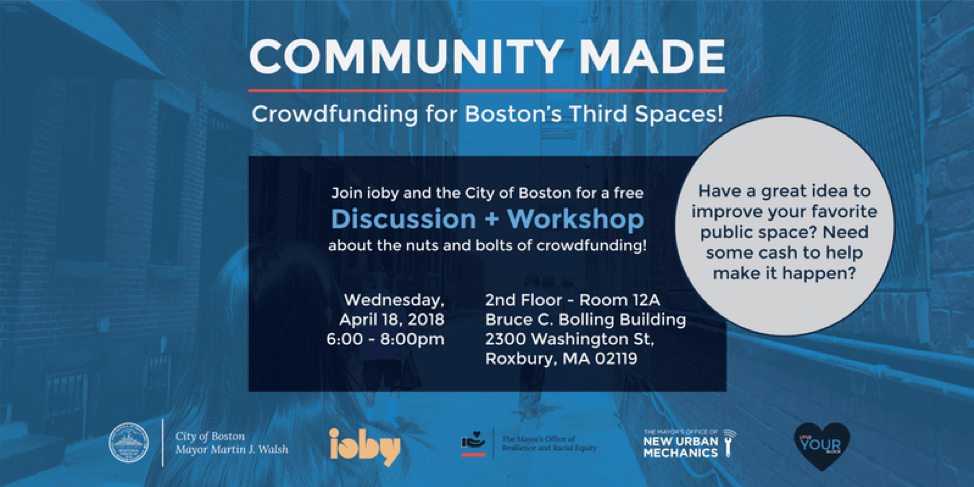 To use crowdsourcing in a high impact way, the City should do the following:

When are the limitations of crowdsourcing in government and when might it not be appropriate to use?

If the City outsources key tasks, does it jeopardize its ability to build internal talent and capacity?

12 Things You Didn’t Know About BuzzFeed and Machine Learning

Bots with a Touch of Humanity

Student comments on Power to the People: How the City of Boston is driving civic innovation through crowdsourcing