Chances are you have heard of Pokemon GO?  It is a smartphone game where the aim is to go around the world and catch virtual creatures called “Pokemon”.  The twist is that “the world” you go around in is the real world—as you move in the real world, you find new Pokemon to catch[1]. 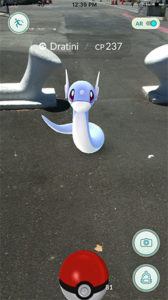 The game is built on an innovative operating model centered on mobility and augmented reality.  First, as a mobile game it can easily send and capture data from players, rapidly distribute games to new players, and know where users are physically.  Second, Pokemon GO’s developers, Niantic, developed new technologies to take real-world maps and rapidly integrate them into the in-game world, via both crowd-sourcing and proprietary algorithms[2].

On top of this operating model, Niantic overlaid a freemium business model, offering the game free to players but upselling items that enabled you to find more Pokemon (“lures”) and consumables needed to capture Pokemon (“pokeballs”)[3]. 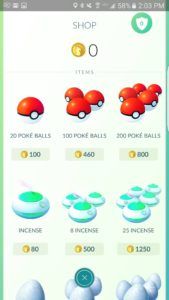 Bought together, these operating and business elements created dramatic results:

Rapid growth
Pokemon GO has grown quickly.  By leveraging both smartphone-based distribution and social media, the app had 130 million downloads in its first month[4], more than four times faster than the previous record-holder[5].  It hit 500 million downloads by its second month[6].

Rapid advertiser reaction
The novel use of augmented reality unlocked an entire new channel for marketing for thousands of businesses worldwide.  After only a few days, local bars and cafes spent millions of dollars buying “lures” to attract more Pokemon to their businesses.  Cities began selling themselves to tourists based on the concentration of Pokemon locations they had.  Guided tours sprung up as entrepreneurs led tourists around cities to hunt rare Pokemon[7].

New vulnerabilities
One new area of weakness is the many ways the game can fail.  Pokemon GO deals with massive cyberattacks from hacker groups, including a recent distributed denial-of-service attack in Europe[8].  Even without attacks, the game has experienced repeated server failures over time[9].  The distraction of Pokemon GO in the real world has also led to disasters.  Numerous drivers crash their cars because they are playing Pokemon GO while driving[10].  Criminals have used “lures” to attract Pokemon GO players to remote locations with the promise of Pokemon, only to rob them at arrival[11].  A driver killed two pedestrians in Japan as he played Pokemon GO while driving[12].

The way forward
What does the game go from here?  Niantic is already working to make the game more fun with new features.  However, I believe there is a broader opportunity to leverage the operating model.  For example, Niantic can leverage its backend work in augmented reality and easily extend into new games around new franchises like Harry Potter or the Disney universe.  In addition, Niantic is likely under-monetizing its base today.  With its vast troves of location and contact information[13], it can more directly extend into location-based advertising and upsell its customers into new games and tie-ins (maybe Pokemon plushies?).

More generally, the underlying augmented reality technology can greatly improve non-game apps.  Whether it is enabling fitness (Gamifying workouts?  Live posture correction?) or improving education (information on the world around you, delivered in real-time), the possibilities are endless.