Before you get your panties in a twist…

The internet is such a tease: stripping away profits, one click at a time…

Can the internet really take down an institution like Playboy though?

The NY Times notes, “Pornographic magazines, even those as storied as Playboy, have lost their shock value,
their commercial value and their cultural relevance.” [6] Playboy’s business model banked on the elusiveness of 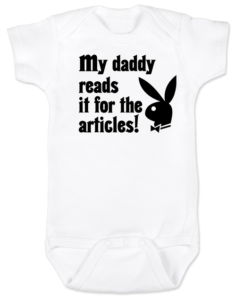 Playboy magazine’s circulation dropped from 5.6 million in 1975 to 3 million in 2006 and 0.82 million in 2015. [7] Banking on the adage that men buy Playboy for the articles, the magazine dropped nudity from its website and magazine in 2014 and 2015 respectively. This business model shift to top-notch journalism with artistic photos provided access to social media (which bans sexually explicit content) and additional advertisers, but also edged Playboy into a competitive space with elite brands like The New Yorker. [8]

Playboy’s operating model has expanded beyond the core of publishing magazines; the company now positions playboy.com as “sexy and safe-for-work,” offers iPlayboy for access to every issue of the magazine ever, gives Playboy bunnies Instagram feeds, and pushes a mobile app, Playboy Now, to allow readership across digital channels. [9]

Despite the business model and operational updates seeking to leverage digital solutions, Playboy is still losing ~$6M per year and is up for sale for $500M with no potential buyers. [11] While the non-nudity rebranding quadrupled its website unique users per month to 16 million, over half of Playboy’s money comes from licensing its brand. [12]

Can we save the bunnies? 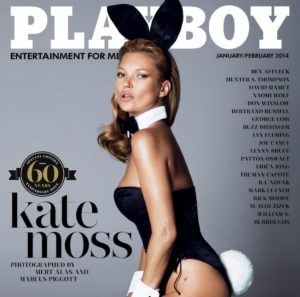 and return to its 1950s pinup girl roots with a clear and consistent brand message matching their non-nudity move. Then, they need to aggressively manage their bunny brand and expand merchandising, perhaps limiting licensing over time to control product quality. Finally, they need to find their Marilyn Monroe of the 21st century and create a Playboy bunny social media supermodel to keep the brand relevant and cool. Playboy can use these steps to position themselves as a classier, gender-neutral Cosmo magazine, providing the potential to retain male readers while attracting women who want to feel sexy (but not slutty). In the age of #freeporn, Playboy needs to leverage its iconic heritage and go back to basics to win in this digital revolution.

Tired of looking for a free parking space? FastPark tells you where to find it