Open innovation, more generally known as crowd sourcing, is a phenomenon which has only really been able to come to scale in recent years through the advancement of technology. This is not to say that in the past it has not been possible, but the logistical and technological barriers to achieve sufficient scale to drive material innovation on a sustained bases have not been overcome until recently. Quantopian is one such company which has capitalized, quite literally, on this new form of innovative sourcing, allowing it to achieve unprecedented growth and success in an industry predominantly dominated by the minds of a few. Quantopian is a platform which enables education of, and experimentation with, quantitative finance algorithms and allows “Select members [to] license their algorithms and share in the profits”[1]. As of October 2017, Quantopian had “crowdsourced over 500,000 unique algorithms from a community of 100,000 users – ‘authors’ – around the world”[1]. The importance of this scale boils down to the diversity of ideas which would previously be unachievable; however, with this breadth of new ideas comes the problem of selection and validity. As Quantopian continues to grow, the question becomes can they filter and select the algorithms for their portfolio on a scale and speed equivalent to their ability to globally source.

“Enterprise adoption of crowdsourcing can allow specialized skills to be dynamically sourced—from anyone, anywhere, as needed”[2]. Quantopian was one of the first companies to realize this can be applicable to the investment management industry and now, by providing the right tools, has an ability to source and implement ideas on a scale which was previously unachievable. This is important for two reasons, first, coming up with new ideas in the industry is difficult as the majority, if not all, of the low hanging fruit has been exhausted and second, with Quantopian’s current sourcing model, there is no large costs as they only need to “pay authors a share of the performance fee [they] charge.”[3]. To put the above differently, as Quantopian continues to scale their rate of idea generation will far outpace the rate of their cost growth, antiquating the models of many traditional investment managers.

With this sourcing model however, there are many challenges which must be overcome and as highlighted above the biggest may be selection. “Open innovation engagements tend to generate idea corpuses that are large, highly redundant, and of highly variable quality”[4] which is especially true with Quantopian’s low barrier sourcing. To address this filtering issue, Quantopian has taken several important measures. In the short term Quantopian uses standardized testing techniques to filter out easily detectable poor or fraudulent ideas (i.e. algorithms overfit to historical data)[1]. In the longer term, Quantopian is making sure to operate in a way in which new ideas which may not have fit the previous mold are capitalized on rather than discarded. As Thomas Wiecki, Director of Data Science at Quantopian, puts it “markets are changing constantly”[5] but “as new users from all over the world join the platform every day we have an inexhaustible source of fresh ideas that keep us one step ahead”[5]. With an eye on continued market innovation and a rigorous filtering system, Quantopian should be well suited to outlast many of it’s industry rivals if they hold steadfast to their traditional ways. 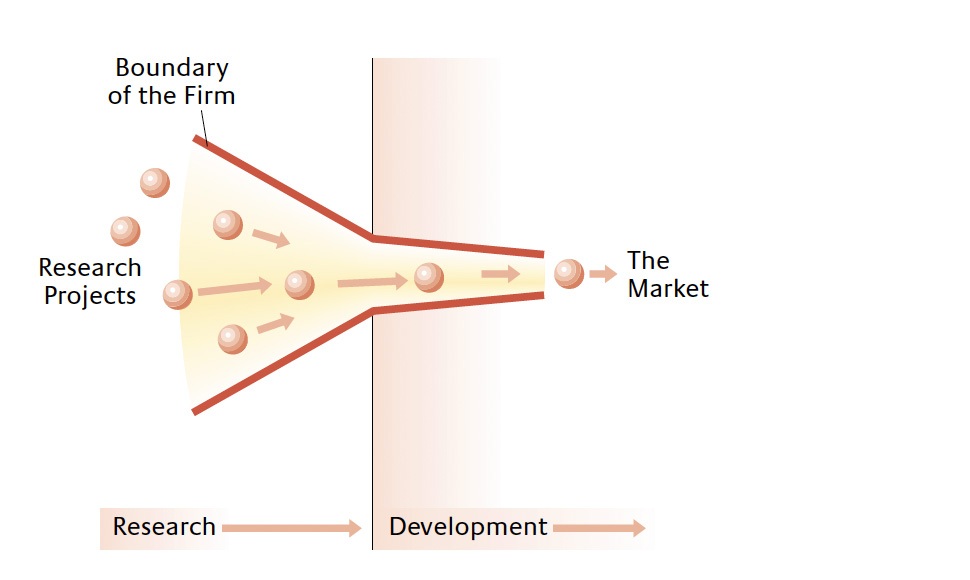 With everything that Quantopian is doing, it seems that they are well positioned to be around for the long term; however, at this juncture the biggest misstep that Quantopian, as an investment manager, can take is to find itself with negative returns in the first few years of it’s founding and soliciting the doubtfulness of its investors. The biggest potential to this happening is implicit to open innovation, and is due to the incentives of its authors. None of the authors are worried about the risk their algorithm poses in the context of all other submissions and are instead myopic to the potential returns of their own algorithm. Because of this blind spot that all authors possess, Quantopian must be careful to construct its portfolio in ways which mitigate this risk and allow it to optimize for long terms gains as well as reduced draw downs.

Student comments on Open Innovation in the Investment Management Industry: Is This The New Frontier?