In its August 2017 quarterly earnings report, The New York Times (NYT) Company reported a 6.1% revenue growth in the third quarter despite continuous decline in print subscriptions and advertising [1]. The path to digitalization has threatened the NYT’s readership and relevance, but management is harnessing this megatrend to its benefit. The new strategy is leading to shifting roles for the major players in the NYT supply chain, including the newsroom, the business/marketing unit, print and digital advertisers, and consumers who provide feedback and engage in co-creation of content.

Background: A Commitment to the Truth

Founded in 1851, the NYT has long been a preeminent daily news source providing high-quality reporting through a subscription-based model. However, the ways people consume news have changed drastically, and the NYT’s revenue growth is now primarily attributable to digital subscriptions rather than print advertising [2]. 2.2 million of its 3 million subscribers are paying digital subscribers, while print advertising, once the NYT’s core revenue stream, has declined 16% year-over-year [3]. The shift to digital presents the opportunity to save on printing and distribution costs, as well as to understand the consumer better through data collection. Yet, digitalization also poses challenges to preserving the authenticity of the media production chain and the credibility of the final product. 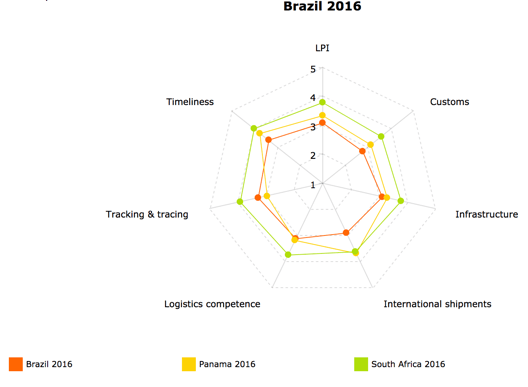 In an organization that traditionally emphasized separation of news reporting from its business operations, digitalization has encouraged the interconnectedness of these two functions [5]. Indeed, consumer feedback in most industries is critical to customizing products to meet demand and thus minimizing costs and inventory [6]. Likewise, in journalism, producing content that is determined popular by behavioral data can generate more views and contribute to a leaner reporting staff. But data-driven content optimization can lead to a “feedback loop” in which judgments of preferred content are based on consumer reactions to all previous assumptions and biases in the algorithms. This loop can derail validity of the data and undermine the newspaper’s control over its content [7].

The NYT has responded to the digital consumption of media by downsizing its reporting and editorial staff while growing its marketing and business strategy units. This shift in labor allocation reflects the expectation that increasingly more value will be generated from understanding and tailoring to the consumer. A plan was announced to redesign the NYT headquarters building and consolidate operations onto fewer floors [8]. An in-house data analytics software is being used in the newsroom to show reporters how readers are engaging with their content in real time. To preserve authenticity, marketing and business unit employees were banned from becoming journalists in the newsroom to maintain a “wall” between the two functions [9].

The NYT’s long-term plan includes several changes to the production process. They plan to designate select stories as primarily “visual” and assign the content creation to graphic or film experts [10]. While the NYT historically engaged with brands through print advertising, the new digital platform is beginning to re-engage these advertisers through ad-driven content such as sponsored video collaborations. It also plans to continue reaching consumers through innovative multimedia platforms including podcasts and interactive journalism [11].

Looking to the future, digital growth will continue to be a driver of revenue for the NYT. The NYT Company should hire executives with expertise in digital strategy who will emphasize responsibly growing the NYT’s digital presence and use of data. Digital transformation also presents the opportunity to expand internationally with little additional overhead. There should be ongoing investigation of the platforms people want to engage with beyond the existing podcasts and mobile application. I encourage using consumer data to drive the way content is presented rather than informing the content itself. I would also caution against over-integration of ad-driven content with un-paid content which can challenge validity.

Perhaps most essentially, the shift to digital allows for co-creation of content with readers, an aspect of the internet supply chain that has significant value-adding potential [12]. The NYT, until this year, individually moderated 12,000 comments per day, and the articles with allowed commentary were limited by moderating labor capacity. However, the NYT recently implemented Moderator, a system that uses machine learning technology to sort comments for moderation or automatically approve them [13]. I would recommend taking this a step further and using Moderator to experiment with varying degrees of leniency in moderation to encourage livelier yet respectful debate thus driving traffic to the page.

As the NYT continues its digital transformation, a few important questions arise: Does high-quality reporting have to precede marketing in the value chain, or is it acceptable for marketing data to drive news content? Should content co-creation by readers continue to be moderated or become open forum? Can machine learning be leveraged in other stages of the digital news supply chain?

Foxconn in the Age of Isolationism