In November 2016, a Chinese electric vehicle (EV) company Nio unveiled an extremely stylish high-performance prototype EP9 with 1,360 horsepower (which propels the car from rest state to 160 mph in just 7.1 seconds). The supercar matches the performance of top hybrid supercars such as LaFerrari and McLaren P1 [1], rivals Tesla’s Model X, and makes itself the world’s fastest EV. Can the company become the next Tesla, with its breathtaking design, breakthrough technology and strong support from the China government in fighting climate change?

Nio delivers the concept of future lifestyle, via cars – a closer look at Nio. The startup was formed three years ago. Backed by a number of top venture capital firms, including Chinese tech giant Tencent, and Temasek, Sequoia Capital, Lenovo, and TPG, is valued around $3bn [2]. It has hired top talents from Tesla, Ford, and Lyft. In early 2017, Nio announced another EV concept – Nio Eve by 2020, which is autonomous and equipped with AI. Some remarkable features: the NIO Eve has a panoramic roof, lounge-like seating, and digital displays provided on the active glass. It shoots for an implausible range of 600 miles, with a wireless charging system that will provide 200 miles with a 10-minute charge. [3]

China’s push for EV shows its industrial ambitions can endure big political shifts. Is it an opportunity or a threat to Nio? Propelled by vast investment of government money and the hope of dominating next-generation technologies, China has become the world’s biggest supporter, maker and seller of EVs. Chinese buyers have snapped up almost 300,000 of EVs in 2017, three times the number expected to be sold in the U.S. and more than the rest of the world combined [4]. The Chinese government has called for one out of every five cars sold there to run on alternative fuel by 2025, and issued new rules that would require the world’s carmakers to sell more alternative-energy cars to them if they wanted to continue selling regular ones. However, if not executed properly, the policy could slow down the EV conversion process and hurt companies such as Nio in two major ways: 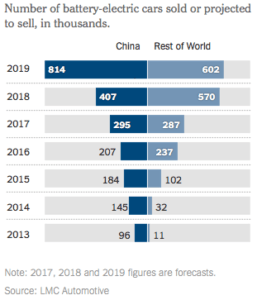 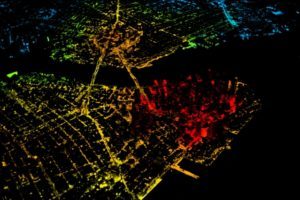 Could EVs bring a meaningful reduction in the greenhouse-gas emissions that are causing global climate change?

The short answer is yes. According to researchers at MIT, roughly 90% of the personal vehicles on the road daily could be replaced by a low-cost EV available on the market today [5]. That would more than meet near-term U.S. climate targets for personal vehicle travel. However, the adoption of EV might be mostly limited in dense urban areas such as New York because of the range constrained by current battery technology.

To build a sustainable business, Nio first should overcome its major bottlenecks in supply chain, particularly in battery and mass production. A complete supply chain of an EV includes vehicle manufacturing, energy storage, energy infrastructure, distribution, and value-added service. In China, the last three are mostly operated by state-owned entities, which makes battery and manufacturing open to competition.

Battery and battery management system (BMS) are the heart of an EV. “Buy or build battery?” was a question Tesla faced, who ultimately decided to build its own Gigafactory. Nio on the other hand, purchases batteries from third-party OEMs. In terms of BMS, Nio picks battery-swap as solution, instead of investing in energy density technology. Further, without the ability of mass production, Nio might never make a profit through economy of scale, and will ultimately lose favor with investors.

The management of Nio has taken some steps to address the supply chain issues. In a short term, the management outsourced its entire production to JAC, an established Chinese automaker through a $1.5bn joint-venture [6]. It has successfully attracted capital funding to a total of $2.1bn [7] and another $1bn from Tencent in early November this year [8]. For the next 5-10 years, the management expressed its intent to build own battery lab and manufacturing facilities. 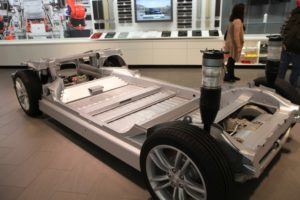 In my view, the above measures from the management are too slow and far from enough. I believe more aggressive investment needs to be allocated to R&D. I also think it should leverage the power of its high-profile Chinese investors to lobby the China government for more favorable terms in building its own manufacturing and battery charging facilities, instead of outsourcing. And the bigger question for Nio remains – how can an EV company with the mindset of rewriting rules of luxury supercars manufacture the cars for everyone at scale and cost?

[5] Electric Cars Could Replace 90% Of The Vehicles On The Road, MIT Study Finds http://www.huffingtonpost.co.uk/entry/electric-vehicles-could-replace-90-of-the-vehicles-on-the-road-mit-study-finds_uk_57b330a9e4b0730aab64b084