Coin is a credit card shaped device that links to a customer’s smart phone.  The device can be programmed to mimic any credit card’s magnetic stripe when used at a credit card terminal.  Customers can add all of their credit cards to the Coin, as well as loyalty cards and gift cards. Because the shape is identical to a conventional credit card, it can be used anywhere cards are accepted, and eliminates the need for customers to carry a wallet full of plastic cards.

While Coin aims to combine all cards into one, its competitors, such as Apple Pay, eliminate cards entirely by using the smart phone to make payments using Near Field Communication (NFC) technology.  This technology allows payments to be made by touching the phone to a payment terminal.  However, merchants must have an NFC compatible payment terminal, requiring a substantial investment for the merchant, and slowing NFC adoption.  Coin has the short term advantage of being compatible with all existing credit card payment terminals, and can be swiped as if it were a regular credit card.

Coin sells devices for $99 – $129, and does not collect any ongoing transaction fees when the Coin is used.  Because Coin does not generate any additional from customers after the unit is sold, they must rely exclusively on unit sales and seek widespread adoption in order to be successful.  This is in contrast to Apple Pay and other competitors, who are able to take a transaction fee when customers use their product. 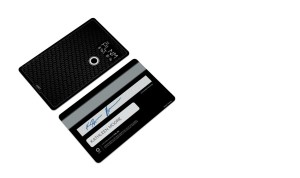 Coin is primarily a device company, rather than a payments technology.  Coin can flourish under the current system of magnetic stripe credit card payments, but they must deliver a product quickly in order to get ahead of slower moving competitors who must rely on merchant adoption to fuel their success.  If Coin can achieve widespread adoption, it may be able to slow the spread of NFC technology and other competitors, and prolong its relevance in the payments space.

In November of 2013, Coin launched a crowdfunding campaign to considerable fanfare, raising the required $50,000 in just 40 minutes [1].  The design team faced a daunting task of fitting an embedded chip, Bluetooth connectivity and a battery into a device the same size and thickness as a credit card. 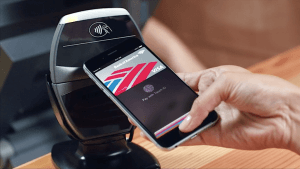 The anticipated date to ship devices to consumers was Summer 2014, but when the date arrived, Coin announced that it would only be available in a limited beta to select customers [2]. The company claimed the final product would ship in Spring of 2015, nine months late.  Not long after, Apple announced the launch of Apple Pay on September 9th, 2014 [3].  This gave Apple months to build support for its technology while the Coin was still under development.  Apple Pay quickly generated impressive usage statistics, racking up over a million users in just the first three days, and compatibility with thousands of large retailers [3]. 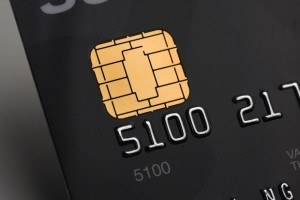 Another looming issue while the Coin was still under development was the October 1st 2015 deadline for merchants to accept EMV enables credit cards, or face increased liability from credit card fraud.  EMV is a chip included in credit cards which makes them more difficult to forge. Coin was not fully EMV compatible, a serious development shortcoming.  The EMV shift was a boon for Apple Pay, because merchants needed to invest in updated payment terminals to meet the new EMV requirements, so it was easy to purchase equipment which also accepted NFC payments at little extra cost.

The Future of Coin

Because of the delays in designing and manufacturing the product, Coin missed the opportunity to fill a niche and prolong its relevance. Consumers complained that despite the claims, the Coin did not function at all credit card terminals [4].  Coin failed to align its product development operations with its higher level strategic and timeline goals.  Key to the success of the business was delivering a fully functional product, with EMV capabilities, before widespread NFC adoption took place.  While it is still early in the company’s life to determine its fate with certainty, Coin struggles to provide customer value in the current market, while still being dogged by complaints the the Coin isn’t fully functional.  By not aligning their development and manufacturing timelines to take advantage of the payments landscape, Coin severely disadvantaged itself and may struggle to gain any meaningful adoption.

Success of SF Express in China

6 thoughts on “Missed Opportunities at Coin”