As the impact of global climate change grows in importance to governments, businesses and consumers, one business has been able to deftly manage its perceived contribution to helping reverse the trend despite acting as a net contributor to the underlying problem. Although the Company will need to adapt its operating model to adapt to changing ocean acidity and temperatures, the Company has positioned itself well for future financial gain.

Marine Harvest ASA (“MH”) is the largest producer of salmon in the world, producing over 420,000 tons of salmon in CY 2015 and generating ~$3.5 Billion in revenue. MH operates in the salmon farming segment of the salmon market, which composes 70% of global salmon production (1). MH notes in company filings that rising ocean temperatures and ocean acidification represent substantial threats to the commercial fishing industry and that it is important for MH to “do our part to help reduce greenhouse gases in the atmosphere” (2). EPA data on global sea surface data as seen in Exhibit 1 underline the increasing warming that generates problems for MH.

Many other major issues are expected to further affect fish populations and production worldwide. Loss of snowpack, increased forest fires, more severe storms and rising ocean waters are expected to do damage to salmon estuaries and spawning grounds which will deplete natural stocks (4). Ocean acidification will damage natural food chains by destroying plankton and mollusk shells, salmon’s natural food source (5). MH has to be able to protect its production from diseases and hampered food inputs that could result from these changes. Luckily for MH, however, MH’s production is better protected from many of these issues versus commercial salmon fisheries and so will not suffer to nearly the same extent as this 30% of the market. A major notable indirect effect of Climate Change on organizations such as MH is that their own production of greenhouse gases and energy use will be scrutinized by NGO’s, consumers and governments, so MH will need to be ahead of the curve or is at risk of regulation limiting output or certain practices.

Instead of falling victim to scrutiny, MH has positioned itself to benefit from trends in global climate change while publicly touting its minimal contributions to the fight against global climate change. Marketing material favorably contrasts the carbon footprint of MH farmed salmon vs other meats such as pork and beef as seen in Exhibit 2.  MH has also invested in and been subsidized in developing farming capabilities that are insulated from climate changes impact. Using public goodwill for reversing climate changes impact, MH received an incentive from the Norwegian government to develop and be licensed to use commercial closed containment farming. MH in conjunction with another company developed the “Egg” which can hold 1,000 tons of salmon and avoids virtually all issues faced by outdoor fisheries, as shown in Exhibit 3. Continued innovation only strengthens MH’s market position while others will struggle with climate deterioration. Meanwhile, MH pays lip service to its positive impacts on climate change as a means of avoiding regulation. The Company mentions the Aquatic Stewardship Council (“ASC”) 110 times in its annual report and touts its own transparency in the quality of climate change related information it discloses to the marketplace versus peers. Ironically, MH’s disclosures do not paint a pretty picture for its mitigation – much less reversal – of negative externalities generated by the Company. From 2013 – 2015, annual salmon production at MH increased at a CAGR of 11%, but energy consumption and CO2 emissions grew at a CAGR of 36% and 38%, respectively, as seen in Exhibit 4.

The macro trends for MH are very positive if it can maintain its market position. As MH has projected, 2 billion more people will live on earth in 2050, the food supply will double and 47.5 million additional tons of aquatic food will be required (2). Global climate change will concurrently do major damage to wild salmon production, which will be tremendously deleterious since 90% of world fisheries are currently fully or overfished. In this context, MH should continue to stress its comparative positive impact on the climate versus other animal proteins and its climate change advocacy. More importantly, the company should invest in R&D to ensure sustainable inputs in its food production as natural sources of salmon feed are threatened. Finally, MH should continue to innovate products like the egg which help to protect its salmon production from ocean warming and other adverse effects. 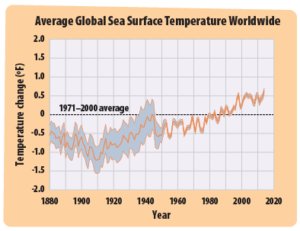 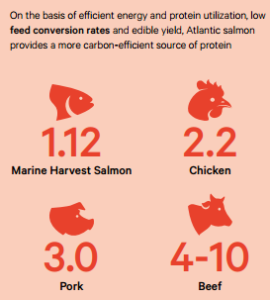 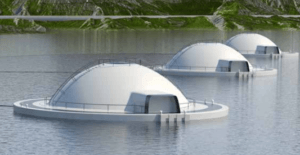 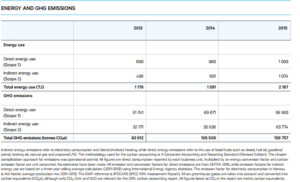 Is my Ice Cream Going to Melt? How a New Global Policy Will Change Cold Food Transportation

Mystery of Uber’s Sharing Economy: Eco-friendly hero or a new form of hyper-consumption?