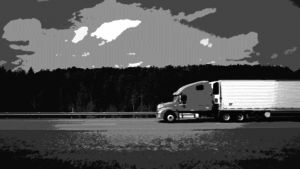 Trucking is among the largest occupations in the U.S. There are ~1.7 million heavy truck drivers domestically. Including drivers of light trucks and buses, this number rises above 3.4 million people. [1] That’s astounding! Truck driving touches 2.5% of those employed in the country – and their families – not to mention the many people who drive along trucks on the highway or walk in front of trucks at cross-walks.

Yet, stats from NHTSA indicate that, in 2014, there were 3,903 people killed and ~111,000 people injured in crashes involving large trucks. [2] In 2015, there were 4,067 fatalities in large truck accidents; this was an increase of over 4%. Across all highway traffic, the rate of fatalities per vehicle-mile-traveled also increased! [3] Truck driving is one of the largest occupations – and it’s becoming less safe for everyone.

In addition to human costs, there are financial costs. A DoT study estimated that the average cost of a truck accident was over $91,000. [4]

How can we fix this? 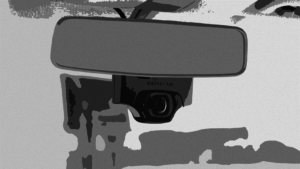 While myriad companies are working on the autonomous future of trucking (Daimler, WABCO, and Otto/Uber, etc.), a company in San Diego is using the increasing digitization of trucks to solve these safety problems right now. [5-7] It’s called Lytx (as in ana-“lytics”).

Lytx operates on the premise that digital technology and analytics can make trucking safer and more efficient – getting shipped goods where they need to go while every trucker, highway user, and pedestrian goes home to their families.

Lytx’s core solution, called DriveCam, is a cellular-enabled video recorder installed near a rear-view mirror in a truck. The video is “two-way” meaning that it has cameras that face both out (i.e., onto the road) and in (i.e., into the cab of the truck). If embedded sensors detect a risky driving event – say, hard braking, sudden acceleration, swerving, or excessive speed – the device captures video. [8] Then the recording is uploaded to a central database where it is scored by Lytx’s algorithms to determine the riskiness of the event. In the unfortunate event of an accident, DriveCam provides a record of what happened – potentially exonerating a trucker who could have otherwise lost their job.

However, no driver – nor Lytx – wants an accident in the first place! To this end, Lytx has created a more comprehensive service called ActiveVision (see below). ActiveVision links DriveCam with a truck’s Engine Control Module and third-party advanced driver assistance systems (so called, ADAS). [9] With more information from sensors throughout the truck, Lytx’s analytical engines have a more complete picture of how a driver operates in different situations. Hard breaking or swerving can, in fact, be good driving depending on the situation. Conversely, other behaviors – such as rolling stops or driving too close to a lane barrier – can be dangerous, but accelerometers alone might not capture them. 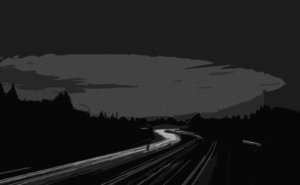 Lytx uses this holistic information to provide immediate in-vehicle alerts (when immediate action is required) and post-drive, video-based coaching. Information from a variety of sources is married with human follow-up to ensure learning and increased safety, going forward.

Lytx has also developed a machine learning algorithm, called AutoTune, which operates in the background of ActiveVision. AutoTune uses each mile driven by a truck to enhance ActiveVision’s recognition of potentially dangerous driving and minimize the likelihood of false alerts.

Does it work? Yes. The Virginia Tech Transportation Institute estimated that if DriveCam, alone, had been installed on all heavy trucks in the U.S. from 2010 through 2012, it could have saved 801 lives per year and avoided over 39,000 injuries per year. [10] And, this is arguably conservative in that it excludes many different types of accidents.

While concerns about “Big Brother” are a potential threat to Lytx, as Swift Transportation’s (one of the nation’s largest freight trucking companies) President and COO said, “we are not watching the driver; we are watching out for the driver.” [11] Lytx’s product is about driver safety and driver security.

Going forward, Lytx should advance their mission in at least three ways:

First, Management needs to continue educating drivers on the benefits of these systems. Although the product may seem “creepy,” the truck drivers that do their job “the right way” (and don’t text and drive!) should want the opportunity to protect themselves from career-ending lawsuits.

Second, Lytx must continue to be “part of the ecosystem” and integrate with new ADAS technologies. AutoTune’s machine learning gets better with more contextual information about a driver’s behavior.

Finally, Management must have a technology roadmap that negotiates an increasingly boring driver experience. As trucks become more autonomous, drivers will need stimulation to stay “on-call” in the event they need to take control. Gamification could help here.

In February, Chicago-based PE firm GTCR acquired Lytx (reportedly for “more than $500 million!”). [12] They clearly see a lot of potential. I do too. What do you think?

Using digitalization to eliminate the unbanked in Colombia