The majority of the world uses social media, and this number is continuing to grow. As of January 2016, there were 2.1 billion people on social media worldwide, which is approximately 70% of Internet users and over 30% of the world’s population [1].

In terms of frequency of use, Instagram is the second most used social media platform after Facebook, with 400 million active users spending an average of 21 minutes per day on the app. Instagram has experienced higher growth than Facebook in recent years, with 106% user growth observed for adults from 2012 to 2015. Instagram is used especially frequently among millennials, with 90% of its user base under the age of 35 [1]. 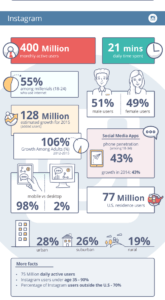 As detailed in the HubSpot case, traditional outbound marketing, such as direct mail, is becoming less effective for many businesses [2]. Instead, inbound marketing tactics like search engine optimization and features on social media posts are more frequently driving consumers to make purchases. By creating content that adds value for suppliers’ target consumers, inbound marketing enables much more focused outreach with leads costing five to seven times less than leads generated through outbound marketing [2].

Instagram is a platform frequently used by consumer and retail brands for inbound marketing. Some brands have partnered with celebrity endorsers to gain features, but as a PR spokesperson for handbag brand Botkier noted, “We see higher conversions off those [digital style bloggers] than we do with celebrity placement that we might have paid money for” [3]. These so-called “digital influencers” are becoming increasingly important to brands as studies have shown that “marketing-inspired word-of-mouth generates more than twice the sales of paid advertising, and these customers have a 37% higher retention rate” [4].

Style bloggers take several approaches to generate income, from earning fees for sponsored content in posts they create themselves to official marketing campaigns with content created by product manufacturers. Some influencers have shifted towards actually selling products by collaborating with manufacturers on collections, offering services, or establishing online stores [3]. One of the most common methods, however, is through affiliate links.

Where does LIKEtoKNOW.it come in?

LIKEtoKNOW.it is the primary vehicle for affiliate links on Instagram posts. When readers click on affiliate web links included in posts, a cookie is dropped on their computer that tracks purchases on the linked site. This enables bloggers to earn a commission for any purchases made by their readers on retailers’ sites [5]. Instagram does not allow users to include external links in posts, so retail start-up rewardStyle introduced LIKEtoKNOW.it in 2014 to circumvent this restriction [6]. When LIKEtoKNOW.it users “like” an Instagram post, they receive an email with affiliate links for the post’s purchase details, allowing influencers and rewardStyle to earn commission-based revenue from Instagram-influenced sales. 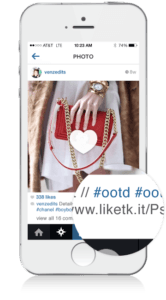 How are they doing?

LIKEtoKNOW.it has enjoyed rapid growth in its three years of existence. Within its first year, it generated $10 million in revenue and 75 million emails [6]. Now, it generates $100 million in sales with seven million emails per month. Over 1,000 pieces of content are published daily for 1.9 million users, 75% of whom are 18 to 34 years old [7]. It has partnered with almost every major retailer (e.g., Nordstrom, Top Shop, Neiman Marcus, etc) with commission rates averaging 13% but sometimes exceeding 20% [6]. In terms of how this translates to influencers themselves, RewardStyle expects its top bloggers to earn over $50,000/month in the fourth quarter holiday season [5].

Where can LIKEtoKNOW.it go from here?

LIKEtoKNOW.it’s current growth can be credited to its value proposition as the first affiliate links program available for the most popular platform for online blogs, but it needs to continue to innovate in order to avoid becoming irrelevant when Instagram’s popularity eventually fades. One way to achieve this is by continuing to stay ahead of the trends for inbound marketing and online blogging channels as social media trends shift. Another method is to expand partnerships beyond traditional retailers, as LIKEtoKNOW.it has already begun to do by partnering with Starwood Hotels [8]. Finally, it has the opportunity to leverage its massive dataset on consumer purchasing behavior to grow beyond its current offering, which it is starting to do by sharing this data with Google to support its new “Shop the Look” page [9]. 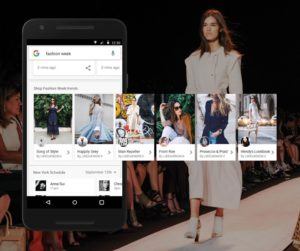 LIKEtoKNOW.it has an attractive value proposition for the current market, but it remains to be seen whether or not it will be able to adapt and have a longer-lasting presence as the market develops.

Lending in the digital era: Goldman Sachs embraces the challenge