The Kardashian family is known around the world equally for its controversial ascension to celebrity as well as for its savvy ability to monetize fame. While this shrewd matriarchy brought Kim Kardashian to astronomical heights, no family member has more radically transformed or adeptly navigated the digital landscape than nineteen-year-old Kylie Jenner. As the youngest member of the clan, Kylie is a digital native who demonstrated her true genius with the launch of her company, Kylie Cosmetics.

In November 2015, Kylie released her first line of makeup products, a series of three matte lip-kits. The products sold out in under a minute, freezing the website and temporarily “breaking” Google Analytics [1]. Kylie’s follow-up release generated over 200,000 active users [2]. How did a teenager generate more interest than major releases from industry titans with billion-dollar budgets? Like her makeup tutorial, it took three crucial steps.

Step 1: Kylie used digital media to create an aspirational, yet relatable brand that engaged her followers.

Kylie quickly adopted social media platforms to generate a loyal community that now includes 79M Instagram followers and more Snapchat users than any other account [3]. She accomplished this by granting fans unfettered access to her daily routine through frequent posts. Moreover, the content is fun and engaging. Editor-in-Chief of Teen Vogue, Amy Astley, explains: “She’s doing everything that teenagers want to be doing—driving around in a fabulous car, hanging out with her friends, not appearing to be too burdened by schoolwork or homework or too many responsibilities. It’s a total, vicarious thrill.” Next, she balances aspiration with relatability. While her lifestyle exudes exclusivity, “when you break it down…it’s normal teen stuff” [4]. Last, she uses multiple content types to enhance this world – the launch of her makeup line was complete with a full music video. 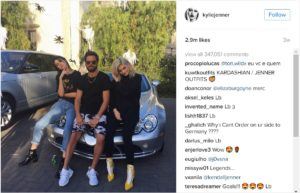 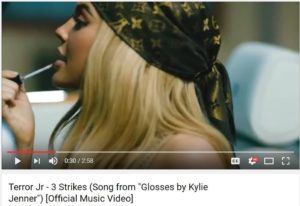 Kylie offered her devotees an exclusive slice of her brand by fomenting scarcity to increase demand. Kylie accomplished this by partnering with Ultrabrand to develop a website and e-commerce infrastructure to sell her lip-kit products.  After teasing her fan base with upcoming release dates, she pulsed the market with limited product launches, deliberately suppressing inventory levels and guaranteeing stock-outs. She fed the flame mid-launch with Snapchats apologizing for the website shutdowns and imploring if her developers “can fix it [Google Analytics’]” [5]. The limited production garnered significant press coverage, posts from frustrated customers on social media, and incredible price increases on secondary markets (re-selling as high as $3,000 per kit or a 10,000% markup) [6]. Each aftershock contributed further to increase demand. Professor Robert Phillips of Columbia explains, “It’s this rare situation where you get a combination of scarcity and a status item.” Professor Z John. Zhang of Wharton further emphasizes: “People aren’t buying functionality, they are buying desirability” [7]. 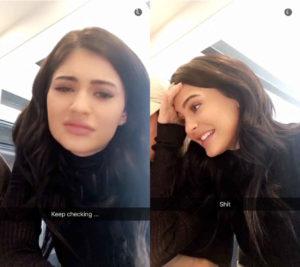 Following her launches, Kylie frequently posts to Snapchat to help customers with a hassle-free makeup application process [8]. Customers can also download the Kylie app for $2.99 per month to watch Kylie explain tips in even more depth. 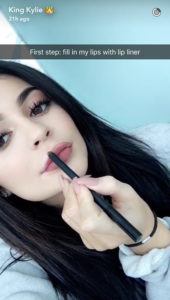 Kylie’s cosmetics generated such an incredible buzz that it risks a short lifespan as a “trendy” product. To her credit, Kylie has increased both the frequency and inventory amounts for her launches to mitigate this issue. An additional solution could be to partner with more traditional media players to lend credibility. Kylie could partner with leading makeup artists and obtain placements in print magazines (e.g., Vogue, Elle, Alure, etc.) to garner additional legitimacy. In addition, she can explore partnerships with the Cosmetic Executive Women (CEW) beauty organization as well as submit her products for industry awards.

Increasing the appeal of her products to a broader audience may also pose difficulties. While her cabal of loyalists will continue to buy, she likely maximized her reach with that segment. She should consider taking note of brother-in-law Kanye West’s strategy of supplementing digital platforms with traditional retail pop-up stores that capture the attention of young urban-dwellers and create an in-person experience of their worlds.

After further consideration, though, perhaps Kylie isn’t after growth after all. Kylie may not aspire to create the next Estee Lauder, but rather amass a conglomerate of many small niche businesses. Her recent decisions to launch a sneaker deal with Puma, develop a line of hair extensions (Kylie Hair Kouture), and release apparel and accessories under the “Kendall + Kylie” brand seem to indicate her preference to increase the breadth, not depth of her business empire. 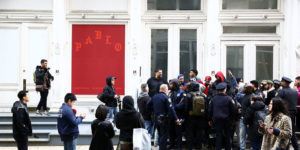 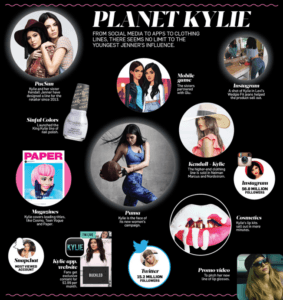