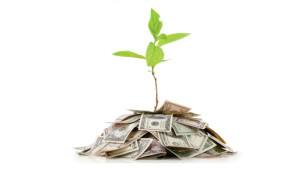 Kickstarter helps artists, musicians, filmmakers, designers, and other creators find the resources and support they need to make their ideas a reality. Kickstarter now has an enormous global community built around creativity and creative projects. As of date, Kickstarter has attracted more 10 million people to fund more than 97,000 projects, and turned 37% of these projects into actual, tangible projects. [1]

Kickstarter creates tools and resources for people with creative projects to propose and pitch their ideas, set monetary goals for fundraising, and receive financing for these projects from private investors. Kickstarter popularized the idea of “crowdfunding”, where creators go directly to their potential customers and ask them for money in return for the finished product – as well as more rewards for those who choose to pay more.

Figure 1 shows an example of a Kickstarter campaign page. Typically the projects will offer little rewards or thank-you gifts to donors, depending on how much is pledged ($1, $10, $50, and so on). Page is actively updated with announcement and milestones, enticing users to check back often.

Impressive Growth: The growth of pledge from $28 million in 2010 to $529 million in 2014 implies a CAGR of roughly 108% over the five-year period. Kickstarter takes 5% of every successfully funded project, so with current $1.83 billion successful dollars funded, Kickstarter has collected as much as $91 million in fee revenue. In 2014 alone, $529 million was pledged and assuming stable level of success on funding efforts of 86%, Kickstarter earned $23M in revenue. [3]

There are many other crowdfunding alternatives but Kickstarter differentiates itself through its intentional operational decisions, outperforming competitors both in absolute amount of money raised, diversity of ambitions of the projects presented, as well as success rates.

With its mission to help bring creative projects to life, Kickstarter only funds creative projects, where only one specific thing will be made, such as films, music, stage shows, comics, journalism, video games, technology and food-related projects. It’s not a platform for people to crowdfund raise for tuition, charity, or start-ups. This creates a likeminded, dedicated community – the most important intangible asset for the company. Kickstarter supports the community by its commitment to creative work, supporting its own employees to work on their own creative projects, as well as devoting 5% of its after-tax profit towards arts and music education.

Projects link quickly to social media through “share” button, making it effortless to bring network of friends and supporters to create traffic and interest to the campaign, which is key to the “crowd” effect. Kickstarter understands how to leverage the power of Facebook as it’s the only platform that shows a detailed preview of the campaign when other platforms only show small pictures.

Kickstarter is available across almost all major platforms – web, iOS, android – providing ease of use and access for projects anywhere. Every project has a discussion section allowing users to comment, ask questions, and interact directly with the entrepreneur/creator. Once a backer pledges into the project, Kickstarter allows continuous interaction and engagement with backers to create a fan base, community, and trust among company, creators, and users.

Kickstarter has transparent, easy-to-use product that works seamlessly whether user is browsing, asking questions, or interacting to payment. The platform has best graphic design that creates simple, beautiful interface for creators to proudly showcase their projects. Also, Kickstarter hosts and supports crowdfunding campaign videos on their site (while others use “YouTube” linking given technical difficulties of video hosting), because Kickstarter understands that the entrepreneur’s time, money, and talent in creating the video is an intangible asset for the company (instead of giving it up to YouTube). [4]

If funding goals are not reached on a Kickstarter campaign, the project founder gets nothing and the backer does not get charged anything. This means any donation/investment could be the one that “makes or breaks” a project’s funding goal, raising sense of responsibility and creating a great motivation for everyone involved. In addition, this model guarantees a social proof of people’s tendency to trust something more because many others are agreeing with you. [5]

Continuing the Power of Ordinary People

In 2015, Kickstarter reincorporated a Benefit Corporation, which is a for-profit company that is obligated to consider the impacts of its decisions on society, not only shareholders. Radically, positive impact on society is Kickstarter’s legally bounded goals. Success of Kickstarter is one of wonders of internet, showing the power of ordinary people to make things happen collectively. Kickstarter allows people to support all kinds of art and culture and human creatively that otherwise would not exist – making the world a better place to live.

[4] Crowdfunding Insights: “Why is Kickstarter better than other crowdfunding platforms?”