Jet.com launched in July 2015, praising itself as the “biggest thing in shopping since…shopping.” The online marketplace has set out to create a different type of e-commerce experience, offering a “smarter way to shop” by allowing customers to save on a wide variety of items such as groceries, electronics, and housewares.

Recognizing the need to become an “everything” store with great scale in order to compete with Amazon’s core e-commerce business, Jet has raised millions in venture funding to fuel future growth. The company most recently raised $350mm in Series B funding at a $1.35bn valuation, and plans to raise another $150mm in the near-term. Jet expects to reach the scale necessary for profitability by 2020. 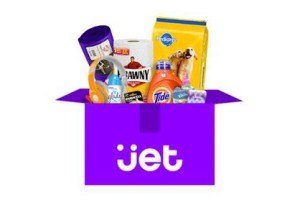 Jet first launched with a Costco-like annual membership fee of $50. The company did not plan to mark-up products sold on its site, relying instead on membership fees as its sole source of profit. Consumers were incentivized to pay the annual fee to unlock savings of 10% – 15% off competitors’ prices.

Just 3 months after launch, Jet announced that it would do away with the membership fee. Instead, its innovative pricing algorithm, first-rate technology and fulfillment platform, and best-in-class customer service would provide value to consumers.

Jet’s true differentiator is its algorithmic SmartCart dynamic pricing model, which allows customers to save an average of 4% – 5% on their orders. Jet passes along savings when customers shop in ways that save Jet money. Jet offers discounts when shoppers combine multiple orders into a single shipment, which is more economical for Jet to fulfill and ship. The same is true when a customer elects to use a debit card instead of a credit card, or foregoes his or her ability to return a product.

Inventory management is key to Jet’s ability to save money for consumers, which is critical to the viability of Jet’s business model. The SmartCart algorithm adjusts pricing in real-time according to a number of supply-related factors, including how many products in a shopper’s basket are in the same warehouse or in a warehouse in close proximity to the shopper. Jet relies on real-time visibility into inventory levels for its retail partners and at its own fulfillment centers. 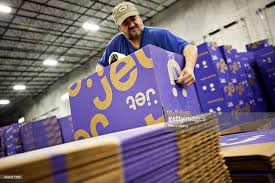 When Jet first launched, it planned to undercut competition by 7% – 8%, in addition to passing along SmartCart savings. However, the reaction to its core value proposition – the SmartCart savings – was greater than expected, and customers were buying more per order as a result. Since the 4% – 5% discount was “enough,” Jet no longer had to offer upfront discounts and could afford to make a profit on each sale. Consequently, Jet no longer needed to charge members an annual fee to subsidize its operations.

Jet’s shift in business model worked to increase its product offerings and scale – a necessary move if Jet wants to compete with the likes of eBay and Amazon. Eliminating the annual membership fee removes a barrier that might have discouraged potential customers from giving Jet a try. Dropping the upfront discount corrected an early misconception that Jet was a discount site, which alienated premium brands, and worked to attract retailers who do not list on eBay or Amazon.

Retailers are attracted to the Jet platform for a number of reasons. Retailer margins do not fluctuate on Jet the way they might on Amazon, where items are automatically repriced by a third party. Retailers also stand to lose potential valuable customer data if they don’t work with Jet. Further, Jet offers a number of free software tools which offer retail partners more control than other marketplaces, including the ability to only accept profitable orders, offer discounts to shoppers in exchange for their email addresses, and set minimum prices. Lastly, retailers welcome the potential to diminish Amazon’s market dominance.

Jet also plans to spend aggressively on marketing, with $100mm to be spent in its first 12 months and $260mm budgeted for 2016. Jet’s print, outdoor, and TV ad campaigns are critical in building brand awareness and scale.

What Will the Future Hold?

Jet’s business model hinges on the scale that it is working to build through its operating model. With online spending projected to reach as much as $1.2 trillion within the next 10 years, Jet is well positioned to capture much of that growth. However, Jet is making a bet that consumers will value lower prices over faster delivery. Jet’s business and operating model seem to work in harmony – for now. Only time will tell if Jet will be able to take down the Amazon giant.

D’Onfro, Jillian. “The Hot Startup Taking on Amazon Says Your Head Will Explode When You See How Cheap Its Prices Are.” Business Insider. 08 Sept. 2015. http://www.businessinsider.com/first-jet-tv-ad-2015-9

D’Onfro, Jillian. “Investors Have Poured More than $220 Million into This Man’s Plan to Beat Amazon – Are They Crazy?” Business Insider. 24 Aug. 2015. http://www.businessinsider.com/jet-startup-profile-2015-8

Student comments on Jet.com: Bring it On, Amazon!