“I certainly support a form of tax on the boarder.” President of U.S., Donald Trump, told Reuters in 2017. As we all know, his intend is to bring the companies back to U.S. and let them hire more employees in the country to revitalize its economy. [1] Isolationism, America First trade policy has impacted Samsung’s decisions in managing its supply chains and factories all over the globe. 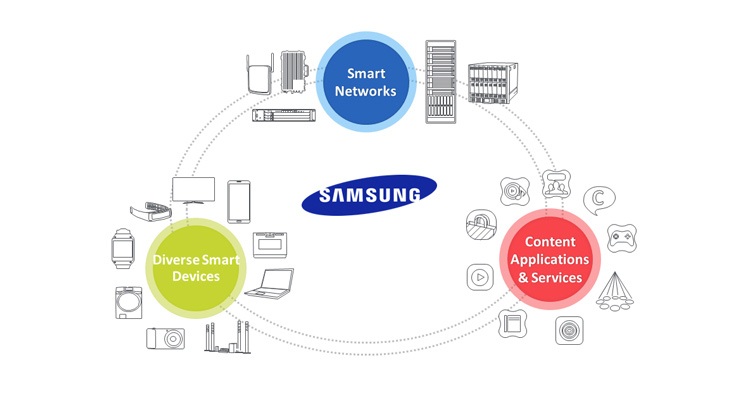 Samsung Electronics leads the global market in high-tech electronics manufacturing and digital media, covering various product lines such as smart phones, home appliances, display panels, and semiconductors. At first, when it was established, Samsung built its factories in Korea, the only market they could sell their products. However, as the sales in foreign countries increased and the labor costs of South Korea become uncompetitive, Samsung started to build its factories outside of Korea. Following the trend of globalization that lowered the barriers of international trade and foreign direct investment, Samsung has clustered its major production facilities in few countries and maximized its efficiency. As the transportation costs decreased and difficulties in procurement became manageable, this clustering strategy gave huge competitive advantage to Samsung. Now, Samsung semiconductors operates its production facilities in Korea, U.S., and China, and Samsung mobile focuses on Vietnam and China for their production bases. However, due to the global economic crisis and wide spreading isolationism, Samsung considers other variables with financial factors in choosing where, when, and how much to invest. 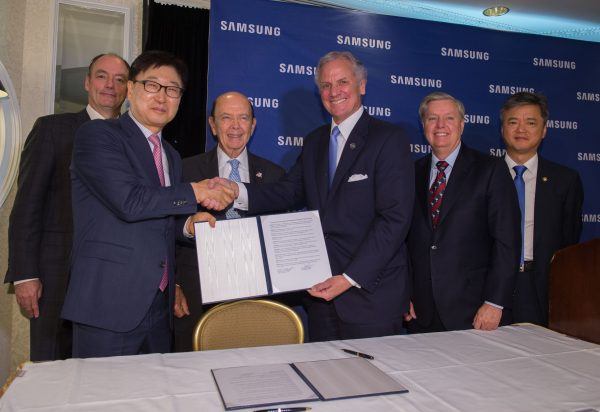 Several months later, Samsung responded to President Trump’s mention with an agreement with the State of South Carolina to open a home appliance manufacturing plant in Newberry County, which costs $380M. [2] However, despite of Samsung’s efforts to support America First movement in Trump administration, Samsung has faced safe guard restrictions, which were filed by Whirlpool regarding its washing machines sales in U.S. The U.S. government may impose or increase tariffs and limit Samsung’s imports to the U.S. [3] Meanwhile, public officers at Ministry of Trade, Industry and Energy of Korea visited Samsung Electronics Vietnam factory, producing more than 50% of Samsung smart phones, to examine the possibility to move the facility back to Korea to revitalize its economy. [4] It’s getting harder for Samsung to make decisions under each governments’ contradictory interests.

In the short term, Samsung is enhancing its cooperation with other entities. Korea government, Samsung, LG, and other companies such as Hyundai motors and Posco who have been struggling from US government’s request to renegotiate Free Trade Agreement, decided to make a coordinated response. On President Donald Trump’s visit to Korea in November, Korea government and major companies presented $75B investment plan in U.S. and requested affirmative actions on safe guard restrictions and FTA renegotiation. [5] In addition to this coordinated response, Samsung should effectively appeal their contributions to the U.S. economy, for example, 10,755 jobs and $16B investment in Austin factory for 20 years and leverage their future investment plans to receive tax cuts or free lands, and to mitigate the risk of higher import duties or safe guard restrictions. [6] Nevertheless, it is highly likely that Trump administration continues its America First strategy to protect their domestic industries during his tenure. And other countries would accelerate isolationism to recover their domestic economy. Therefore, Samsung should enhance their relationships with governments and monitor the changes of their policies by attending debates, council meetings, and policy consultative bodies to respond the changes properly, effectively, and timely. 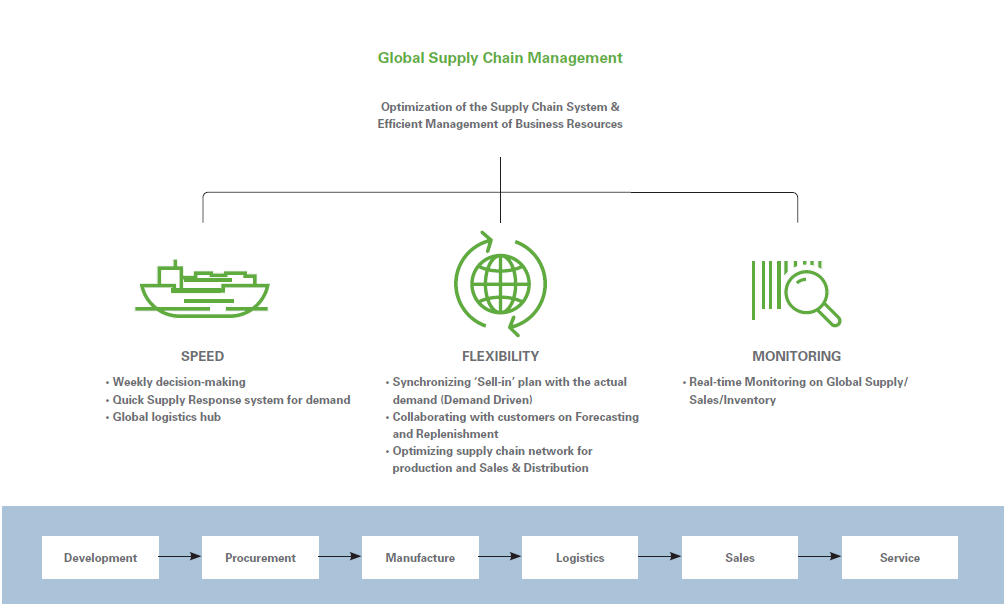 In the long term, Samsung started to move faster to retain overall supremacy. For example, Samsung announced to invest $7B more in Samsung Xian semiconductors factory in China where the President of China, Xi Jinping’s hometown, despite of the tension between Korea and China due to the North Korea’s nuclear threats and the implementation of THAAD(Terminal High Altitude Area Defense). [7] Regardless of Korea government’s concern of technology leakages and the incongruity of Xian as a place for semiconductor manufacturing (Water supply and transportation), Samsung has invested more than $17B in Xian, keeping pace with Xi Jinping’s development plan, “One belt, one road”. In addition to this, Samsung should have more flexibility in its global supply chain management to respond more flexibly to changing policies and unpredictable external factors.

Samsung would face more challenges from U.S. and other countries including its home country, South Korea. Samsung has reported record profits for several years thanks to the super cycle of semiconductors after years of chicken game among competitors and the success of Galaxy series in smartphones. The financial efficiencies of factories in Vietnam and China have been balanced out the financial inefficiencies in certain factories. But, how long would it be sustainable? Could they keep expanding their production in U.S. and South Korea while preserving their price competitiveness? How could they maximize their profits between contradictory interests of each government?

Climate Change and Chocolate – Not so Sweet

10 thoughts on “Isolationism – Where should Samsung Go?”