Digitalization is transforming the way cities operate, from IoT solutions for parking, crime fighting, and road maintenance, more and more cities aspire to add “smart” to their title. One aspect of this growing trend is quite literally – garbage, and the city of Philadelphia is leading the charge in becoming a smart-garbage city.

Garbage is a problem and one that just keeps piling up. 230 million tons of “trash” are generated in the US yearly, 4.6 pounds per person per day[1] and since 2009, Philadelphia has begun experimenting with smart waste solutions to tackle this problem. It began with the purchase of 200 Bigbelly trash bins, by 2015 there were over a thousand spread throughout the city. 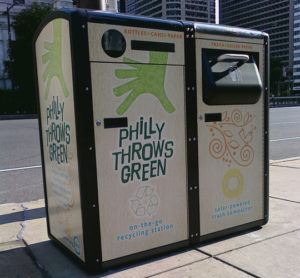 Bigbelly, a Massachusetts based company, claims to be “transforming waste management practices and contributing to the Smart Cities of tomorrow.”[2] They do so with trash bins that via a compression mechanism can contain 5-8 times more trash than a normal street bin. But that’s not all, these bins contain a chip that connected them to the internet and enables them to wirelessly communicate with a centralized data-base. Using an internal sensor and this connectivity, the bins alert the city’s waste management personnel when a bin is full and needs to be emptied.

What benefits does Philly see from this endeavor? For starters, emptying trash comes with costs that include labor, fuel and vehicles. In Philadelphia, the use of Bigbelly has reduced trash collections from 17 to three times per week, saving the city $1 million in operational, fuel and truck costs.[3] Reducing the amount of trash and increasing recycled trash also has a monetary value, the city of Philadelphia gets $50 per ton from recycling and avoids $63 per ton for landfill tipping fees.[4]

Not all benefits can be assigned a direct value, the environment and sustainability of cities are also big winners from this initiative.  Municipal solid waste landfills are the second-largest source of human-related methane emissions in the United States and Bigbelly is combatting this by increasing the percentage of trash recycled[5]. Open trash bins in cities also tend to attract vermin, for most people an uninvited guest on the city streets, with potential health repercussions. Finally, there is an aesthetic advantage, as the bins keep streets and parks clean from overflowing trash.

Not everything is rosy in the smart-trash industry. a smarter system requires operational adjustments in the municipal waste management department and some have been lagging. Philly waste collection crews were initially not trained to operate the new bins and often lacked the require 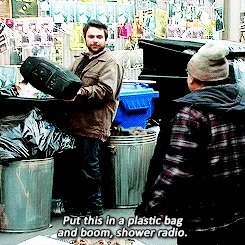 d tools.[6] Another recurring problem is collection crews doing their regular runs as they either ignore or do not receive information regarding the state of the Bigbellys.[7] An additional operational aspect that was overlooked is the extra time it takes to empty Bigbellys compared to the old-style bins.

Despite not everything going smoothly, Bigbelly and the smart waste market is continuing to expand, with an expected annual growth rate of almost 17% in the next three years.[8] With smart bins potentially installed in every street corner of major metropolitan areas, what other trash solutions can they provide? One potential area to explore is smart trash sorting capabilities. Perhaps the smart-bins of the future will be able to sort the trash into different bins based on the recycling potential. With the use of bar-code reading and RF ID tags this may very well be the next step in increasing recycling levels from the current 25% in the U.S.[9] Taken a step further, bins could potentially identify items to the brand level and the aggregated data could reveal which consumer goods are producing more trash than others. Furthermore, municipalities could identify areas and streets that are high trash producers and provide targeted recycling solutions to them.

Finally, one may look beyond the trash that these machines were originally designed to handle. As Leila Dillon, Bigbelly’s vice president of global marketing, puts it “We are a smart solar-powered, connected technology platform that is literally sitting in the streets of New York”[10]. Indeed, in the Big Apple, Bigbelly is hoping to turn the bins into wireless hotspots. Providing street level Wifi is just one option, in the future these devices could measure foot traffic, pollution levels and the weather to name just a few potential ideas. Thinking of these smart-bins as a platform on which one may design various applications, garbage may very well play a major role in the cities of the future.

[5] “How Much Do we Waster Daily?”, Duke University Center for Sustainability & Commerce,  https://center.sustainability.duke.edu/resources/green-facts-consumers/how-much-do-we-waste-daily, Accessed November 2016

EA: The Next Generation for Video Games

Cerner and the Digitization of U.S. Healthcare Data