What if an organization consumed 365 billion litres of water and 18 billion kwh of electricity in a year?

Indian Railways (IR) is the third largest rail network in the world with 66,000 route kilometres. It is a state-owned, single management enterprise, and unlike some of OECD countries, the most preferred long-distance mode of transport for ordinary citizens. 21,000 trains run every day, making IR one of the largest consumers of electricity and fuel in India.[1]

A victim of climate change?

Studies by the Indian Meteorological Department show that increasing pollution and emissions have resulted in an increase in fog and its density during winters in India[2]. Fog frequently result in delays and cancellations of trains and flights.[3] This causes losses to IR, problems with managing changing schedules, and hassles to passengers.

Power shortage is common during Indian summers. This has led to blackouts, when the railway service get interrupted for hours.[4] With increasing temperatures due to global warming, the need for air-conditioning and subsequent demand for electricity would most likely outstrip supply even further. Per a US EPA report[5], if a nation’s climate becomes warmer by 1.8 degrees F, demand for energy for cooling purposes is projected to go up by 5-20%.

Further, hundreds of miles of railway lines around India’s coasts are becoming increasingly vulnerable to waves, storms, and landslides, which are often attributed to climate pollution. Following such damage, lines usually need to be closed for weeks before normal operations can resume. Both the closure and the restoration of these lines incur significant costs[6].

A contributor to climate change?

Any transport organization serving 23 million passengers daily is bound to have major impact on the environment. IR accounts for 1.8% of India’s total power consumption. In 2014-15, it consumed 2.78 billion litres of diesel with an annual fuel bill of around 2.2 trillion USD. Most of this diesel is currently produced by burning fossil fuels, which in turn is a major contributor to global warming. IR is also a key consumer of water, consuming 1,000 million liters daily.

While the scale of its operations make IR a contributor to climate change, it also offers a massive scope for change. With 8,000 railway stations and over a million acres of land, there are abundant opportunities for sustainable environment practices.[7]

Some of the key steps taken by IR towards energy conservation are: 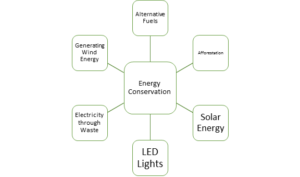 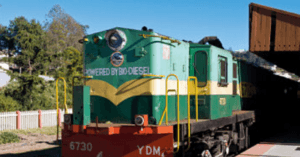 Steps taken towards water conservation are: 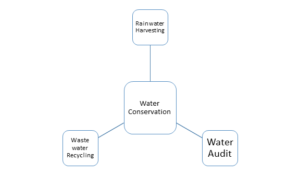 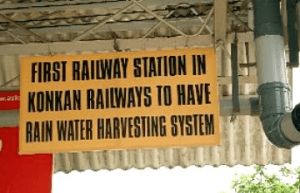 Despite being a state-owned organization with massive scale and extremely complex operations, the Indian Railways has managed to come up with new and unique applications of its existing resources to combat global warming and climate change. When environment-friendly initiatives get implemented by the regulator itself, the multiplier effect on the general population is significant.

[6] ‘On the Edge’ –  Professor Robert Duck, University of Dundee

The Death of the Gas Station?

Tesla: Leading The Charge Toward A More Sustainable Future