“Exxon knew about climate change half a century ago. They deceived the public, misled their shareholders, and robbed humanity of a generation’s worth of time to reverse climate change.” [1]

ExxonMobil has been at the center of the debate on climate change for decades, and as the largest publicly traded international oil & gas company, Exxon is no stranger to controversy. The quote above is the headline to the exxonknew.org website, which centralizes the efforts from a group of environmentalist and officials that consider the company knew about the effects on climate change due to greenhouse gas emissions decades ago, proactively tried to steer away the public´s perception via lobbying and funding of alternate research, and are calling for action by the Government for Exxon to ultimately “be held accountable” [1].

Various Attorney Generals have launched probes into the matter, including 2016 investigations by the states of Los Angeles, New York and Massachusetts which have been inconclusive [2].

Aside from the political and media controversy, the climate change megatrend has other significant impacts for ExxonMobil´s complex worldwide supply chain. 2017 has given us many sobering reminders of the very real effects of climate change, with devastating impacts from Harvey, Irma and Maria along many states. The scientific community still debates whether the raising temperatures will make the storms more frequent or not [4], however there is general consensus that due to rising water temperatures, tropical storms are likely to become more powerful and rainier [5]. 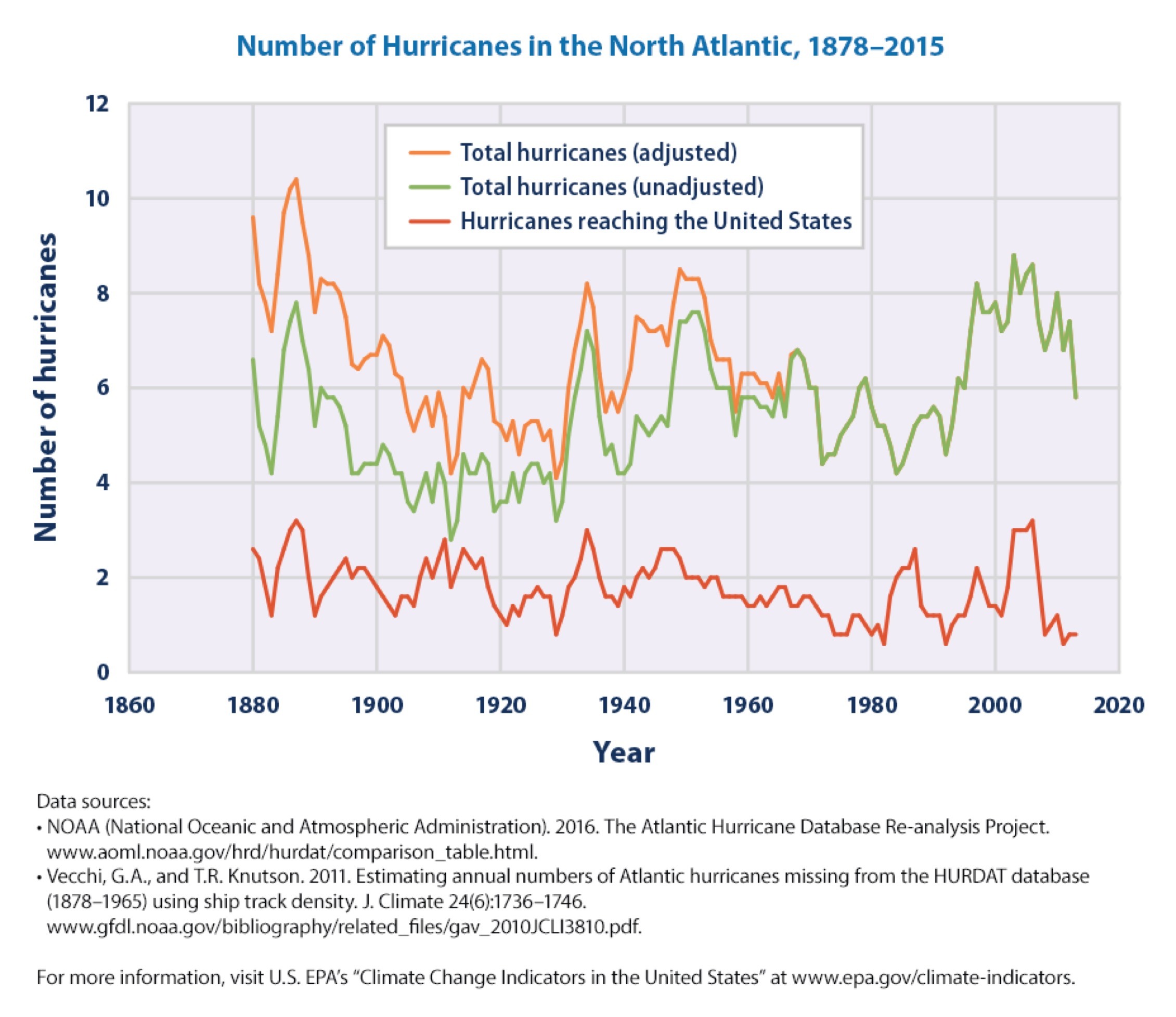 Figure 1. EPA tracking of number of hurricanes in the North Atlantic 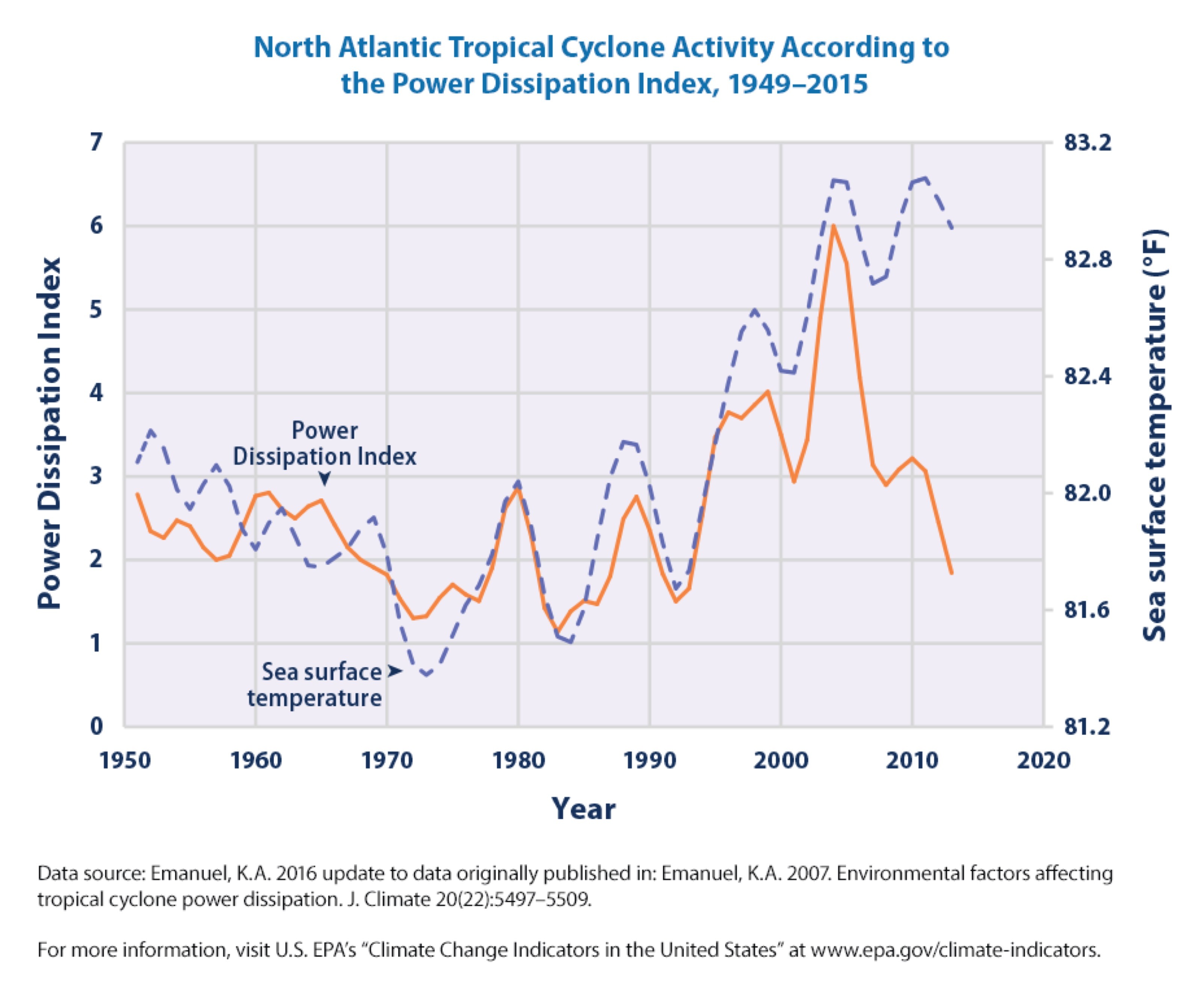 ExxonMobil holds many productive assets, namely refineries and blending plants, in the Gulf of Mexico [3]. The company´s Baytown, Texas, refinery, the second largest in the country, and its Beaumont, Texas, large-scale petrochemical complex took damages during Harvey, and remained shut down, along with various others, taking 23% of the U.S. refining capacity offline for several days.  Supply chain disruptions have also come from the Gulf´s ports, the gateway to the Company´s worldwide exports of its refined products; these ports and the related commercial activity collapse in the aftermath of the tropical storms. Port Houston, one of America’s largest seaports, as an example, remained closed for more than a week after Harvey made landfall [9]. 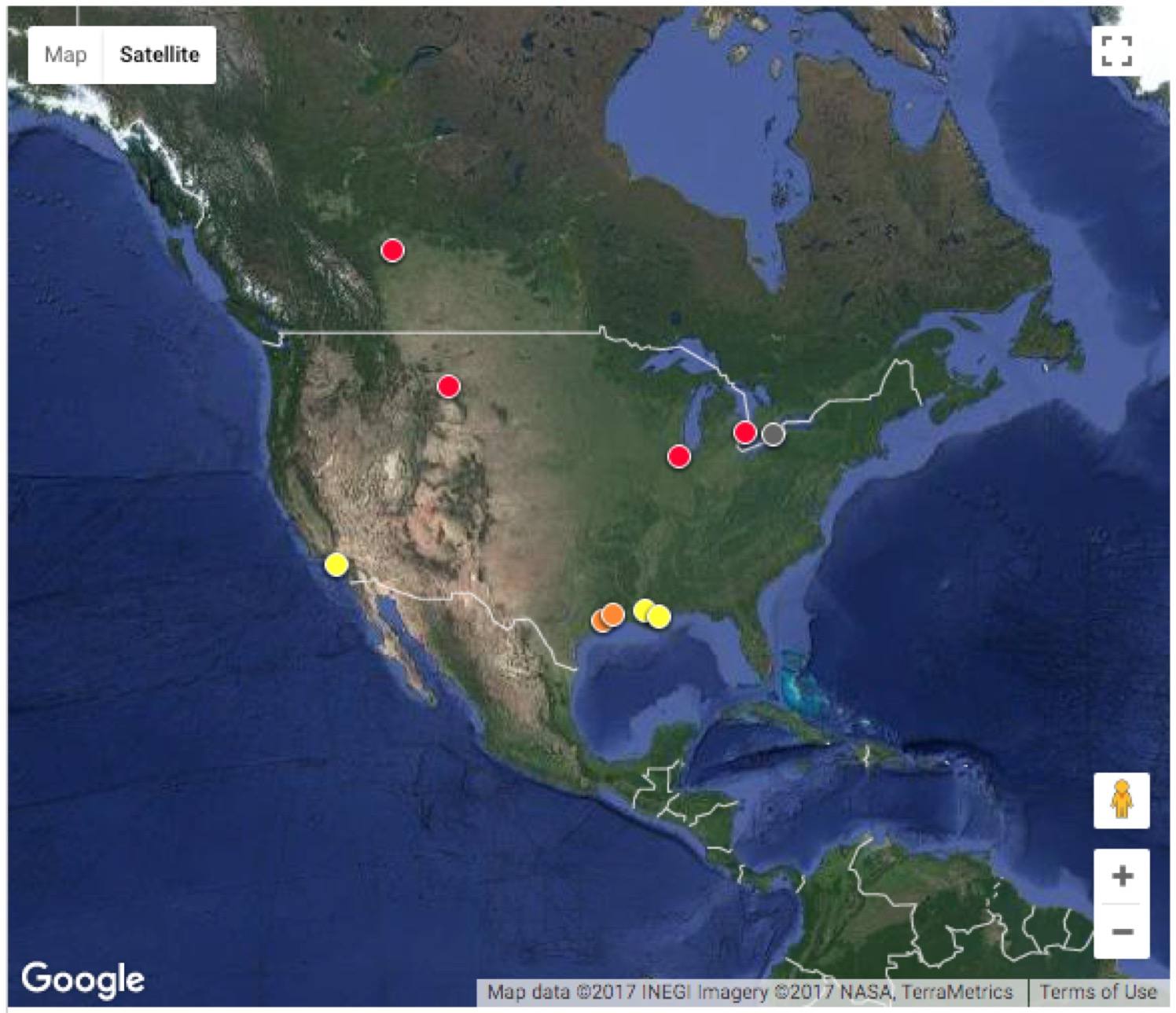 The company has already taken some steps to mitigate the impact. The most visible one was integrating a comprehensive business continuity plan (BCP) into their Operations Integrity Management System (OIMS) that addresses disruptions on the Gulf Coast facilities on various grounds, including natural disasters, oil spills, and hazmat situations, among others [12].

The full plan can be reviewed at the SCAA (Spill Control Association of America) [12]; it incorporates chapters on alternative routes of supply from other plants from across the globe, which impacts cost but ensures reliable supply to its customers. It also has a chapter on preemptive safety stock increases in warehouses and distribution centers, as well as in other country´s distribution operations which are triggered prior to the “hurricane season”, and are well-measured to last for a significant disruption. In another chapter, the plan also encompasses manufacturing operations that use the Company´s own base-oils as raw materials, and defines alternative manufacturing recipes for refined products using non-U.S. base oils as an alternative for U.S. supply chain disruptions.  Finally, the plan also considers alternate suppliers and long-term backup contracts to procure finished products or raw materials from third parties as a potential fallback plan.

Further to the company´s current actions, a recommendation would be made on investing on developing different refineries in other geographies, or regions of the country, that might be less subject to the impact of rising temperatures and rising strength of storms.  The company announced a $20Bn plan to strengthen its refining assets along the gulf coast; the plan, which runs through 2020, will add extra capacity at 11 sites, the reason they argue is that the zone is strategically advantageous to reap the benefits of cheap shale oil available in the region [13].  However, the question remains on whether from this major megatrend on climate change, holding all the productive assets in a region so susceptible to natural phenomena is the right answer.

Finally, we have reviewed at large the adaptation measures that Exxon can take to accommodate to climate change; the larger question, particularly in Exxon´s alleged position as the world´s second largest pollutant emitter in the sector – responsible by some accounts for 3.2% of the world’s total fossil fuel emissions from 1751-2010 [14], is what could they do to reduce its own contribution to climate change?

[4] MIT Center for Global Change Science, “CGCS NEWS IN THE NEWS: Hurricanes Could Be Stronger- and More Frequent”, http://cgcs.mit.edu/news-hurricanes-could-be-stronger-and-more-frequent, accessed on November 2017

Student comments on In the Eye of The Storm: An Energy Giant´s View on Climate Change