Story telling, the core business of Marvel Comics. People “read” stories to be entertained, sometimes to be educated. There are many ways of storytelling, including novel, movie, TV, video games, and comic book. Consumers want to be entertained with different types of contents at a low price, conveniently, and they value a good experience. Digital technologies have steadily and profoundly transformed how people access these contents and how they interact with the contents. While traditional entertainment content providers such as book sellers, music industry, and TV/movie industries were initially challenged by the adoption of internet, the comic book industry adapted fairly well. The largest comic book publisher in the US, Marvel Comics, embraced new technologies and turned their universe into a digital universe.

Founded in 1939 as Timely Comics, Marvel Comics is now a household name. From Spider-Man, Hulk, Captain America, to Iron Man, the Marvel Universe has entertained and inspired so many kids and adults. After the Golden Age of US comic books between 1938-1955, the comic book industry has slowly retreated to a niche market, primarily targeting a narrow young male audience. Marvel eventually bankrupted in 1996. After reorganization, Marvel seized new growth opportunities and grew in the early 2000s and was eventually bought by Disney for $4 billion in 2009, which lead to additional expansion.

Marvel was adopting technology at faster pace than its largest rival, DC Comics. Marvel launched Marvel Digital Comics Unlimited to allow viewing of 2,500 back issues with subscription in 2007. Initially, both Marvel and DC Comics were reluctant to releasing their comics online. Delaying digital release by 6-month after paper versions was a common practice.

In 2009, online digital retailers ComiXology, allowed comics from smaller studios and indie artists to distribute comics with unparalleled ease. Marvel speed up digitalization in order to compete. Marvel’s iOS app was initially built by ComiXology. ComiXology was acquired by Amazon in 2014, and now carries over 75,000 titles from over 125 publishers and thousands of independent creators.[2][3] These changes promoted faster adoption of digital releases. Now Marvel releases their new comics digitally simultaneously with paper versions.

Allowing customers access to their comic books in digital format on the increasingly dominant mobile platforms such as iOS and Android, likely widened the reach to potential customers. This comes with increased value proposition to customers,[4] such as ease of transportation, access to old issues, cheaper price through subscription or bundling, and potentially increasingly better and more vivid reading experience, thanks to advances in digital display technologies (e.g. Apple’s iPad Pro displays).[5]  iOS users are also  likely to spend more money on contents on the platform.[6]

Although comic books are still restricted to niche market, the stories and characters created by Marvel are reaching much wider audience through collaboration with other digital media, especially movies. Super hero characters and stories continue to be turned into new franchises such as movie series. For instance, the movie Dr. Strange is the latest example of this, which has 90% rottentomato score. The movie is also released along with new mobile games.[7]

So much of what we do today in terms of the stories and the characters and the conflicts comes right out of the Golden and Silver Ages. …for many of the Marvel mainstays, those origins … are stories that always have an iconic power when revisited and looked at with fresh eyes and a modern sensibility. –– Marvel Senior VP, Tom Brevoort[12]

Despite these challenges, the digitalization of entertainment goods have significantly broadened the audience of Marvel’s stories. The interesting thing about the comic book industry is that these stories can be rebooted and adapt to the latest societal context, which prolong the life cycle of these intellectual properties. New entertainment platforms, such as Netflix, Amazon Video, video games, and virtual reality video games, could also provide space for Marvel to continue to grow and reach new audience to tell their stories in different ways.

While digitalized content provide convenience and value, it also comes with drawbacks. One of the main concerns is the inability to lend and sell the content you bought.[8] And who will inherit your digital assets and how?[9] These are concerns that the industry need to innovate and address. Perhaps blockchain technology could be used and applied to these digital goods so that they can be limited and traded,[10][11] even though digital rights management generally have a poor reputation for being unreasonable. 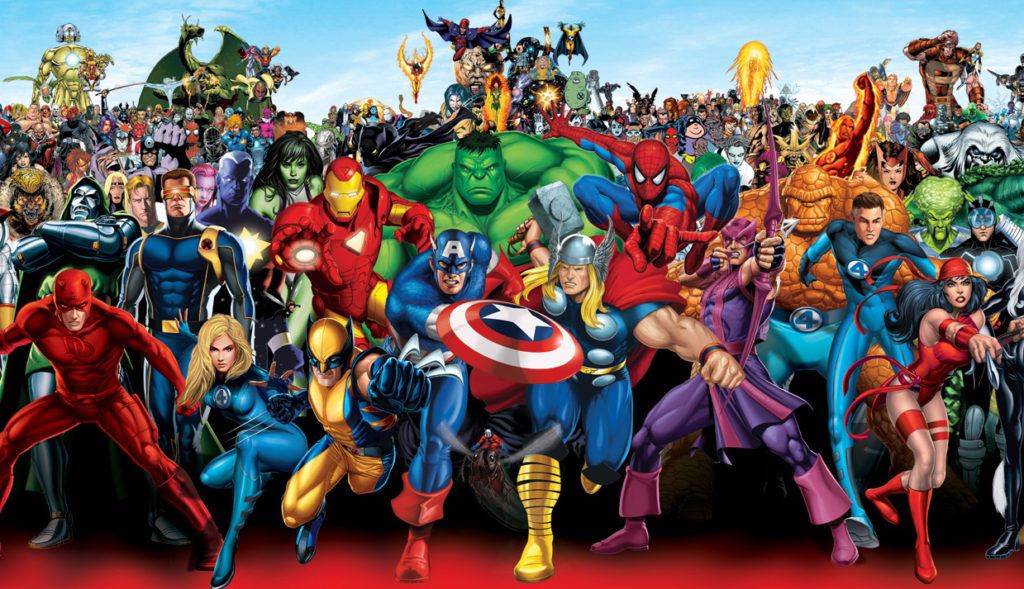 Remitly: Making Remittances Available to Everyone

11 thoughts on “In a digital universe full of Marvel”