If an algorithm wrote this blog post, would you be able to tell? Chicago-based startup Narrative Science wants your answer to be “No!” Its business value proposition is to transform numerical data into a narrative indistinguishable from the writing of a human. Its proprietary natural language generation (NLG) software, Quill, takes as input raw quantitative data such as financial earnings reports and sports statistics and converts it into human-like, easily digestible prose that communicates the same takeaways a human would derive from analyzing the data.[1]

To better grasp the power of Quill, consider Exhibit 1 below. Quill’s NPG algorithm automatically converts the input data into the output narrative without relying on any sort of human curation. 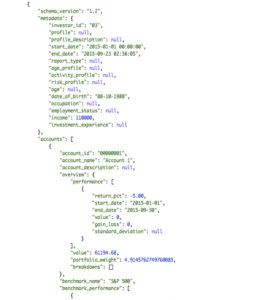 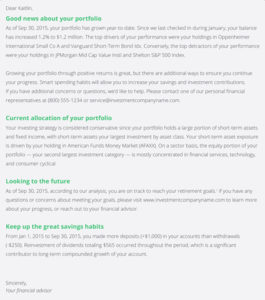 To be clear, Quill is a lot more than just fill-in-the-blanks software that feeds data into human-written templates. Instead of relying on hard-coded formulas, Quill takes a Bayesian approach based on customized text corpora to construct free-flowing narratives tailored to each dataset.

Narrative Science and other players in the Artificial Intelligence community have made remarkable progress toward bridging the gap between traditional and automated content. A recent study published in the journal Journalism Practices asked readers to assess both types of content on 12 attributes: Coherent, Descriptive, Useable, Well Written, Informative, Clear, Pleasant to Read, Interesting, Boring, Accurate, Trustworthy, Objective. The study found a statistically significant difference in readers’ perception for only one metric: Pleasant to Read. Across all other measures, readers were unable to discern the kind of software-generated content created by Quill from human-written news articles.[3]

(The New York Times has an interactive feature where you can try your hand at telling the two apart.)[4]

Narrative Science’s innovative product has the potential to greatly disrupt journalism’s century-old operating model structured upon human writers. In a time when much of the news industry’s revenues are declining due to the widespread availability of online free content coupled with the big tech companies’s stronghold on content distribution and online advertising, this so-called Robot Journalism may represent a silver lining for the future of the industry.[5] Natural language generation software such as Quill can scale down newsroom labor costs and increase reporters’ productivity by reducing the time they need to spend doing busy work such as data processing and freeing them up for more value-added undertakings such as on-the-ground reporting.

While the majority of Narrative Science’s clients are business analytics enterprises such as Microsoft Power BI and Tableau, the start-up has already started tapping into the editorial market: One of its partner organizations is Forbes, a highly respected news outlet.[6] Kris Hammond, one of the co-founders of Narrative Science, has famously predicted that software-generated reporting will win a Pulitzer Prize by 2020.[7]

A shift toward the news industry is not without its risks for the company, however. Firstly, natural language generation algorithms are only as good as their input data. “What … Narrative Science, and other algorithmic approaches to information will need is good data. Some data will come from municipalities, other data will come from the private sector, nonprofits, and academia, and some will be created by media organizations themselves using sensors and scrapers,” explains Alexander Howard in The Art and Science of Data-Driven Journalism.[8] For Narrative Science, this means the perceived quality of its product is largely tied to a data collection process it has little control over.

Moreover, there is great concern in newsrooms about the impact of algorithmic content to the upholding of journalism’s editorial standards.[9] While laymen tend to see algorithms as inherently objective and credible, many editors view algorithm design processes as containing a lot of hidden biases which may compromise the editorial integrity of their vehicles – particularly when the algorithm powering content creation is not open source, as in the case of Narrative Science.

To tackle the risks posed by low-quality input, Narrative Science should consider investing in research to make Quill capable of handling more than just highly structured numerical data. For now, Quill is only able to process structured data that easily falls under the parameters of Knowledge Bases.[10] The ability to process unstructured data (i.e. text) would vastly improve Quill’s algorithmic resilience. (To that end, the work done by the IBM Watson team provides a great foundation for Narrative Science to build on.) Concerns about biases embedded into Quill’s algorithm can be largely appeased by transparency, meaning the disclosure of the algorithm’s inner workings. If algorithms are to replace human reporters, they must be held accountable to the same editorial standards that safeguard journalism’s societal role today.

[7] Tim Adams, “And the Pulitzer Goes To… a Computer,” The Guardian, June 28, 2015, https://www.theguardian.com/technology/2015/jun/28/computer-writing-journalism-artificial-intelligence, accessed November 2016.

Bringing Robo-advising to the World, One Bank at a Time

12 thoughts on “If an Algorithm Wrote This Blog Post, Would You Be Able to Tell?”