Sports have traditionally been defined as competitive athletic activities that require physical prowess and skill. Digitization has driven the rapid growth of a new category of competitive, skill-based activity that parallels many of the features of conventional sports if we replace physical strength with mental agility—esports.1 Esports was driven by the growth of video games, but this post will focus on the former.

Imagine that you’re going to a sold-out game at Madison Square Garden, but instead of watching NBA players, you’re going to watch professional League of Legends (a video game) players compete. The center of the stadium is occupied by 4 giant screens for the audience to view the match while the 10 players (5 on each team) sit below at their computers (see photos below). 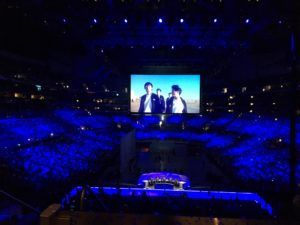 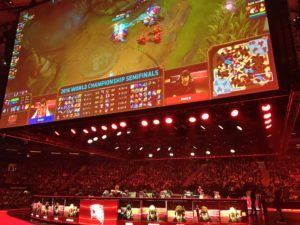 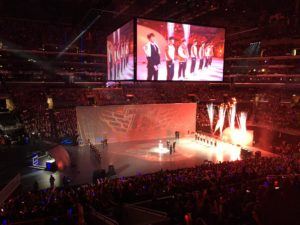 ESPN has taken notice and has a section on its site dedicated to covering these games.2 As you let the numbers in the below chart sink in, I want to highlight that these are hundreds of millions of people around the globe who are watching (not playing) professional players of a specific video game play that game. 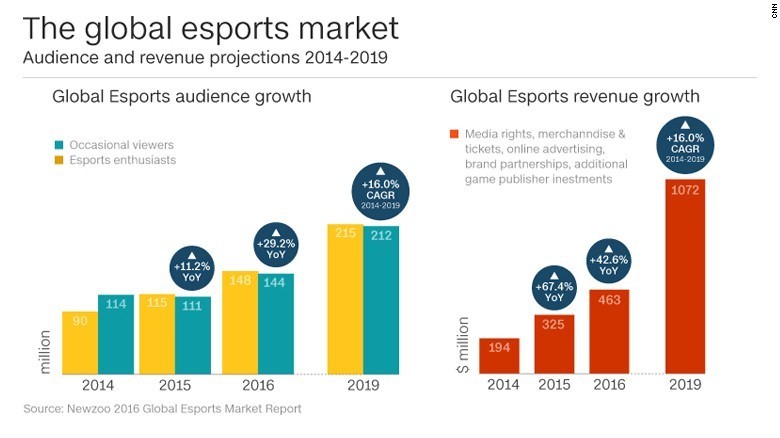 How have nerds acquired a fan base that rivals that of athletes? The history of esports dates back to 1972,3 but Riot Games has brought it to the forefront.

Founded in 2006, Riot has developed and published one game—League of Legends (LoL). This game turned out to be the most popular game in the world with now over 100 million active players each month.4 The game genre lends itself well to an engaging viewing experience, so the founders created an esports division to increase player engagement. The success of their esports offering was as unexpected as the success of the game itself. In 2013, there were already more viewers of LoL World Championship than NBA finals and World Series:5

Riot Games has thus been able to lead not only in video game development and publishing but differentiated itself through a new business entirely by delighting their consumers through modeling it as a sport and creating core fans. 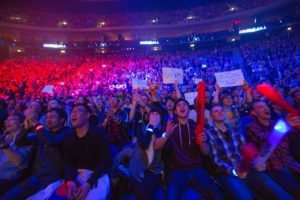 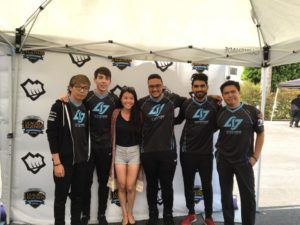 The operating model is similar to that of traditional sports. Teams earn points based on performance in regional competitions. The top teams from each region then get placed into group stages to qualify for the knockout stage:6 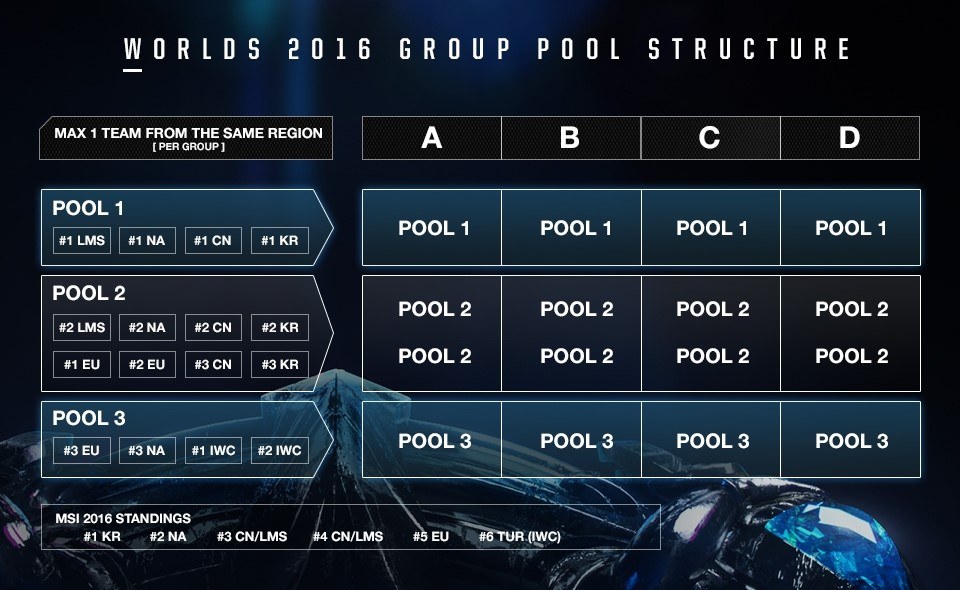 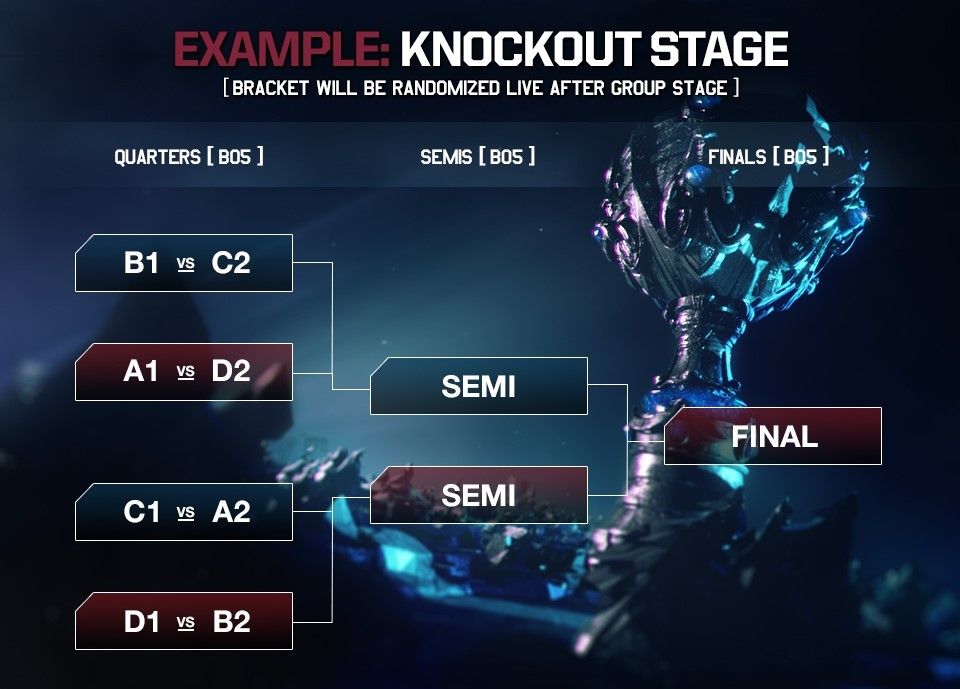 Team coaches re-evaluate their roster every season. Pro players make 6-figure salaries and live together to meet the strict training regimen with 12 hour practices per day.7 There is also a collegiate league with colleges offering varsity esports scholarships.8 During the game, shoutcasters narrate what’s happening on the map. Post-game, the analysts go through highlights and break down game-changing moves. Like in traditional sports, fans can participate in fantasy leagues offered through DraftKings.9

Digitization has enabled some operational choices that differ from traditional sports. The first is that esports is most consumed through free live streaming on sites such as Twitch (which was acquired by Amazon for almost $1Bn).10 The second is that given the nature of the sport being digital, the game can be updated each season to promote new strategies and prevalence of champion choice (there are 120+ champions and growing but each game only features 10), so mastery can never be achieved. This is driven by the staggering volume of data that can be analyzed to inform tweaks that will significantly impact game play and further engage players and fans.

The next step is figuring out how to effectively monetize this business as Riot’s esports is operating at a loss. Charging customers is very unlikely given the company’s mission and history as well as established consumer behavior. Following the traditional sports model, one thought is to sell broadcast rights. Rumors of doing so with ESPN have been denied,11 but is a viable option. The main concern I’d have is whether the target audience would prefer to continue watching on established game streaming sites like Twitch. Alternatively, Riot can sell broadcast rights to Twitch; this hasn’t been done before but Riot essentially has a monopoly and can try to force Twitch’s hand if they can mitigate the risk of breaking player trust (this has been an issue every time Riot is perceived as trying to generate revenue). More viable options can include sponsorship and advertisement on these streaming sites to monetize like Facebook and Google does. Finally, Riot’s esports division can be spun off into its own company. They’ve developed an expertise that can feature games from other companies that could pay for their services. The concern here is cannibalization with Riot’s own games but this risk seems low. There’s no strong link that esports viewership drives game play. Instead, existing fans of games become interested in esports.

And for fun, this was the 2016 World Championships trailer by the grammy EDM artist Zedd:

Student comments on Idolizing nerds: Putting the “e” in sports