It is hard to argue that Aerospace is a source for pride and conflict for many nations, especially those who have competitive national aircraft manufacturers. As it stands today, two large manufacturers compete in the Wide Body and Narrow Body commercial aircraft segments: America’s Boeing and Europe’s Airbus [1]. 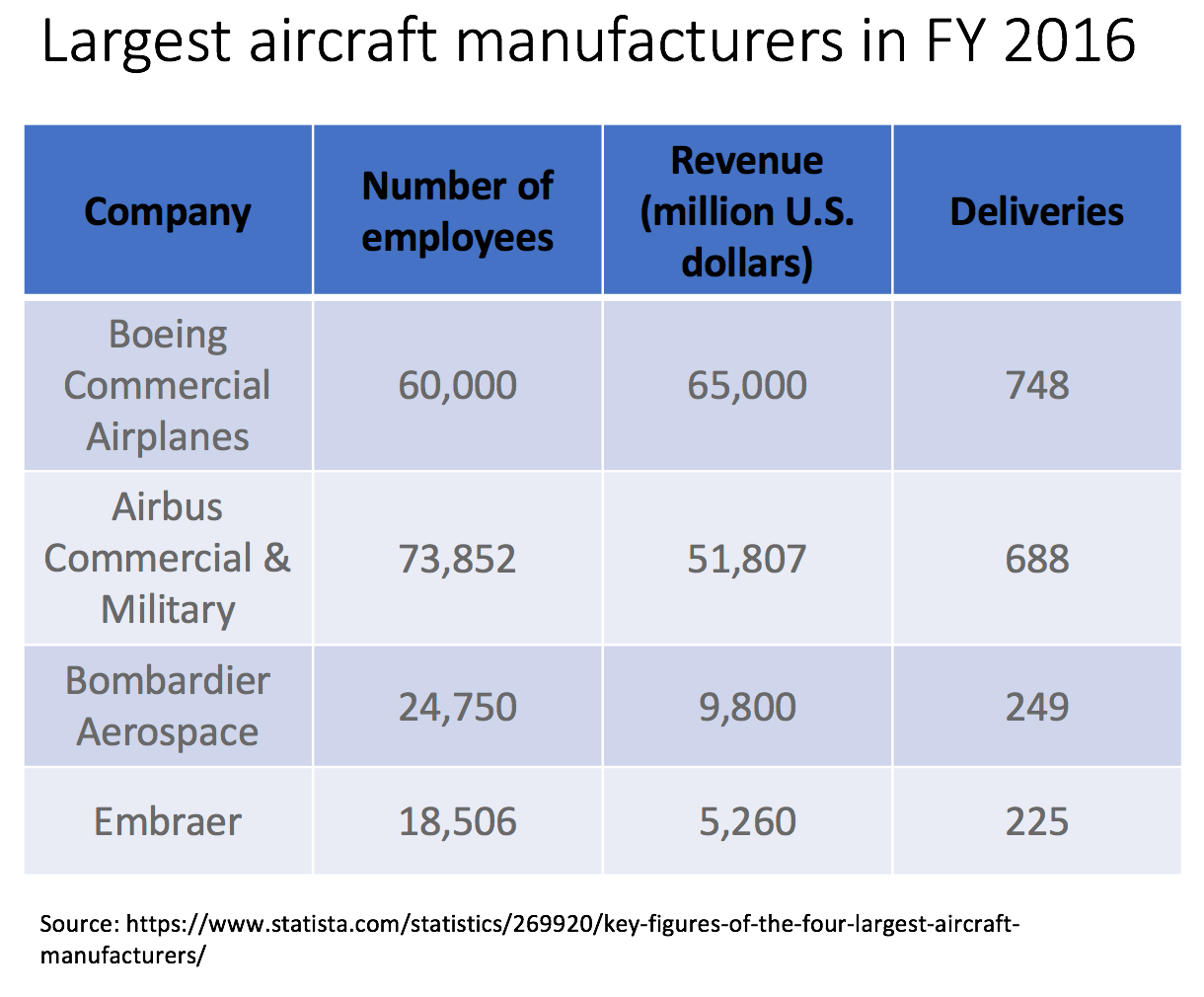 The struggle for aircraft supremacy has led to government support for its national manufacturers (usually in regulation and subsidies) [2]. Public opinion drives support for these policies as a source for jobs, geopolitical power and national pride. However, these benefits are relevant as long as each company can put their planes in the hangars of their true customers, the airline carriers.

The airline carriers, in turn, are eager to find great deals in the purchasing of airplanes. It is not surprising, then, that the manufacturers often scramble for the most attractive airlines with the most passenger traffic. In particular, Airbus has been trying for some time now to take a swing at Boeing in the latter’s most precious market: the domestic and international U.S.-based carriers. This has been beneficial for such carriers as Delta Air Lines, who has access to Airbus’s aircraft at very attractive discounts [3], and of course for the passengers, since competition between manufacturers drives costs for the airlines down and, in turn, to lower ticket prices for all.

But Boeing and Airbus do not account for the whole market. Smaller companies such as Brazil’s Embraer or Canada’s Bombardier produce smaller planes, meant for shorter or lower-demand routes. These companies have been successful in their segments and did not pose a threat to Boeing or Airbus, which is why these two classes have coexisted without conflict. This all seems to have changed with Bombardier’s C-Series. 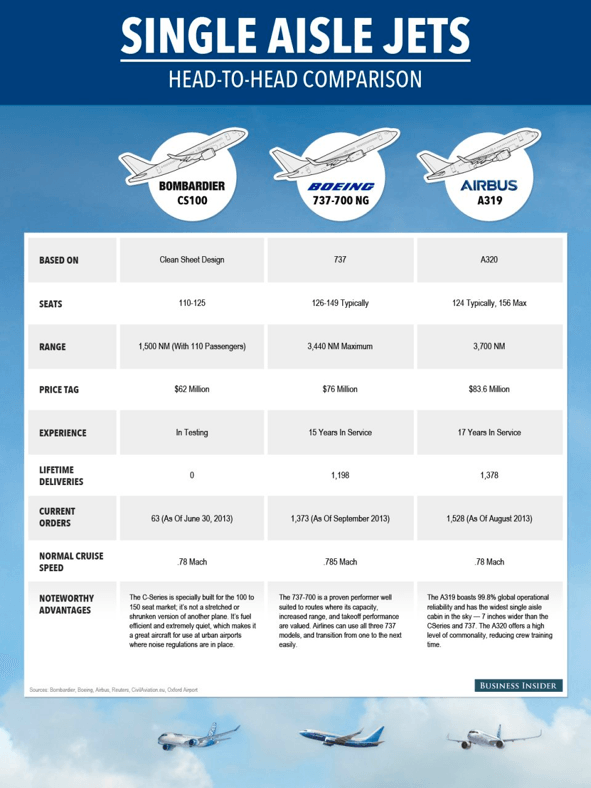 Bombardier has recently innovated with a new class of aircraft, a plane whose size is just below Boeing’s smaller Narrow Body airplanes, but with a potentially higher efficiency. While it is debatable whether this aircraft class really is that much of a threat [4] Boeing certainly took the action seriously as a direct challenge towards their authority in one of their largest and most profitable segments.

To make matters worse, Bombardier struck a deal with Delta to allegedly sell to them 75 C-Series airplanes at the abysmally low-price tag of U$S 20 Million apiece, a fraction of the U$S 60-80 million original list price and well below the U$S 33 Million cost of production per unit [5]. That fact could have justified an accusation of dumping, with the aggravating factor that the Canadian government has provided Bombardier with significant subsidies in order to sustain the C-Series program. This would effectively mean that the Canadian government had been using taxpayer dollars to hurt an American company.

After Boeing’s complaint, the DoC imposed a 300% tariff on the C-Series imported airplanes, in an effort to restore what they saw as an unfair competition scenario. This sparked all sorts of reactions from both the Canadian and U.S. presidents, with the potential fallout of the Canadian government cancelling a purchase of Boeing’s F-18 fighter jets [6]. The implications of this tariff could be disastrous for the international legal frameworks that protect expensive investments.

But, in a spectacular turn of events, Bombardier and Airbus found a different solution that would create synergies between them and put Boeing under serious competitive pressure: Bombardier ‘sold’ a 50.1% stake on the C-Series program to Airbus for free [7]. Bombardier is now allowed to produce them in Airbus’s facilities in Alabama (which, as the time of this writing, is a constituent State not subject to import tariffs) as well as take advantage of Airbus’s superiority for marketing and sales, while Airbus can add a new fully developed airplane series to its product portfolio without having had to incur any R&D expense or financial/operational risk. Sounds like the start of a long-term and fruitful relationship, and it surely means trouble for Boeing, a company which now finds itself in the defensive after attempting to utilize the law to compensate for its insecurities in its products. My personal advice for Boeing would be (i) to continue putting pressure on the regulators until the competitor’s selling price including tariffs or fines exceeds costs, (ii) reintroduce smaller versions of the 737 which could compete in the C-Series’s segment, and (iii) evaluate a partnership with Embraer and innovate with a competitive offering.

The question still remains open on how the U.S. government will react to this: will it will defend a U.S. company against a foreign company producing in the U.S.?

Imagine you are an executive of Airbus. How would you defend your position in a conversation with DoC officials? Now, put yourself in Boeing’s shoes.

What actions can multinational corporations take to protect themselves from these situations, especially taking into account the innovation funnel?

Maersk’s Shipping Lane in the Fight Against Global Warming

Student comments on Hunting in the Zoo: How Boeing’s plead for protectionism handed Airbus a spectacular opportunity to strike back