How can a video game company launch an expensive, innovative piece of hardware without the support of the traditional game developers the industry has thus far been reliant on? HTC and Valve Corporation faced this dilemma with the launch of the HTC Vive, a virtual reality (VR) headset that immersed users in VR gaming experiences. These experiences came at a very expensive price[1] and without a critical mass of HTC Vive owners, large game developers were not willing to make an investment in making games for the headset. 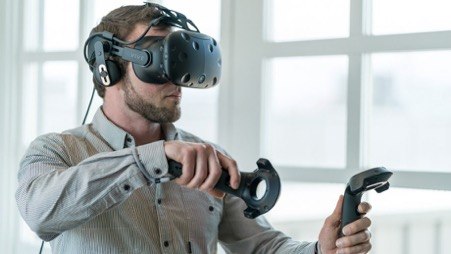 An image of a user interacting with the HTC Vive. Source: Trusted Reviews[2].

The video game industry is dominated by large developers that create video games for the most widely used video game systems[3] to maximize sales. Rockstar Game’s Grand Theft Auto V, for example, has generated over $6 billion in sales by selling over 100 million copies across five popular game systems[4]. VR would require these game developers to create games that would only be playable on three VR game systems[5], which only sold a combined total of 2.2 million units in the year they were launched[6]. These relatively low sales figures deterred major game developers from creating games for the HTC Vive, forcing Valve to look elsewhere for game development.

Valve’s solution was to leverage its online video game platform, called Steam[7], to encourage independent developers to create content for the Vive. This focus on open innovation was vital as the variety of games needed to sustain a video game system made self-developing all a system’s games impractical. In the short-run, Valve’s prioritized signing-up independent game developers onto Steam. While Valve considered charging up to $5,000 to list a game on Steam, the company decided to lower the fee to only $100 to encourage cash-stripped independent developers to create games on the platform[8][9]. Additionally, Valve reduced the price of the Vive with the goal of “expanding the potential market for developers”[10]. In the medium-term, Valve plans to continue leveraging open innovation by providing these developers with hardware prototypes and gathering their feedback for future iterations. As an example, Valve provided developers with prototypes of its new controller which was intended to find solutions to issues previously raised by both developers and users[11][12]. 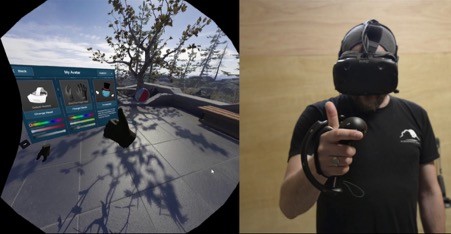 Given the nascent nature of the VR industry, I don’t believe VR headset sales will attract large game developers in the short-run. Hence, I would recommend that Valve focus on fostering open innovation and further augmenting the independent developer ecosystem by tackling the developers’ main pain point: funding. In the short-run, Value could use the data collected from Steam to identify independent developers with franchise potential and invest in their studios. These studios lack adequate funding channels which, combined with Valve’s unpublished data on Steam sales, could lead to attractive valuations favorable to Valve. In the medium term, Valve can work towards a more sustainable funding model by leveraging Steam to create a marketplace where independent studios can offer equity stakes in their projects. Many independent developers have turned to Kickstarter, but the cost of creating a prototype for Kickstarter has posed an issue for unfunded developers.[14]

While open innovation does drive product variety, it also comes with added complications for Valve. A pivotal question that arises is: how much control should Valve impose on the independent developers that list their games on Steam? Quality issues with games on Steam will reflect poorly on Valve and the Vive, but too much oversight would be costly for Valve and would significantly increase the time it would take to develop games. (800 words).

[3] Video game systems include the traditional video games consoles, like the Xbox One or Playstation 4, as well as personal computers

[4] Max Cherney, “This Violent Video Game Has Made More Money Than Any Movie Ever,” Market Watch, April 9, 2018, https://www.marketwatch.com/story/this-violent-videogame-has-made-more-money-than-any-movie-ever-2018-04-06, accessed November 2018.

[5] These systems include the HTC Vive, Oculus Rift, and Playstation VR