Coca-Cola (Coke) is the world’s largest non-alcoholic, or soft-drink, beverage company. Their products are not only known everywhere, but the ice-cold refreshments can be enjoyed everywhere. However, Coke’s endeavor to refresh us comes at a significant environmental cost. Coke delivers sugary water, often in a disposable container, to far-reaching corners of the world. If externalities were taxed directly and energy prices were to rise, Coke’s operating model could be harmed or even endangered, along with other nonessential consumable providers. Specifically, this analysis will focus on the unit economics of a 20 oz. Coke for various future operating conditions based on the impact of climate change.

A 20oz coke from a vending machine for about $2 is a representative example of the many channels that Coke shares its products with consumers. This requires an incredible supply chain developed over 130 years [2]. A bottle and cap are first created using plastic injection molding and thermoforming, a petroleum based material. Water, sugar, and other ingredients are sourced to their factories. Coke already has a major initiative to focus on sustainable water practices, so those impacts will be ignored this analysis. After creating the soda, products must be carefully managed through various storage locations and transportation to ultimately land in your local vending machine or point of sale display. This latter part of the Supply Chain is where this impact analysis will focus. We’ll assume that Coke sells for $2, currently incurs $1.80 of costs, and maintain that $.20 margin. 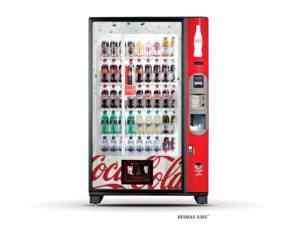 Costs of Transportation and Refrigeration

The largest component of cost is distribution the finished goods. For this model, let’s assume that its $.65 of the cost is the fuel costs to ship the bottles throughout the supply chain. Assuming that transport does not require refrigeration, just the refrigerated vending machines still consumes five times more electricity than a typical home refrigerator with energy consumption ranges from 7 to 16 kWh/day/machine [4]. If we assume that a machine sells 25 bottles a day, that means each bottle consumes about $.10 of energy costs in the vending machine.

Changes Due to Climate Change

Rises in planet temperature will not significantly increase refrigeration costs on their own, however when combined with a potential increase in energy prices the refrigeration will scale directly. Testing increases of those costs directly increases the costs to the product. For example, if delivery fuel prices grew to 400% of nominal, then the price of a Coke would balloon to $4.98 in today’s dollar.

The New Price of Coke

With these new unit economics, Coke will have choices. Fortunately, these effects will be felt by their competitors as well. So one option is for the consumer to get used to the higher price of cold beverages over time. While climate change isn’t happening fast enough on its own to spike prices, the cost of externalities and therefore energy could change quickly which is a risk. Alternatively, Coke could prevent this change by reducing its energy consumption or moving to renewable sources faster. In reductions, technology could cool at purchase time instead of constant cooling since Coke is nonperishable. Solar panels or earned carbon credits through larger renewables investments could also diversify this risk for coke. Climate change is already listed in Coca-Cola’s financials as a risk of future earnings [1], so presumably they are already considering a future world with the true costs of refrigeration and transportation embedded.

As mentioned, these unit economics would apply similarly to a variety of beverages. It would be hard to imagine that bottled water could survive this change in price, since its competing with piped water. More broadly though, a drastic change in the cost of transportation energy would increase the costs of most consumables and cause a decrease in purchase parity. This is partly why efforts to implement carbon-credit or other systems have failed to gain traction. But we need an economic reason for firms and governments to curb their current CO2 and other free forms of pollution.

Juan, the girl and the beetle: How humanity may run out of coffee

Student comments on How much will a 20oz Coke cost in the future with climate change?