In 2016, 2,538 thousand tons of olive oil were produced worldwide. [1] However, production has suffered significant variability in the last decade due to extreme weather conditions like heat waves and reduced rainfall. 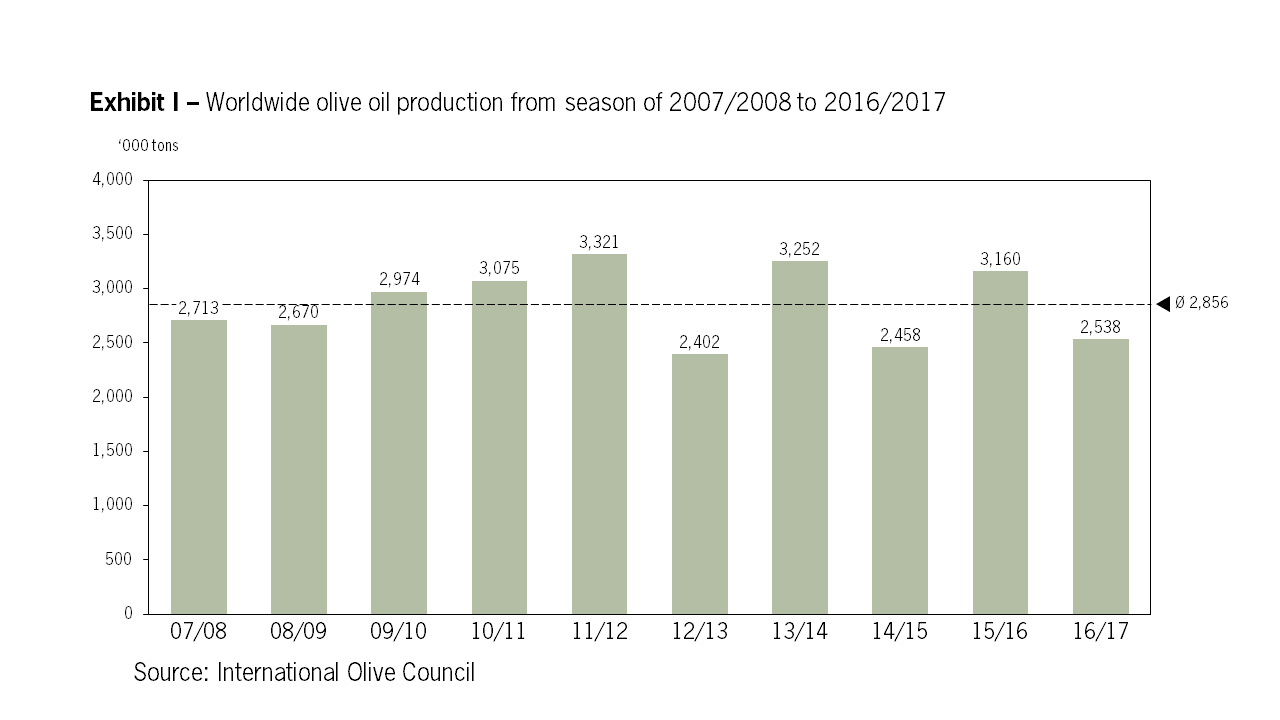 Olive oil producers, particularly in Southern European countries, are facing considerable challenges due to climate change. [2] Italy was hit by an unusually strong heat wave in the summer of 2016. This led to less than half of the expected production due to increased water shortage – a trend that is expected to continue in 2017. [3] A similar effect in Spain is forecast to decrease the national annual production by 10%. [4] [5] The relatively low levels of production from suppliers in a concentrated region (70-75% from Europe) coupled with an increasing demand for olive oil is pressuring the global olive oil supply chain. [6] 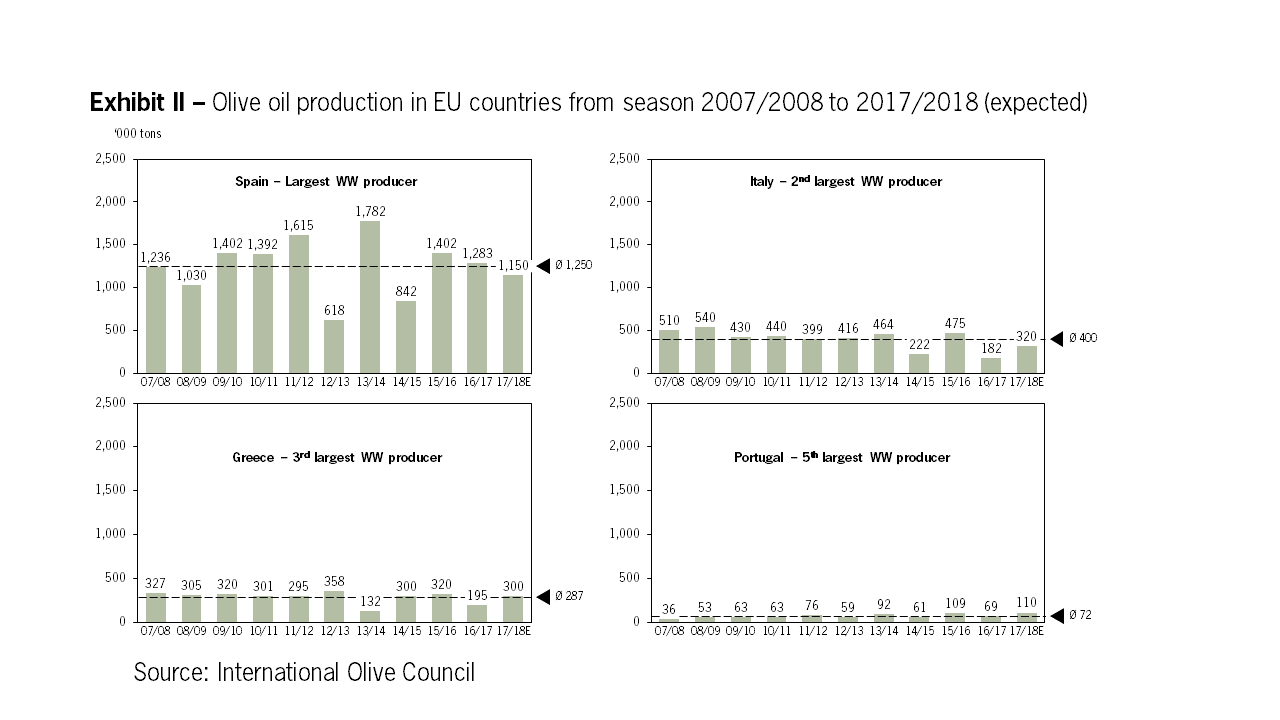 Herdade Maria da Guarda – how to beat the weather?

Herdade Maria da Guarda (HMG), a Portuguese company with more than 1.1 million olive trees in the south of Portugal, produced 2,000 tons of olive oil in 2016 (0.1% of the worldwide olive oil production). [7]

Similarly to Italy and Spain, Portugal has also been extremely affected by heat waves and rain shortage, plunging 75% of the country into severe drought. [8] [9] Being aware of the risks of weather variability, HMG management took several measures to mitigate its effects, both in the short- and long-term. This allowed HMG to keep its level of production constant since 2015.

HMG decided that all their olive trees would be supplied by a drip irrigation system, ensuring the plantation was not dependent on rainfall and would always receive the appropriate amount of water. Considering the significant costs that water represents to productions, HMG chose to only plant olive trees in lands close to the Alqueva, the largest European dam at the time of its opening. [10] Not only does this ensure competitive water prices, it also guarantees water supply – the Alqueva has enough supply to face up to 3 more summers of severe drought. Finally, HMG also selected olive species that are particularly resilient in extreme weather conditions. 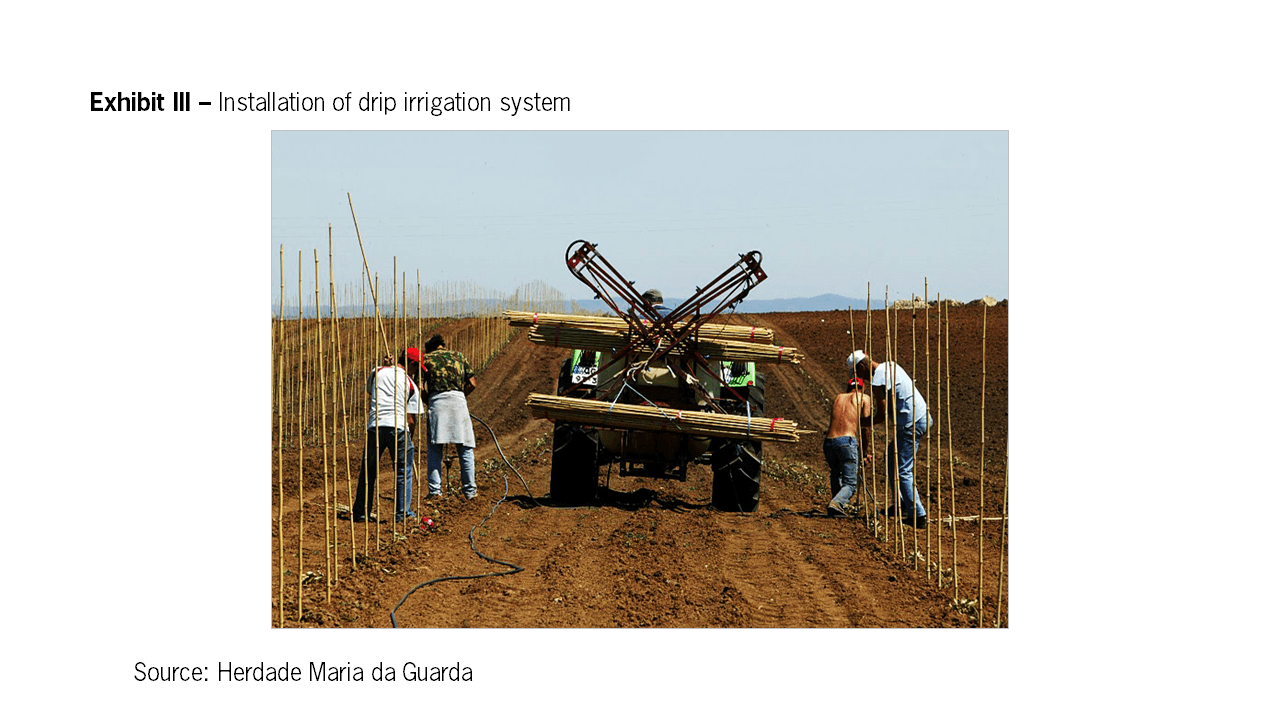 Despite having the water price locked for the next couple of years, HMG is concerned that the plantation may face a shortage of water and an increase in water price if severe drought persists.

To address this long-term concern, HMG first decided to focus on operational efficiency to protect long-term profitability. For example, the newly adopted method for planting olive trees allows for the optimization of labor costs – with the old system, the same 80 tons collected daily would require 200 workers, whereas today only one worker and one machine are sufficient. Another example is the way HMG optimizes the production waste (e.g. olive stones, sticks) to produce pellets to be used as fuel and supply self-sustaining energy to the plant.

Second, HMG also decided to build their own oil mill, reducing olive oil production time to just three hours (from the moment the olive is picked until it is turned into olive oil). This optimization of time ensures that all olive oil is extra-virgin, commanding a higher selling price with the same cost structure and making up for a potential decrease in revenues from reduced production or increased water price. 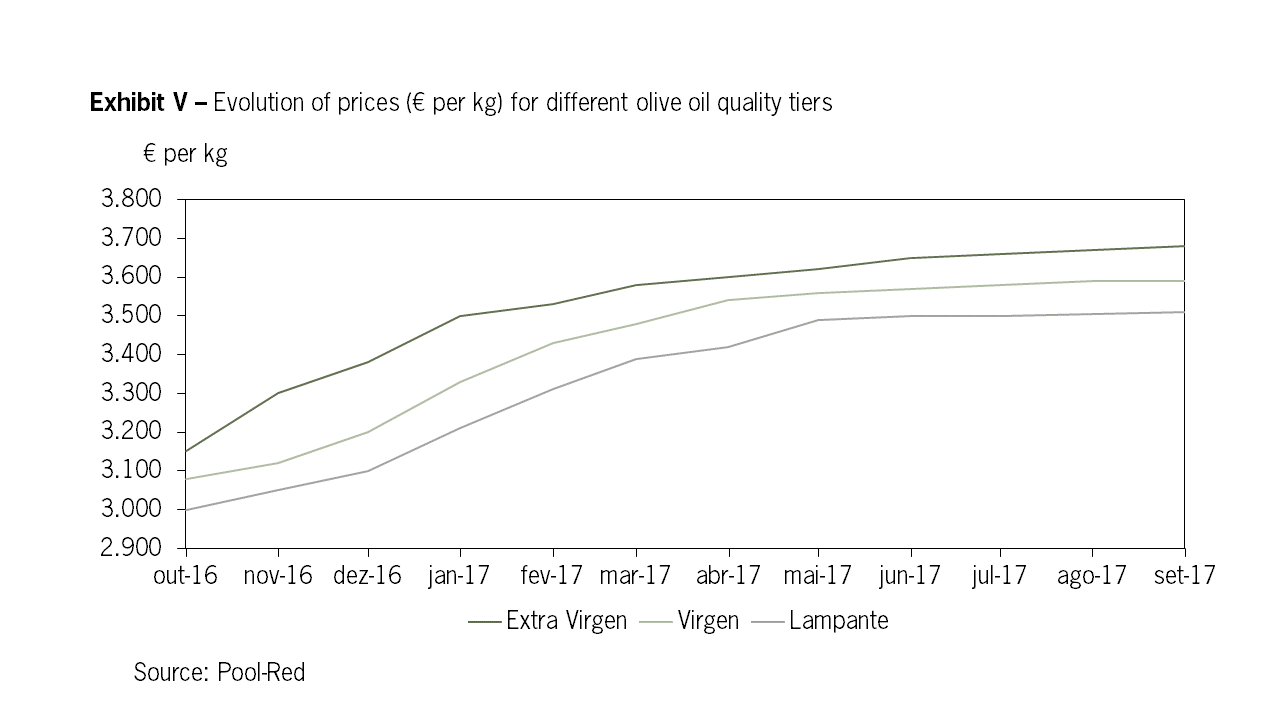 Third, HMG is starting a study to collect and analyze daily data using high-end technology to fully understand how each tree internally reacts to the climate and water. [10] This study will allow HMG to have a deep understanding of each tree, optimize water usage, and develop digital capabilities. [11] 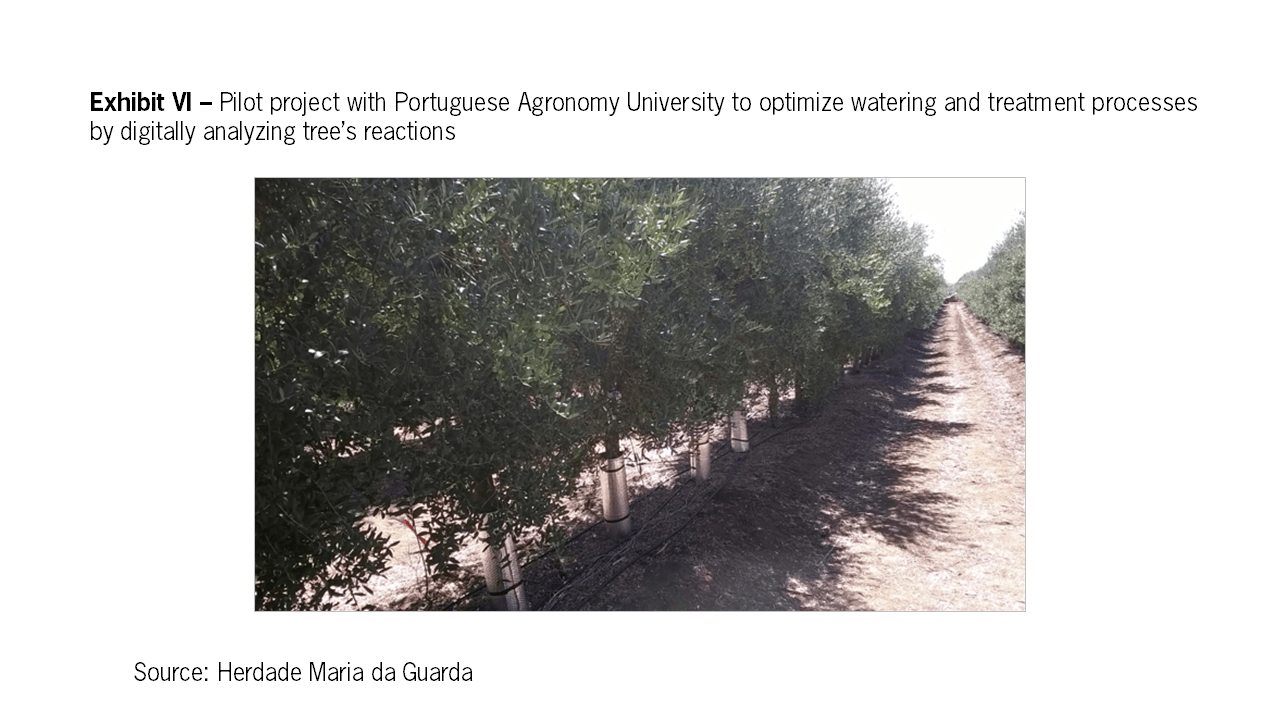 Finally, the 1.1 million olive trees contribute with the production of 8 tons of oxygen annually, meaning that two olive trees mitigate the annual pollution of one car, reducing the effects of the climate change. [12]

Suggested next steps and challenges

HMG’s impressive water optimization process ensured a constant production which is impervious to the extreme weather conditions in the last years, winning with increasing olive oil prices due to shortage of worldwide production. However, some challenges may still arise if overall demand for water, as expected, outstrips supply by 40% by 2030. [13] HMG can still have an important role in the water consumption optimization, both internally and across the industry, by engaging in various initiatives:

The (Data) World Is Not Flat: Microsoft, Isolationism, and Data in the Age of Cloud Computing