Hampton Creek is a food technology company working to revolutionize the way consumers eat everyday food items – from mayonnaise to cookie dough – starting with the egg. Founder and CEO Josh Tetrick has drawn parallels to the company’s mission and that of Amazon’s, saying that at its heart, Hampton Creek is “a technology company pioneering food”.[i] Through its investment in R&D and testing, the company is developing a new line of plant-based food products. Hampton Creek shies away from labeling itself as “vegan” or “healthy”, largely because it does not want to be viewed as a niche product relegated to the “health food” aisle; rather, it wants to become a substitute for our most common animal product-based staples. The company has raised $120 million from well-known investors since 2011 and sells its products everywhere from Target to Walmart.[ii] 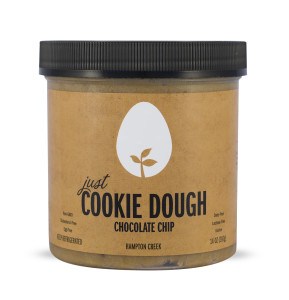 Hampton Creek seeks to create value for consumers, manufacturers, and the environment by 1) delivering cheaper, healthier foods at scale and 2) developing sustainable and safe food products. This value is captured in its low product pricing and ubiquity, as well as its commitment to working with plant-based suppliers only. Unlike most consumer packaged goods companies, technological innovation is at the core of Hampton Creek’s operating model and has been the foundation of its early success. The following are some of the key ways in which Hampton Creek is able to deliver on its mission:

Technology and R&D – The company’s core focus is its technology and product development. In fact, Tetrick has said the company will allocate one third to one half of recent funding round to R&D.[iii] It has a large team of scientists and researchers working together in a facility to find new plant-based proteins. The team screens hundreds of plant samples and has developed a large database with over 7,000 plant samples and 16 proteins to be used in recipe testing. For example, the company is now working on developing “Just Scramble” (plant-based scrambled eggs) and is about to launch a line of salad dressings (“Just Caesar”).[iv] Tetrick hopes that this investment in research will eventually allow him to expand beyond egg products into other types of animal protein substitutes.[v] In using technology to find plant-based alternatives, Hampton Creek is able to keep its product costs low and, in theory, reduce the environmental impact of the food chain by using less land, water, and resources.[vi] The database and any proprietary scientific discoveries the company makes will also serve as strong competitive advantages.

Human Capital – Hampton Creek has hired a skilled team of food scientists, biochemists, data scientists, researchers, and chefs in order to create their products. For example, Hampton Creek’s vice president of data managed analytics for Google Maps and YouTube.[viii] The expertise of the team lends additional credibility to the business, is a strong selling point for investors, and is essential in driving forward the business’s core goal: to develop healthier, delicious foods.

Supply – In working only with plant-based suppliers, Hampton Creek aims to mitigate the safety and price risks associated with sourcing eggs. Salmonella, avian flu, and allergies pose health concerns, and eggs are more expensive to source than plant-based ingredients.[ix]

Distribution – The business creates value for customers and the environment by producing at scale and partnering with mass retailers and distributors. In addition to its presence on mainstream shelves at places like Walmart and Whole Foods, Hampton Creek recently formed a partnership with Compass Group, a food service provider that serves over eight million meals per day at corporations, universities, and museums.[xi] While the company has not shared specifics, it is also a provider to food manufacturers.[xii] This distribution strategy allows Hampton Creek to serve a large customer base and change the eating habits of the “everyday” consumer. Hampton Creek’s ability to execute on its distribution strategy may be due in large part to the positive press and its well-known investors; nevertheless, it is this strategy that has allowed it to grow quickly, become more “mass market”, and reduce the environmental impact of sourcing eggs.

Hampton Creek’s investment in technology and human capital, as well its supply and distribution strategies, have allowed it to become a large producer of healthier, less expensive, everyday food products. Its creation of a plant database, commitment to discovering new plant-based proteins, and strong retailer relationships have, to date, given the company an early competitive edge.