Twitter, a microblogging and social media platform, enables users to read and post short messages. But in actuality, Twitter has become a digital, real-time, public broadcast. 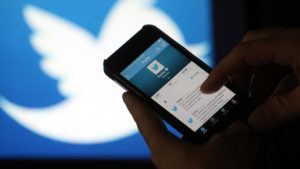 Today, Twitter is one of the main suppliers of 24/7 news updates. Because of digitization, user preferences have changed to active rather than passive and the news process flow has shrunk drastically. Consumers require information instantaneously, and they often don’t have time to read an entire article or watch a lengthy TV broadcast.

Through digitization, Twitter has allowed consumers to be more connected and more informed than ever before. But Twitter must pay close attention to cyber-security threats. Bots and hackers have learned how to outsmart Twitter’s systems, exposing weaknesses in their supply chain. On October 30th 2017, Twitter executives testified before Congress on the bots and misinformation that influenced the 2016 U.S. Presidential election.

Furthermore, the President of the United States uses Twitter as his preferred means of communication. This matters because Twitter’s user base is growing: from 310 monthly average users in January 2016 to 330 million monthly active users in October 2017 [1].

Twitter’s mission statement is “to give everyone the power to create and share ideas and information instantly, without barriers.” But at what cost?

From the end-user perspective, Twitter pushes content to users based on who they follow, their location, and what is “trending.” Users select which accounts to follow and can elect to turn on their location services, then Twitter’s algorithm pushes “trending” content to their Twitter newsfeeds. The algorithm identifies topics that are popular in real-time. For instance, if there is a 10-car pile up on a highway nearby, users can go onto Twitter and see an update on the crash via the Trending tweets. Or in cases of severe weather power outages, users can go on to Twitter to find the nearest shelter.

From the journalist perspective, Twitter provides 24/7 monitoring of the worldwide news [2]. Since users now want to consume news immediately, rather than the next day, journalists can use Twitter to stay on top of the news cycle and be the first to break a news story. Journalists can also provide raw materials into the funnel. Twitter then provides worldwide news coverage of journalistic stories. If a journalist tweets about a story that ends up trending, it can attract thousands of new readers or followers.

The looming threat to Twitter lies in the legitimacy of their site content. How does digitalization exacerbate this issue? Hackers continue to outsmart the Twitter systems with new technologies. Twitter users can have full anonymity through their elected username, so hackers can theoretically make thousands of Twitter bot accounts, have them all spew out the same fake news or hate speech, and cause a topic to become “trending.” Samuel Wooley, the director for research at Oxford University’s Computational Propaganda Project calls this “manufacturing consensus.” [3]

Twitter’s mission statement appears to be in direct opposition to fact-checking, but their reputation depends on a certain level of quality control. Twitter has been actively updating their policies around reported content and abusive users (Exhibit 1).

They have several systems in place that work to identify suspicious users, but often these systems are implemented retroactively.

@TwitterSafety, here are my recommendations:

In the short term, Twitter should act fast and make quality content their number 1 priority. They should update their mission statement to include their commitment to the quality of the content they feature.

Additionally, they should focus on perfecting the filters in their process flow by utilizing machine learning and AI to supplement the dedicated compliance teams. In the long term, they should strive to have machines handle the entire process of filtering out malicious bots and content.

Lastly, they can work on implementing a system that incentivizes users to flag and report content – at the moment users are not empowered to do so. 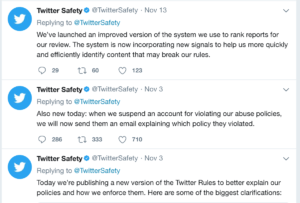 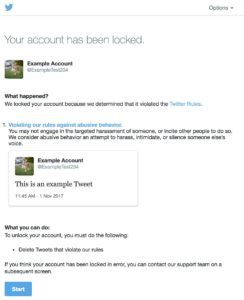 Goodbye To The Big Screen, Hello Everything Else – How Much Is Too Much?

Student comments on #hacked: the proliferation of fake news bots on Twitter