Believe it or not, Goldman Sachs is increasingly being mentioned in the same breath as technology behemoths Google, Apple, Facebook, and Microsoft – and not because it is advising on M&A or IPOs. Rather, given its increasing forays into digital initiatives, with a technology division of more than 9,000 people (close to one-third of the firm’s employees and the largest division at the firm), the storied bank is beginning to look and act much like the more archetypal technology companies we traditionally think of.[1]

What has it done?

Over the past few years, Goldman has made moves away from its core by building and investing in digital technology. For example: 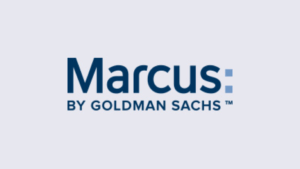 Why is Goldman is doing all of this when it already has a business that has been successful for over 100 years without a ‘digital transformation’?

Taking what Goldman’s leaders have expressed in public, one can assume that the above actions are not one-offs, but part of a larger strategy to transform the business’s long-term positioning in light of a changing economy. In fact, in the firm’s first ever podcast, CEO Lloyd Blankfein declared, “We are a technology company.”[8] 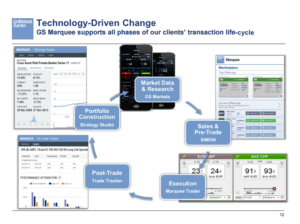 By making its tools open source, for example, it aims to provide a platform that will defend against entirely new entrants (like Google’s Android) by having developers build onto its existing system while creating cross-selling opportunities.[9] Additionally, investing in fintech companies allows the 147-year old company to learn from and ward off would-be disrupters and move away from risky qualitative judgement calls than can be made better quantitatively.[10] And, with blockchain, Goldman can disintermediate many of the businesses it now relies on to execute transactions as a way to cut costs and make its operation more secure.

In creating a digital bank and lending platform in the form of GS Bank and Marcus, respectively, Goldman is appealing to the millennial consumers who increasingly shirk traditional retail banks and who could eventually be cross-sold as they become wealthier.[11] Marcus’s fixed rate loan is especially attractive for consumers given a rising rate environment. Given regulation, consumer-focused businesses are “potentially more lucrative” and they help satisfy capital requirements.[12] Importantly, Goldman can do this relatively cheaply through digital platforms, while many of its competitors are now trying to rationalize their outsized real estate assets that are no longer needed to the same extent in a digital-first economy.

The branding benefits of these digital initiatives is not lost on Goldman, either. Positioning itself as a technology company – it even hosted its 2015 shareholders meeting in San Francisco – allows the firm to recruit a new generation of tech-savvy talent.[13] Along the same lines, the no-frills business models appear to be an effort to further remove itself from the shadows of the financial crisis, which unfairly or not, has muddied the reputation of the industry.

Tactically, Goldman has chosen to pursue these efforts somewhat independently, and not as a wholesale change to the entire business. In the short-term, this is smart: it allows these new businesses to grow and learn unencumbered by the rest of the organization, while it doens’t distract or disrupt the core businesses. In the long-term, to begin seeing more ROI on its fintech investments, Goldman should begin more fully integrating them into its core businesses. As technology changes, these adjacent businesses may soon become central to Goldman’s competitive advantage. By starting now, it can get ahead of the competition to an even greater degree and protect itself from disruptions that even it doesn’t see coming.

Finally, while technology can help in daily activities and smaller businesses, Goldman should always keep in mind that is in a client service business and people are its foremost asset. Any maneuvering away from the high touch, intellectual capital-heavy customer promise will cause existing clients to take their business elsewhere – a risk that it certainly cannot afford.

[11] Alan Royal, “The Goldman Sachs Effect on the Future of Banking is All About Millenial Digital Experience,” Banking CIO Outlook, [http://www.bankingciooutlook.com/cxo-insights/the-goldman-sachs-effect-on-the-future-of-banking-is-all-about-millennial-digital-experience-nwid-159.html], accessed November 2016.

Digitized Hotels or Staffless Hotels? That Is the Question for Hilton Worldwide

Student comments on Goldman Going for Gold… through Digital.