We have a large problem in the United States: there are a lot of cars that aren’t being utilized very efficiently, but most households still purchase cars because use of a vehicle is required in many situations.

There were 240 million cars in the United States in 2014, a figure that has remained relatively constant over the past several years, and over 90% of U.S. households have at least one car. [1][2] The average total annual cost to own a vehicle is $8,698. [3] Despite widespread adoption and relatively high expense, the median driver only uses their vehicle for 22 minutes per day, meaning those drivers’ cars sit idle for all but those 22 minutes. [4]

Exhibit 1: Cars in the United States [1] 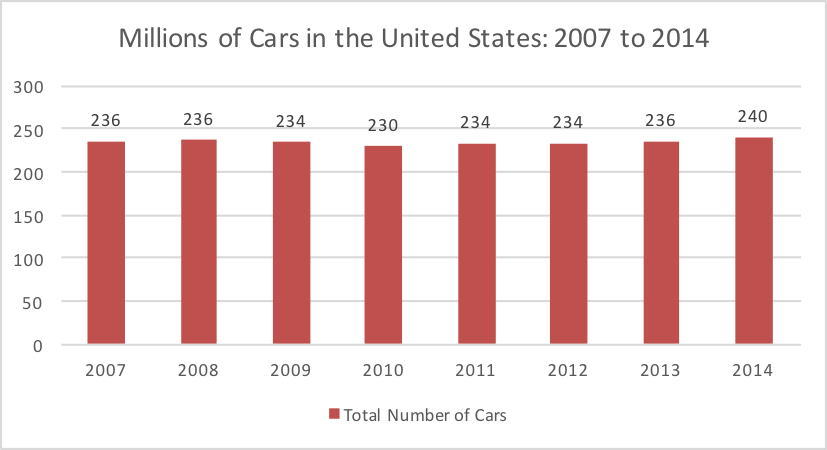 Although car ownership is expensive and potentially inefficient, vehicles are required in many situations, and traditional alternatives to car ownership are frequently less than ideal. Rental agencies introduce a high degree of friction to rent and are frequently located far away from the renter. Transportation services, including Uber and taxis, are relatively expensive and only work for very short trips.

Getaround promises to solve these pain points by providing an online marketplace that makes it easy for people who require use of a vehicle on a sporadic basis to rent from nearby car owners, and the Company delivers on this promise by utilizing the internet, mobile phones, and a telematicsa box located in the vehicle.

How does Getaround work?

Once a vehicle owner decides to list on the platform, Getaround installs a telematics box in the vehicle that enables renters to find the vehicle location using GPS tracking and unlock the car with their mobile phone. Owners then set an hourly (or daily) rental price, provide a schedule of when the car is available, and post the car to the online marketplace. [5]

What are the key benefits of the model?

Next Steps for Getaround

There are two primary steps Getaround should take in the near future:

Despite being founded in 2009, Getaround is still relatively small today with only ~100 employees, a private valuation of ~$150 million, and operations in four major metropolitan areas. [11] The Company provides a great option for vehicle sharing, and with a couple of tweaks to their strategy, I am confident they will grow substantially and achieve long-term success.

a) Telematics refers to the use of wireless devices to transmit real-time data back to an organization and is typically used in the context of automobiles. [12]

[11] Source: Pitchbook.com, a division of Morningstar.