After 100 years of innovation and growth, the horseless carriage is on the precipice of disruption from somewhere that Henry Ford could never have predicted: Mother Nature.

Each year the physical effects of climate change hit us with increasing severity. The frequency of extreme weather events, rising sea levels, and glacier recession have grown to alarming levels. Governments are grappling with the effect of climate change on human life, but there are significant economic costs to also consider. Citi estimates that the future cost (NPV) of inaction on the world economy is as high as $70 trillion [1]. For context, today’s global GDP is estimated to be $80 trillion[1]. In the face of these new challenges today’s corporations have three options: inaction, mitigation or adaptation [1].

Governments and consumers are putting pressure on the auto industry of greenhouse gas pollution to adapt and build a cleaner, more sustainable future. This pressure has created two principal threats: regulatory and competitive. For companies who are agile enough to respond, this seismic shift represents great opportunity. 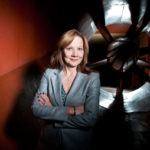 “I believe the auto industry will change more in the next five years than it has in the last 50, as we develop new options and modes of transportation for moving us from point A to B. This gives us an unprecedented opportunity to develop cleaner, safer, smarter and more environmentally friendly vehicles for our customers.“ – Mary Barra, CEO of General Motors

Enter General Motors (“GM”). Can the company that introduced the world to the “H2” Hummer really transform it’s business and product line to be sustainable? Mary Barra, GM’s CEO, has made it clear that she believes the company can adapt their business to directly confront climate change.

GM faces intense regulatory pressure on both their manufacturing process and their products. The numerous regulations that govern GM are determined by a web of state, federal and international agencies that regulate pollution [2]. These agencies regulate both GM’s supply chain and their product lines. GM’s is held financially accountable for pollution or other environmental damage originating from its manufacturing operations regardless of cause. Meanwhile, other regulations require that GM’s vehicles meet annually increasing standards for car emissions, fuel economy and sales of zero emission vehicles (“ZEVs”)[2]. President Obama reiterated this point, proclaiming in his 2011 State of the Union that the United States would have 1 million electric vehicles on the road by 2015 [3]. Obama’s speech set off a race to create the next generation of vehicles, an electric car that would resonate with consumers pull the world into a more sustainable future.

General Motors believes that fostering conversation and investing in technology are the keys to navigating this new world of growing regulatory and competitive risk. To that end GM has made a commitment to provide full transparency for climate related data to start a dialogue and identify areas for improvement. This year, CDP, the world’s only global environmental disclosure system, awarded GM perfect scores on climate change data disclosure [6].

At it’s core, GM has always been an engineering company. They invest in a high-level of R&D ($7.5 billion in 2015) to deliver technologies that position GM to comply with regulation and compete more effectively [2]. These technologies include eco-friendly propulsion (Hybrid, Plug-In, Alternative Fuel Vehicles, Hydrogen Fuel Cell, etc.) and process innovations within GM’s manufacturing operations [2]. As of 2015, approximately 50% of GM’s manufacturing operations were landfill free [2]. Through these innovations, GM estimates that in 2015 alone, they recycled 2 million metric tons of waste and avoided ~9 million metric tons of greenhouse gas emissions [2]. These incredible results have earned GM praise and in 2015 GM was the only automaker to be named to the 2015 Dow Jones Sustainability Index for North America, the leading global benchmark for corporate sustainability [7].

In 2010, GM was first to market with their Chevrolet Volt, however the Volt did not connect with consumers and in its first year only managed to sell 7,671 units [4]. Subsequent year sales were no better, and unfortunately the Volt has never managed to exceed 24,000 annual units [4]. Tesla has emerged as a strong up-market competitor and validated the market with sales of 50,000 Model S units in 2015 [5]. If GM is to succeed in their strategy of sustainability they must convert their world-class IP library, global supply chain and portfolio of brands to compete and win in this high growth space. (780 words).

It’s Time to Whine about the Future of Wine

Student comments on General Motors: Navigating the Road to a Sustainable Future