On 24 June 2016, the UK woke up to the news that 52% of voters had voted to leave the European Union (EU).  A shock to many, this had profound effects on businesses and markets throughout the world: the pound dropped more than 8% against the dollar and markets lost approximately $2T.  Almost a year and a half later, the UK still has many unanswered questions about how international trade will be conducted when the UK leaves the EU in 2019.

On top of a weaker and more unstable pound, one of the key implications that businesses are keen to understand is that of potentially leaving the single market and what that means for the import and export of goods.  Considering the current lack of progress in negotiations, of concern is whether there will be any trade agreements at all between the EU and the UK when the two-year negotiating period expires.  If no trade agreements are in place, the UK will be forced to abide by World Trade Organisation (WTO) tariffs when trading with the EU.

When looking at WTO tariffs, dairy products have some of the greatest tariff rates: 36-50% ad valorem[1].  This is of concern to both the UK and EU.  99% of UK dairy imports come from the EU and 90% of UK dairy exports go to the EU[2] (see Figure 1).  The value of EU dairy imports to the UK in 2016 was £2.5B (c.f. £105M from non-EU countries), equating to ~20% of all non-UK EU exports[3], and £900M of dairy products were exported from the UK to the EU (c.f. £386M to non-EU countries)[4].  French food trade association ANIA recognises the risks to the dairy industry: “sectors that could be most affected are naturally those that most significantly contribute to the French trade balance: wines and dairy products in particular”[5] with some analysts suggesting up to €400M could be lost in French exports between 2017-19[6].

For companies like General Mills (GM), the UK moving to WTO tariff rates and continuing adverse currency fluctuations could cause substantial damage to their European operations.  Of the nine brands that GM UK maintain (see Figure 2), two are dairy products produced in France: Yoplait (including Liberté) and Häagen-Dazs.  Furthermore, the UK is GM’s second largest global ice cream market in retail channels.  However, overall operating profits in the year since the EU referendum were down $13M (18%)[7] for the segment “driven by significant raw material inflation, especially dairy, which impacted both Häagen-Dazs and Yoplait, as well as currency-driven inflation on products imported into the UK”[8].  Overall net sales for the segment declined 9% “primarily reflecting unfavourable foreign currency exchange”.[9] 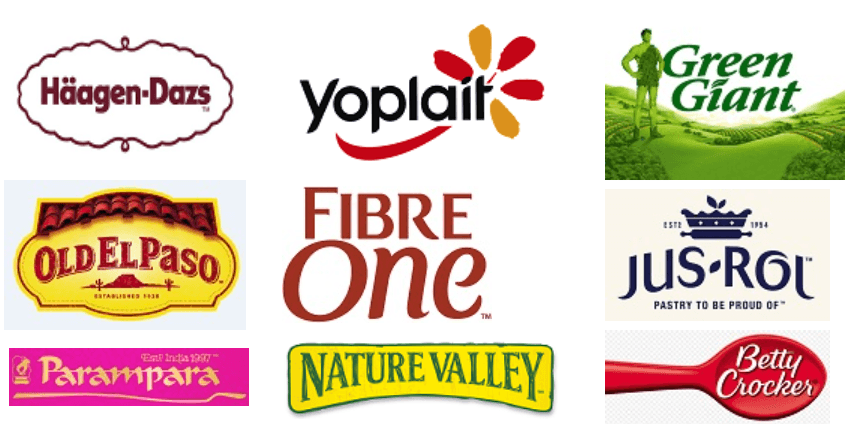 With such uncertainty, it is hard to suggest what General Mills should do.  After all, there are still many that hope the UK will be able to remain within the single market for some time and therefore continue as they did before the vote, however currency fluctuations are likely to remain for several years.

It appears GM are continuing to innovate and invest in building the Häagen-Dazs brand, but Yoplait is struggling throughout Europe as local yoghurt producers take market share[10].  It remains to be seen whether the isolationist feelings that led to a vote to leave the EU will extend to a ‘British is Best’ mentality for ice cream and yoghurts when consumers could be hit with price hikes on foreign dairy.  The most common British yoghurts to be found in supermarkets tend to be high quality (e.g., Yeo Valley) and can compete with French produce, however there appear to be no direct competitors to the super premium Häagen-Dazs except for a few small brands that could put GM under some pressure if they achieved significant growth (e.g., Kelly’s of Cornwall).

Should it become likely that the UK will move to WTO tariffs for dairy, GM will be faced with a question of what to do with their UK distribution.  If the political climate is such that WTO tariffs may only be temporary, then there could be good reason to continue distribution.  If GM were able to absorb the tariffs (and not pass on to consumers), this could be economically viable for a short period.  However, if the period on WTO rates is longer term, they may need to contemplate ceasing distribution in the UK.