Additive manufacturing (AM), often referred to as 3D printing, is a manufacturing process where components are assembled layer by layer according to a computer assisted design drawing, rather than the traditional method of cutting material away. Using technology referred to as powder bed fusion, material is deposited onto the build area before an energy source such as a laser heats the cross-sectional area to melt the particles and then rapidly cool them.[i] 3D printing usage has been limited historically due to high cost of capital and slower production speeds, as well as a complicated regulatory environment in many industries.[ii] GE’s recent investments in this technology reflect a confidence in its potential benefits including waste reduction, weight reduction, part simplification, reduced time to market, and improved performance.

3D printing is relevant to GE and the aerospace industry in general as aircraft components continue to become increasingly complex. Due to the high cost of equipment and the relatively long cycle times, additive manufacturing is a poor substitute for low complexity, high quantity manufacturing. In the standard subtractive process of manufacturing, complex components with internal cavities require multiple subcomponents fastened together through a variety of processes. As 3D printing is additive in nature, it can create identical components as singular objects, allowing for fewer inspections and improved workflow efficiency. For example, GE engineers used 3D printing to produce half of a 900-piece LEAP jet engine in 16 components.[iii] Material wastage is also decreased, as the only material consumed in the process is that which is used in building the component. 3D printing also has the potential to simplify supply chains, allowing components to be produced in additional locations rather than relying on specific manufacturing sites. This can reduce shipping costs as well as ground time for aircraft.

The head of GE additive sums of the high potential and disruptive nature of additive manufacturing: “Once you start thinking about it, you realize both intellectually and emotionally ‘Oh my God, if I don’t start moving, somebody else will.’[iv]” In the short and midterm, GE is pursuing a strategy of rapidly expanding capability through acquisition and growing its internal knowledge base. When designing the LEAP jet engine, GE engineering designed revolutionary fuel nozzles unable to be cast in traditional ways. These components were able to be produced through AM processes combining 20 parts into a single component, weighing 25 percent less, and having five times the durability. They purchased their partner from the LEAP nozzle printing, Morris Technologies, in 2012 and expanded their portfolio in 2014 with $1 billion investment in Arcam AB and Concept Laser. GE Additive was officially formed in 2016, with a stated goal to develop their additive capabilities to $1 billion in revenues by 2020 (from $300 million in late 2017). Engineers from throughout the business are trained in AM in “manufacturing boot camps” and sent back to find new possible implementations.

GE Additive should continue its current strategy as well as review existing components for compatibility, educate regulatory bodies, and pursue parts-on-demand strategies. As the 3D printing process has lower output but higher efficiency in small production runs, one use would be to delegate replacement components to existing aircraft to AM while utilizing traditional manufacturing processes for mass production. Government familiarity with AM is a potential concern, so GE should partner with the government when possible to streamline the regulatory approval process. This began in late 2018, as GE worked with the FAA to authorize a “change in design” allowing AM clips in GE’s GEnx engines, taken from design to production in less than 10 months.[v] Finally, research into the application of parts-on-demand will reduce inventory costs and decrease ground time for aircraft. 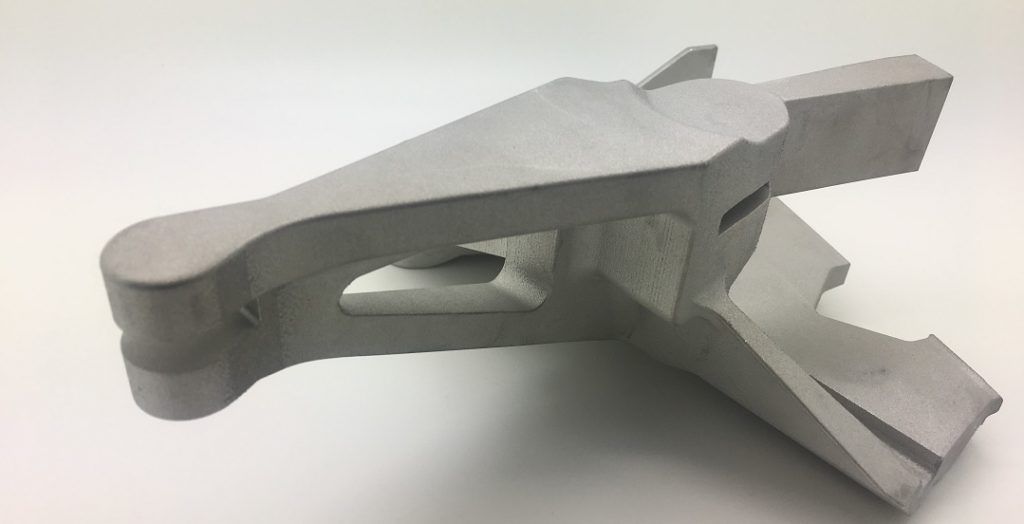 GE is well situated to capitalize on the additive manufacturing revolution. While their general strategy has been to make rapid acquisitions and expand into the AM field while exploring a wide assortment of potential uses, what challenges should it prioritize? Who are the best potential partners for GE?