I traveled all the way to France, and I didn’t even get to see it. I stood on my tippy-toes. I stretched my phone into the air to take a selfie. But the gawking gaggle of tourists blocked my path to finally understanding what all the fuss was about. After an eternity of waiting for an opening, I gave up. And as I begrudgingly trudged toward the almost-as-famous statue of Aphrodite, I told myself that it didn’t matter I had walked 40 minutes in the rain from my hotel to the Louvre: the Mona Lisa was overrated anyway.

My above experience represents many people’s attempts to see some of the world’s greatest works of art. Adding to my frustration is the fact that the works are strewn throughout the world. And while I’ve made attempts to attend at least one museum every place I’ve traveled, there are so many masterpieces that I haven’t even come close to seeing … until now.

The Digitization of Art

Thanks to a novel push by many the world’s museums, the Mona Lisa in high-definition is just a click away. In contrast to my initial attempt to meet Mrs. Lisa, now I can analyze every one of Da Vinci’s brushstrokes and see the micro-cracks in the paint.[i] 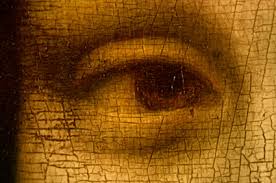 Holbein’s The Ambassadors has always been one of my favorite pieces. And the National Gallery’s super high-definition scans have allowed me to see more details that I could have ever expected. 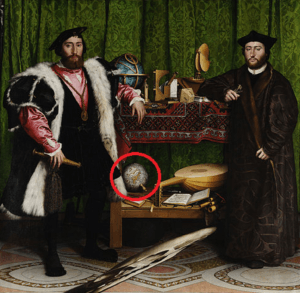 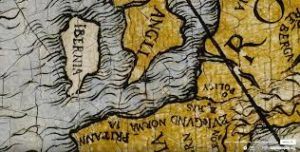 Even presidential portaits are getting the digital treatment!

People of the future are going to know exactly what our leaders looked like. Sorry Donald! 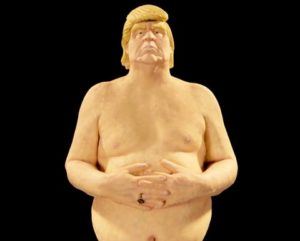 This new technology stretches across millions of the major works within the world’s best museums, including the Louvre, the Smithsonian, the National Gallery, and many others. The Smithsonian alone is currently working to digitally catalog over 14 million pieces![v]

But this is nothing new; museums have long been at the forefront of digitization. The first museum audio tour was introduced in 1952.[vi] In 1995, the International Council of Museums released an official statement that urged museums to start using the internet, way before the world knew just how big of a role the internet would play in everyone’s daily life.[vii]

Other uses of digitization

One of the most obvious benefits of the new imaging technology is that anyone can access the images from around the world. This allows more people to see and analyze the works, facilitating more complete discussion and crowdsourcing research. Finally, the museums have a chance to deliver artistic education to anyone with a computer and an internet connection.

It also presents commercial opportunities. The Rijksmuseum, for example, was one of the first to release its images for free so that they could be printed on iPhone cases, pillows, handbags, and other accessories.[viii] The museum administration’s thoughts were that people were going to pirate the images anyway, so why not provide the images in high definition?

Finally, the new methodologies have proven to solve long-standing disputes over artifact ownership. Recently, the Smithsonian managed to return artifacts to Native American burial grounds because the scans were so high definition, that the 3D-printed replicas were identical to the real things. The Native American tribes were so impressed, that many requested a few copies for themselves![ix]

Finally, by maintaining high-definition scans of the world’s greatest works, the artistic community is guaranteeing that cultural heritage continues to exist even physical manifestations are one day destroyed either by natural disaster or human malice. For example, when the Taliban demolished the Buddhas of Bamiyan in 2001, the physical works were lost forever. But the existence of high definition photographs, allowed the statues to be resurrected with light. See below:

One of the potential downsides is that people may believe that a digital image is a substitute for seeing the real thing. But overall, this has proven not to be the case, as museum attendance continues to reach new highs around the globe.[xi] Perhaps greater access and broader education merely whets and doesn’t satiate the human desire for art and creativity.

[iv] US Magazine, “Why Are THere Naked Donald Trump Statues All Over the United States?,” http://www.usmagazine.com/celebrity-news/news/why-are-there-naked-donald-trump-statues-all-over-the-us-w435180, accessed November 2016.

[v] Smithsonian Magazine, “What Digitization Will Do for the Future of Museums,” http://www.smithsonianmag.com/smithsonian-institution/what-digitization-will-do-for-the-future-of-museums-2454655/, accessed November 2016.

Is Barnes & Noble in the Border(s)line?

Why Technology is Causing Your HBS Degree to Depreciate

Student comments on From Paintbrush to Pixels