According to its website, “Facebook’s mission is to give people the power to share and make the world more open and connected.”[i] To date, Facebook has been successful in fulfilling its mission statement for its more than 1.18 billion daily users. Mark Zuckerberg, Facebook’s CEO, however, has much loftier goals: he wants everyone on the planet to have access to the internet. To this end, Zuckerberg and Facebook created an initiative in 2013 called Internet.org. 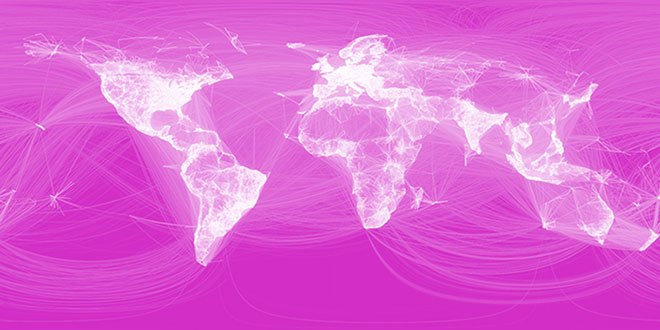 Internet.org is a partnership between Facebook and six companies (Samsung, Ericsson, MediaTek, Opera, Nokia, and Qualcomm). It is founded on the belief, as stated by Zuckerberg, that internet “connectivity is a human right.”[ii] Zuckerberg believes that the internet is the foundation for the “global knowledge economy” that “encourages worldwide prosperity.”[iii] With internet access, farmers in rural India can access information about weather reports or market prices that will allow them to improve their business. School children in Kenya will be able to use the internet as a learning tool in the classroom. Currently, Internet.org is available in 53 countries across Asia, Africa, and the Middle East.[iv] To provide free internet, Facebook has needed to partner with local mobile data carriers who supply data. Unfortunately, this is where most of the controversy surrounding Internet.org started.

Facebook created an Internet.org app (later rebranded to “Free Basics” after numerous PR backlashes). Although technically an application, Free Basics is actually a platform for accessing other applications that have been published within Free Basics. Like any smartphone app, Free Basics uses data provided by a mobile carrier in order to run. Unlike other smartphone apps, telecom providers allow Free Basics to be a “zero-rating” application, meaning that there is no data charge for using Free Basics (while accessing any other application, like Google Maps, counts against a user’s monthly data limit.) Zero-rating goes against “net neutrality”, which is the concept that “internet service providers should provide us with open networks — and should not block or discriminate against any applications or content that ride over those networks”.[v] Broadly speaking, without net neutrality, an ISP could slow down applications created by its competitors or charge users extra to access certain apps. Instead of a free and open internet, companies could be forced to pay to have their content be available or prioritized within a certain ISP’s ecosystem.

Internet.org, many argue, violates net neutrality by making ISPs allow free access to Free Basics while still charging users data to access any other app. Initially, Facebook only allowed select developers access to publish on Free Basics. However, due to criticism of this practice, Facebook now claims that Free Basics is “open to any developer and any application that meets basic technical requirements.”[vi] Even though Facebook claims that competitors such as Google or Twitter can publish apps to Free Basics, some questions remain as to exactly how open the platform is for app developers.

In addition to questions about net neutrality, there are also concerns about the actual goal for Internet.org and its partners. Is Internet.org really about fulfilling Zuckerberg’s idea that “connectivity is a human right”? Or is Internet.org an elaborate hoax being used to bring users into the Facebook ecosystem, with the ultimate goal being monetization of its users? Buzzfeed further investigated Internet.org and came to the conclusion that “ultimately, for both Facebook and its partners, Internet.org is nothing more than a customer-acquisition initiative.”[vii] Mobile data carriers are willing to provide free data for the Free Basics app because it brings in many users that will eventually pay for the broader internet. Indeed, Internet.org’s own website proudly boasts that “over 50% of people who use Internet.org pay for data and access the broader internet within 30 days”. [viii]

While Facebook has weathered numerous PR hits in the past without any serious setbacks (particularly around privacy), Internet.org may not be so lucky. The biggest blow to Internet.org happened in February 2016, when India essentially forced Internet.org out of its country.[ix] Despite a sizable PR campaign within India that included numerous billboards and even an op-ed by Zuckerberg in the India Times, India’s telecoms decided to not allow any “zero-rating” apps.[x] Without question, India and its over 1.2 billion people, of which only 26% have internet access,[xi] was the biggest prize for Internet.org (particularly with China being completely unavailable for Internet.org.)

With 50% of Chinese and roughly 75% of Indians without internet access, and with Internet.org unavailable in both places, it seems unlikely that Zuckerberg will be able to attain his goal of everyone in the world being able to access the internet. However, given the questions surrounding Internet.org and net neutrality, and given the fact that Free Basics may simply be an elaborate user acquisition scheme for Facebook, telecom providers, and app developers, it may be a good thing to see Internet.org fail.

[v] Save the Internet. 2016. Net Neutrality: What You Need to Know Now. [ONLINE] Available at: http://www.savetheinternet.com/net-neutrality-what-you-need-know-now. [Accessed 17 November 2016].

[vii] Caroline O’Donovan and Sheera Frankel. 2016. Here’s How Free Basics Is Actually Being Sold Around The World. [ONLINE] Available at: https://www.buzzfeed.com/carolineodonovan/heres-how-free-basics-is-actually-being-sold-around-the-worl?utm_term=.ewqrlxANL#.qumD9NLP4. [Accessed 17 November 2016].

Electronic Health Records — when does data become too much?

Not on Target: A Retail Giant Struggles to Remain Relevant

Student comments on Free internet? What could go wrong?