Florida Power & Light (FPL) is seen by many in the energy industry as one of the utilities at the forefront of the modernization and digitization of the US electric grid. FPL gained this market position in part by taking advantage of a $200M DOE grant as part of the American Recovery and Assistance Act of 2009 to accelerate their smart grid plans, including “deploy[ing] 4.5 million smart meters and more than 9,000 automation devices and sensors on its distribution grid, complet[ing] its DMS [distribution management system] and implement[ing] an overarching situational awareness tool.”[1]

What do these modernization projects mean for FPL and for their consumers? Historically, utilities have used time-delayed, one-directional metering infrastructure to gather data about the consumption patterns of their customers for billing and planning purposes, as well as react to issues like power outages. Collecting this data was a manual process that involved expensive truck rolls and inefficient, error-prone hand recording. Now the smart grid allows them to automatically gather data from meters, to see grid conditions in real time, and to generate predictive analytics to hedge against demand spikes and potential power outages.

From a customer perspective, smart infrastructure helps FPL run its operations more efficiently, “delivering more than $30 million in operational savings in 2014 alone – savings that help FPL keep bills low for customers. More savings come from a reduction in the number of times FPL crews have to make trips into the field to perform work – 170,000 fewer field visits through 2014. Customers also benefit from faster, more convenient service connection and disconnection when opening or closing accounts,”[2] as well as quicker response to natural disasters.

This was no more obvious than in the aftermath of Hurricane Matthew last month. Amazingly, FPL’s smart grid “prevented more than 55,000 outages, and the company restored power to more than 70 percent of [its 1.2 million] customers [who lost power] within 24-hours of the storms passing.[3]” Compare that to Hurricane Sandy where it took utilities in the Northeast upwards of two weeks to return power to the majority of their customers.[4]  The metering also allows FPL to give customers access to their energy data via a web portal. Access to this data can allow consumers to save on their utility bill by better managing their consumption behavior manually or through smart devices, or identifying if a different utility rate structure might be more advantageous.

This is not to say that the transition was easy. In hindsight, it appears that the “smart grid” has been a boon to FPL. However, FPL also spent over $600M of its own money on the project[5], much of which it was able to capitalize and roll into its rate base, passing on the cost to consumers. That coupled with some consumer concerns around the physical safety and cyber security of the new system meant that FPL had to mount quite a PR campaign (and legal defense) to convince consumers that this was in their best interest and would save them money on their utility bills in the long run.[6] Though the biggest proof point to sway consumers is likely the reaction of utility to events like Hurricane Matthew.

A Shift in (Market) Power?

The next wave of digitization for the utility relates to harnessing this new digital infrastructure to enable the “distributed grid” and the proliferation of behind-the-meter generation and storage. Unfortunately, FPL has been an outspoken opponent of the proliferation of distributed power, going as far as to spend over $9M in lobbying money to push a ballot initiative this fall to handicap rooftop solar installations in Florida.[7] Understandably meant to preserve FPL’s main revenue stream which is dependent on the sale of kWh, in the long run FPL would be better served by finding ways to harness their increasingly digitized infrastructure to continue to stay relevant. 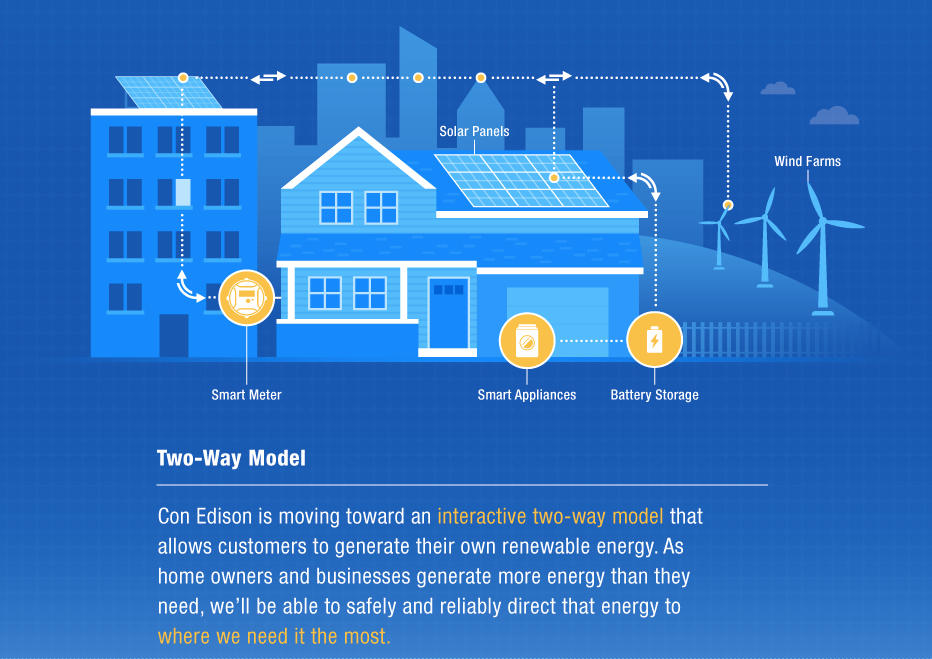 For instance, FPL should focus on using meter data and predicative analytics to be the marketplace and clearinghouse for the supply and demand sides of the power equation, regardless of the power source and the ultimate end consumer. Some utilities like ConEd have taken steps to begin this type of transformation, and FPL would be wise to follow in their steed.[8] Additionally, as evidenced by the latest hurricane, a huge part of the value a utility can provide is reliable, safe power during times duress when other systems may fail. With that in mind, FPL could diversify into reliability and insurance products that can take advantage of their existing infrastructure and customer relationships.

The power industry is changing as digitization begins to enable a new type of electric grid and FPL would be wise to continue to extend its market leadership in this modern, digital era before they become obsolete.

Student comments on Florida Power & Light: Making a Smart (Meter) Bet on the Power Grid of the Future