The rising level of greenhouse gases (GHG) is globally recognised as being the root cause of climate change. Since fossil-fuel based electricity supply accounts for around 30% of total US greenhouse gas (GHG) emissions (1), increasing the proportion of renewable energy supply is a common and well understood approach to reducing GHGs. Recognising that market forces alone won’t lead to the required pace of investment federal and state governments have introduced subsidies and policies to make these investments more attractive, benefitting solar installation companies such as Solar City (NASDAQ:SCTY). Complicating the matter, however, are the public and private utility companies. Their business model is at risk and they typically have monopoly-like pricing control and/or close ties to the local government entities making pricing decisions. Companies such as Solar City must learn to adapt quickly to the changing regulatory environment or risk being regulated out of existence.

Solar City was established in 2006 by Lyndon and Peter Rive after a suggestion by their cousin Elon Musk, who then became the chairman and initial investor. The company provides solar panels installation services in the US to households and businesses through a range of financing options including the outright purchase of the panels, loans, leasing arrangements, and power purchase agreements.

Solar technology has constantly improved over time with the cost of solar now being more than 50% lower than in 2009 (2). This has increased the accessibility of residential solar systems, especially when combined with generous federal and state subsidies. For example, in 2007 the California Solar Initiative provided for a budget of over $2BN to install c.1,940 MW of new solar capacity by 2016, which reduced the cost of a solar system by almost 50% when combined with federal tax credits (3).

As well as cash and tax incentives other policies, such as net metering, have been put in place to encourage solar ownership over the long term. Net metering is an energy policy designed to incentivise investments in renewable energy. It allows households and businesses who produce excess energy to reduce their utility costs by providing them with credits for the electricity they produce. These energy credits can either be utilised by the household/business at another point in time (e.g. later in the day, or the next week/month) or sold back to the grid at a specified rate.

These economic and environmental incentives have been very attractive to consumers, typically middle income households, and as demand for alternative energy grew, solar installers such as Solar City grew rapidly to meet this demand since 2008. However, the rapid growth quickly caught the attention of the incumbent utility players. 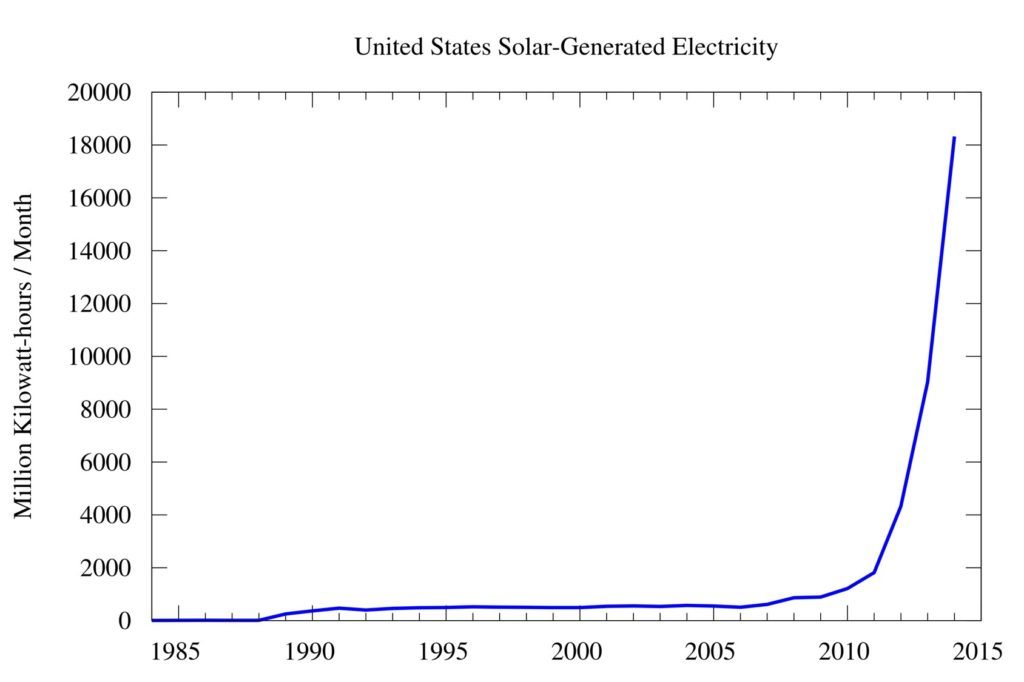 The (Utility) Empire Strikes Back

Utility companies led a campaign to slow the growth of solar which, although broadly unsuccessful, impacted key markets. For example, in early 2015 Salt River Project Agricultural Improvement and Power District (SRP), Arizona’s largest utility, introduced a surcharge for solar customers only that would increase the monthly bill by around $50. SRP claimed that solar customers should pay their fair share of grid maintenance costs, particularly as they still rely on the grid during peak usage times such as during the night. Solar City filed a lawsuit against SRP on anti-competition grounds but this did little to stem the demand impact and new solar installations fell by c. 96% (4). Similarly, earlier this year in Nevada the Public Utilities Commission (PUC) reduced the net metering rate for solar customers, reducing the credits earned on excess energy production (5). In response to the anticipated reductions in demand, Solar City had to make 550 employees redundant impacting members of the local community.

Although it is not clear what other regulatory changes are on the horizon Solar City must take steps to preserve the value proposition of residential solar. In the short-term they could try more to influence the policy makers to limit further detrimental regulatory changes, perhaps joining forces with other pro-solar enterprises as well as corralling public opinion to have more influence. They could also potentially form partnerships with the incumbent utilities, avoiding competition altogether. This could be combined with a more long-term strategy of investing in technology to make ever cheaper solar cells to offset the reduction in economic benefit.

Student comments on Fighting the Good Fight – Is Solar City Too Dependent on Regulation?