A 2015 Commonwealth Fund study concluded that the United States “spends more on healthcare, yet has a lower life expectancy and worse health outcomes, than any other high-income nation”[1].  The key cause of this issue is that the U.S. has a reactive and episodic healthcare model focused primarily on treating illnesses, rather than a holistic healthcare model that rewards doctors for preventing illness from occurring in the first place.  In order to address this issue the United States must figure out how to decrease healthcare spending per capita while improving patient outcomes.  The below table compares the U.S. healthcare system to those of other developed countries[2]. 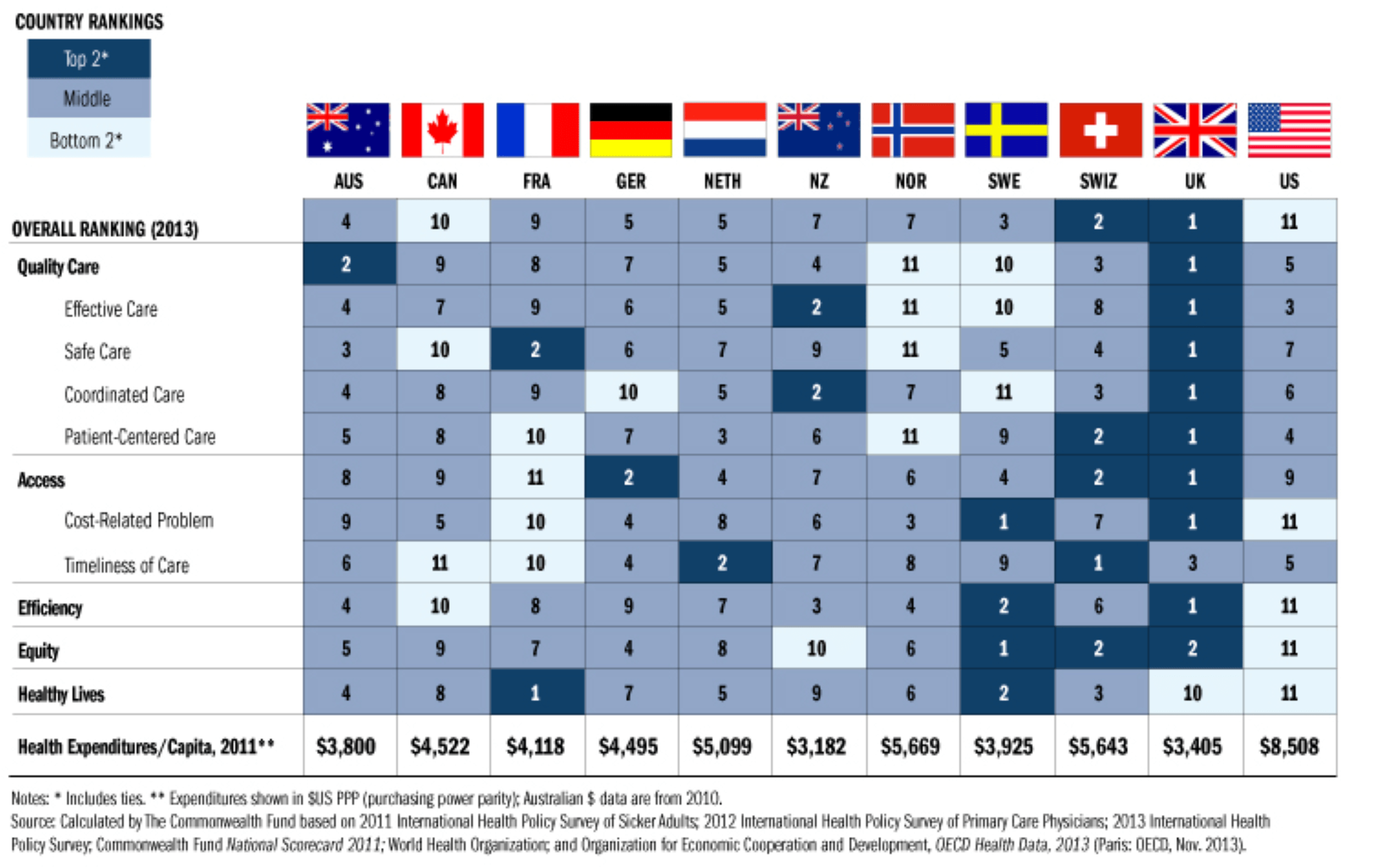 What if, rather than waiting for a patient to report that they have symptoms of asthma, providers had access to tools that would help them anticipate which members of their community are most susceptible to asthma based on factors such as employment industry, home location, and ethnicity?  This would empower providers to focus on early identification and prevention, decreasing downstream costs associated with hospital stays.  Population health solutions seek to make this a reality through a “Triple Aim” approach that emphasizes improving the patient care experience, decreasing per capita costs of care, and improving population health outcomes[3].  The below diagrams illustrate the high-level differences between the traditional health care delivery chain and the emerging population health model.

While population health remains an emerging service in the U.S., Enli is widely recognized as a market leader and is currently used by more than 3,300 MDs across the country[3].  Enli has differentiated itself from its competitors by “creating a comprehensive, consolidated and meaningful patient record; helping clinicians quantify and act on clinical risk; improving the efficiency and effectiveness of care coordination; and engaging and motivating patients in their own care”[4]. Enli’s solution has four components that aim to transform “knowledge to action”[3]:

While Enli has developed 200 algorithms to assist in analyzing available data, they continue to rely on clinical teams to manually assess published guidelines, position papers, and statements[6].  In the short-term Enli should focus on developing enhanced machine learning capabilities to compare new sources with Enli’s existing knowledge-base and determine the validity of new information.  Additionally, with the proliferation of direct-to-consumer health and wellness products, Enli will need to closely focus on differentiating between data that might provide useful information for providers versus data that does not add value in a clinical setting.

In the medium-term I would recommend that Enli continue to build out its patient solution, developing greater flexibility in how patients engage with their data to meet the needs of as wide a range of patients as possible.  This will empower a larger portion of the population to actively participate in their care, generating additional patient data and enabling Enli to develop standardized care delivery processes across increasingly targeted groups of patients with similar needs.

While Enli has led the population health market to date, there are no guarantees that this will continue.  Big data investments in the healthcare and pharmaceutical industries are estimated to reach nearly $4B in the U.S. in 2017[7].  The number of population health offerings doubled between 2014 and 2016[8], and more than half of those companies are dominant players in the electronic medical record (EMR) market.  EMRs are the core of every practice’s technology investment, and compatibility with EMRs to seamlessly support the provider’s existing workflows is essential to Enli’s ongoing success.

For example, athenahealth currently offers Enli as a service to its EMR customer base and has integrated Enli within its system.  However, athenahealth has already begun developing its own population health solution.  Once that product has matured, athenahealth will likely encourage health systems to use the population health services they have developed rather than leverage their partnership with Enli.  This would appeal to providers due to the potential efficiencies associated with vertical integration.

Given these considerations, how can Enli differentiate itself from competitors in the EHR market to add value that outweighs the benefits of vertical integration?  More broadly, as access to patient-specific and macro-level clinical and social data increases through ongoing digitalization across sectors, will it be possible to prevent the majority of diseases through proactive population health measures?[9]