The Intergovernmental Panel on Climate Change states that Africa will be the most vulnerable region to warming temperatures globally. The increasingly unpredictable and erratic nature of weather systems have placed an immense burden on food security and have emerged as a major impediment to agriculture development on the continent. Projections of crop yield indicate a reduction of up to 50%, with crop revenue forecast to fall as much as 90%, by the year 2100. Simply put, climate change will lead to less food availability and lower income for the millions of people in Africa that rely on farming for their livelihood.1

Intervention from the Gods…

In 2005, Navyn Salem, a Rhode Island mother of four, watched an Anderson Cooper segment on a revolutionary food called Plumpy’Nut that was saving the lives of severely malnourished children in Niger. This segment hit home for Navyn after witnessing the same problems amongst children living in her father’s country Tanzania. By 2009 Salem had founded Edesia, a non-for-profit named after the Greek Goddess of Food, that became the first producer and exporter of Plumpy’Nut in the United States.2

Plumpy’Nut is a peanut-butter like nutritional supplement packed with micronutrients, which provide the essential vitamins and minerals needed by children for physical growth. Receiving these micronutrients allow a child faced with malnutrition, and on the brink of death, to recover to stable health within a seven-week timeframe.3 Aside from fatality, another catastrophic issue of children not receiving micronutrients is their inability to develop mental capacity, which has an irreversible effect.2 Because Plumpy’Nut is a ready- to-use therapeutic food (RUTF), it doesn’t require fresh water or refrigeration, which are unavailable in Africa’s developing regions.4 This has allowed Edesia to deliver its RUTFs to over 4 million malnourished children since the organization’s inception in 2009.5 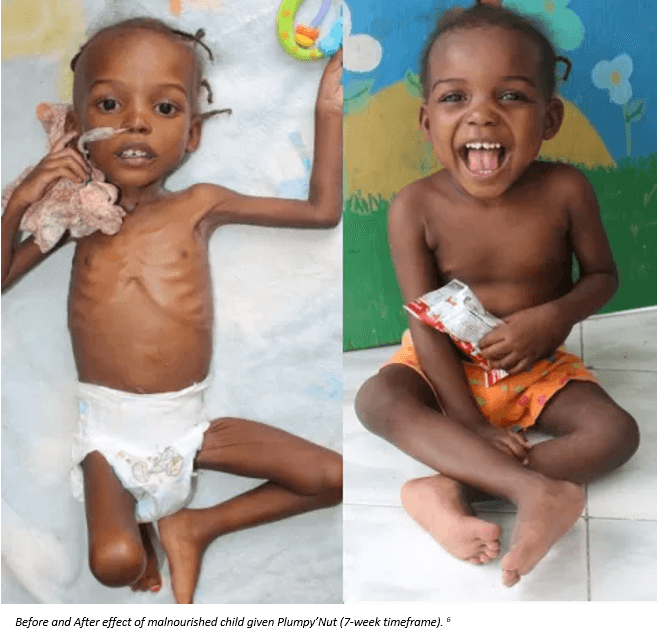 Climate change has already hit development in rural Africa extremely hard. Variations in temperature and precipitation are causing droughts and heatwaves, which have led to an increase in pests and lower soil fertility levels.7 The impact of this was exemplified by a 30% reduction in crop yields and famines in 2010, 2011, and 2016.8 The conditions have contributed to the number of undernourished people in Africa climbing from 182 million to 232 million over the past ten years, with the expectation to increase in the years to come.9 This leaves Edesia with an insurmountable challenge, how does it use its limited resources to get Plumpy’Nut into the hands of as many children as possible?

Increased efficiency is a life or death matter…

During my interview with Navyn Salem, she stated that the organization’s main constraint is its annual operating budget, which has grown from $2 million in 2009 to its current level of $30 million.10 Despite this increase, Edesia’s annual production levels are consistently restricted by its access to funding. Therefore, Salem looks to free up capital for the generation of incremental volume by increasing efficiencies in the production process, as every box shipped represents the potential to save a human life. Edesia has been able to mitigate some of its operational challenges by taking the following strategic actions: 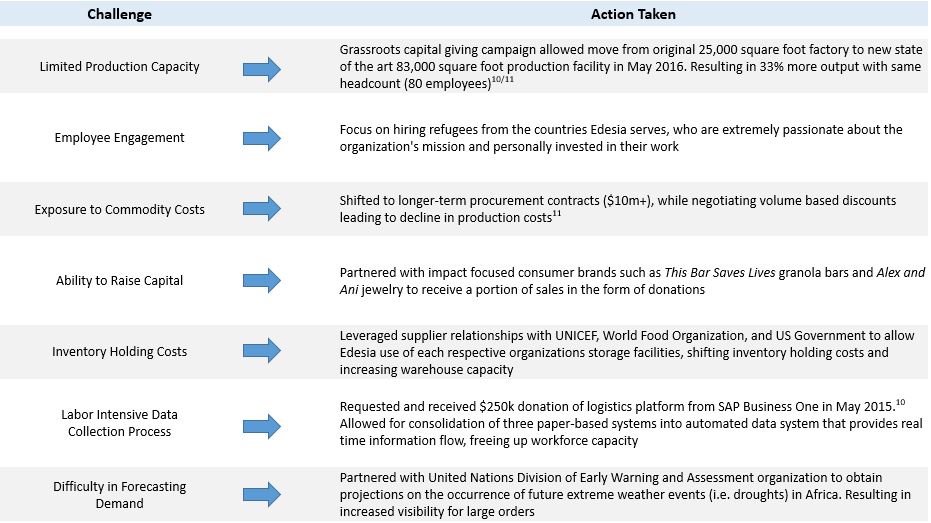 I recommend that Edesia take the following actions to further its goal of increasing production volume and maximizing efficiency:

With the humanitarian crisis in Africa expected to intensify, what else can be done by Edesia to strengthen its position in the fight against malnutrition?

Quicksilver and The Fight for the Great Barrier Reef

Student comments on Edesia: The Goddess of Food is Intervening to Fight Irreversible Damage in Africa