“I firmly believe that at some point the vast majority of books will be in electronic form,” Jeff Bezos said in the 1997. However, two decades later, there was still no real platform for consumers to purchase and read books electronically. [1] Companies like NuvoMedia, SoftBook, Rocketbook had all tried and failed. Was there just no demand, or were these products missing the Bezos touch?

By 2004, facing the growing power and threat of a revived Apple, Jeff Bezos finally decided it was time to develop a digital strategy for Amazon in the media space. Soon thereafter he launched Lab126 which would later produce the first Kindle. [2]

Launch of the First Kindle

Amazon’s business model in the book-selling business is based on the virtuous cycle of lower prices and convenience attracting customers, which leads to higher sales volume, which results in lower fixed costs per book and greater negotiating leverage with publishers, which allows Amazon to demand even lower prices. Thus, the decision to go into e-books was a natural extension of Amazon’s desire to drive greater sales volume and increase publishers’ dependency.

However, Bezos knew that for the Kindle to succeed where previous e-readers had failed, there needs to be lots of e-books available. At that time, all the major publishers in the world had digitized less than 20,000 books in total. However, Bezos decided he needed to push them to hit 100,000 by 2007. [1]

Amazon already had a strained relationship with publishers at this point. Far from being the white knight alternative to Barnes & Noble, Amazon by 2004 had become the biggest and most aggressive customer that publishers had ever faced. The negotiations relating to e-books were no less tense. Publishers that did not cooperate were told their rankings in Amazon’s search results would tank or they would be completely removed from Amazon’s website. [3] After almost two years of arm twisting, cajoling, and threats, Amazon was finally ready to announce the Kindle in 2007.

Bezos knew that to attract consumers he needed a price for e-books that was lower than the price of physical books, but he also knew that the publishers would balk at that idea. Thus, unbeknownst to the publishers, Amazon had left the price at which Amazon would sell the e-books out of the negotiated contract, and only Amazon’s purchase price was negotiated. When Bezos finally announced that all e-books would be sold for $9.99, well below the retail price for almost any physical book (and in many cases lower than the wholesale price Amazon was paying the publishers) [4], publishers were stunned and left with a bad taste in their mouths. Only in the past few years, with the alternative of Apple iBooks, have publishers been able to push back on the low pricing and come to more of an “agency pricing” agreement where Amazon takes a percentage commission on any price publishers set. [1]

Conclusion and Next Steps

The Kindle and e-books represented a fundamental change in the operating model of Amazon’s books business. No longer would consumers have to go online, order a book, and wait for it to be shipped to their house. With e-books, consumers could buy a book on Amazon’s kindle device (or online) at a significantly lower price and begin reading immediately. In a sense, Amazon had disrupted their own business by completely disintermediating the massive logistics infrastructure that drives the vast majority of Amazon’s business.

However, while the Kindle has been far more successful than any other e-book device, it is still far from Bezos’s original vision. Kindle’s customer base continues to be largely focused on a smaller group of high-volume readers. I believe a few changes need to happen in order to increase the adoption of e-books and Kindle devices: 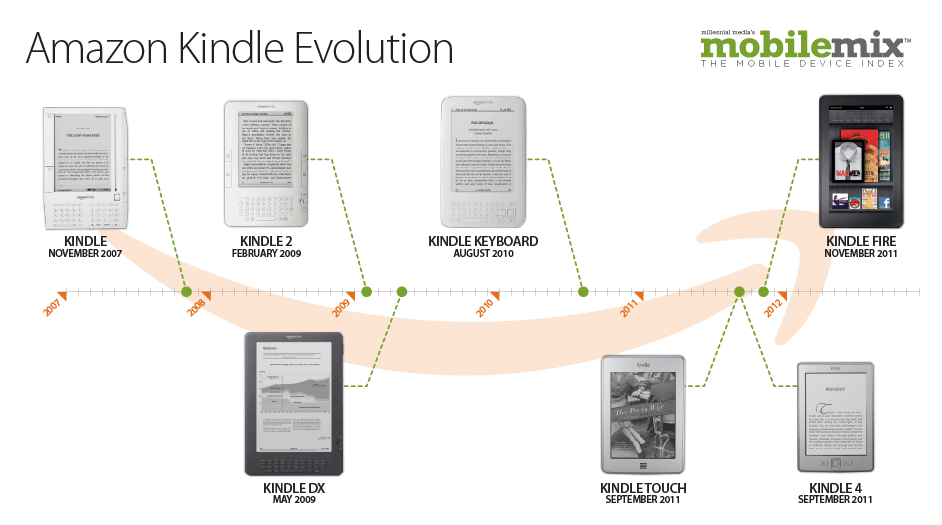 Why VR could mean the end of Art museums

Whoop There It Is – Is Wearable Technology the Next Frontier in the NBA?