The airline industry is growing at an average annual rate of 5%, yet it lost $16.7 billions annually over the 2007-2014 period (exhibit 1, [1]). The oligopoly of the aircraft manufacturers manages to catch most of the value while airlines, subjected to fierce competition – are accountable for $19.4 billions losses. Remarkably, EasyJet, a low-cost European carrier, managed to make a £495 millions profit before tax in 2016 [2]. 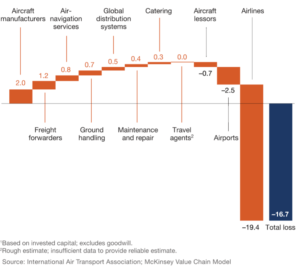 EasyJet was able to perform well mainly through a drastic cost control policy and, among all expenses faced by the airline industry, EasyJet performed particularly well in the operation of its aircrafts. This sector represented more than 16% of EasyJet cost advantage compared to legacy carriers [3], which makes it a major differentiator for the company.

Due to the complexity of aircraft operations, various specialized players are part of the aircraft lifecycle, including manufacturers and Maintenance and Repair Operation (MRO) specialists (exhibit 2). EasyJet is a pure airline player and its maintenance is realized by MRO specialists. Interacting with all these players must be planned and controlled carefully to restrict costs.

EasyJet intends to play a major role in this revolution

On the short term, EasyJet is digitalizing all its paperwork in maintenance and flight operation [5], meaning that the crews have a quick access to the most up to date version of their action/checking list. In addition, EasyJet is creating a new data management system, AMOS [6] that centralized information from all IT systems in one place (exhibit 3). Thanks to paperless work and to AMOS, EasyJet and its suppliers reduces the maintenance time and improves quality of operations. 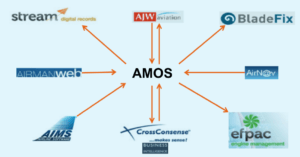 Exhibit 3: The AMOS centralised IT system

Additionally, EasyJet wants to use drones instead of operators to improve reactivity and to shorten inspection time (exhibit 4). Drones can also gather more data than an operator thanks to different embedded sensors [7]. 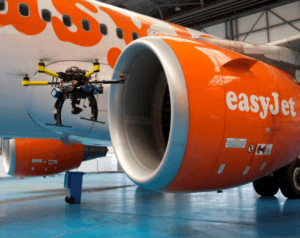 On the medium term, EasyJet aims at requiring all its suppliers to use AMOS to enable the whole supply chain to better communicate and share information. A direct access to information should let all players to be more proactive. This could even lead to an innovative preventive maintenance system and avoid on the spot repairs (exhibit 5) or unexpected aircraft unavailability. However such level of data sharing requires a strong level of trust between all partner. 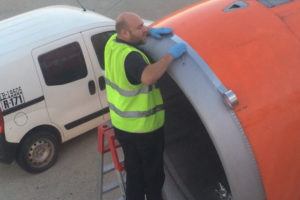 Exhibit 5: On the spot repair

Could EasyJet take other steps to keep its advantage?

Data management: share it or keep it to yourself?

Data is key on digitalization and its value will grow with its importance. Actors performing several activities in the aircraft lifecycle can have a larger grasp on data management. In that context, digitalization may advantage more vertically integrated players such as airlines [8] and manufacturers [9] [10] that are already very active in the field. Via sharing its information with suppliers, EasyJet might not only allow them to catch the digitalization value, but it can also serve its competitors as the suppliers serve other airlines. In order to address it, EasyJet should consider either enforcing drastic controls over its suppliers or consider vertical integration to perform maintenance itself.

Currently, the maintenance requirements stated by the regulation agencies are very high as we used to have very little information on the product life. Thus, lot of “over maintenance” was required for conservative reasons. Now that digitalization enables to know how every equipment is used, we could imagine replacing or repairing an equipment only when necessary, based on its wear and not its age. This would require heavy negotiations will regulatory agencies but the savings can be significant.

EasyJet is currently trying to tackle the challenge of digitalization. However, in order to take the most out of digitalization, data management and ownership are key. Does it mean the end of pure specialized players such as EasyJet? Will this new trend reinforce even more the strength of aircraft manufacturers or will it allow airlines to finally be profitable?

Student comments on EasyJet entering the battle of maintenance digitalization