Dufry AG is the world’s largest travel retail operator, with 24% market share (3x the size of its nearest competitor) in the airport channel following its recent acquisition of competitor World Duty Free (WDF).  Together with WDF, Dufry operates 2,197 retail shops in 400 locations in 63 countries.  Dufry sells duty free items (64% of revenue) and duty paid items (36% of revenue) under several different retail flags.  Dufry bids for multi-year concession rights from airport operators, and typically has exclusive rights to retail a particular category – said differently, Dufry operates a monopoly in each of its categories in a particular airport terminal.  Key category exposure includes: perfumes/cosmetics (32% of sales), wine/spirits (16%), confectionary/food (15%), and tobacco (10%). 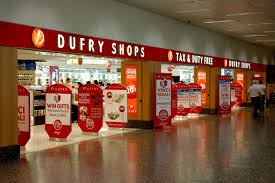 Dufry is effectively a high end consumables business that markets premium products to international tourists.  The business and operating models are highly aligned because Dufry does an excellent job of marketing its products to travelers with specific needs.  For example, a Chinese tourist visiting London will buy Estee Lauder skin cream from Heathrow’s World Duty Free store because i) it is significantly less expensive than the local price, and ii) she knows it is legitimate and has not been sold beyond its shelf life.  The store operations team knows exactly when planes from Beijing land in London, and changes store displays dynamically to market to that customer.

Since travel retail is generally an airport’s largest source of revenue (aside from airline landing fees) and since concession fees (i.e. rents paid to the airport) tend to be variable with revenue, the airport operator is incentivized to award the concession to the retailer who will maximize revenue for the airport.  Accordingly, the airport works closer with the travel retailer to ensure customer traffic in stores.  For example, airport operators will work with retailers to design airport floorpans so that passengers quite literally have to walk through shops in order to get to their gates.

Importantly, Dufry has numerous exclusive arrangements with key brands, preventing smaller peers from presenting a competitive retail offering. Such arrangements are so relevant to customers that Dufry not infrequently sells to passengers who fly in solely to buy exclusive items (special edition whiskey, for example).   Brands are becoming more cognizant of the relevance travel retail channel, and are shifting employees on their payroll to work in Dufry-operated stores to serve as experts and product curators for passengers.

The key risks to the business model are weak passenger traffic and increased competition for concessions. However, the average age of a Dufry concession is six years, mitigating the risk of worsening contract terms or losing a key location (for example, Heathrow, the largest concession, represents ~10% of revenue of pro forma revenue yet does not expire until November 2026).  The variable nature of concession economics further mitigates the impact of economic / geopolitical issues that impede passenger flows and passenger spending.  Further, Dufry to be one of only a few travel retail providers who have the ability to pay for a concession, for the lower margin players have a much more limited ability to meet airport operator rent requirements.

WHY DUFRY IS WINNING

Dufry’s stated goal is to generate 12-15% IRRs on concessions and acquisitions.  The company has been quite consistent in meeting this threshold, and in integrating complicated acquisitions.  Since Dufry has been a consolidator in the space, it is fundamentally changing the tenor of its negotiating power with airports 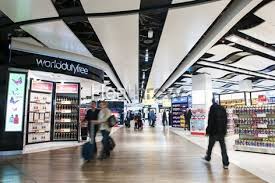 Stop The Press! The Financial Times Proves News Publications can be Profitable

Sunrun – Solar as a Service