The Puerto Rico Aqueduct and Sewer Authority (PRASA) is the sole provider of potable water for the island of Puerto Rico. The company is a public corporation. Puerto Rico, unlike many islands in the Caribbean, has abundant water resources. 62.2 percent of the land area is classified as tropical rainforest[1], bringing copious amounts of rains to the island’s rivers every year.

Prior to 2015, the last serious drought Puerto Rico had experienced was in 1994, where water rationing had to be implemented to prevent completely draining the reservoirs. Several periods of drought occurred after 1994, but none required rationing until the drought of 2015. 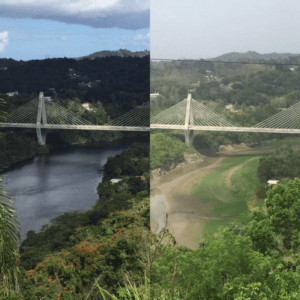 During three months in 2015, PRASA had to ration water to most of the island due to critically low levels in the reservoirs that provided water to the metropolitan area of San Juan, Puerto Rico’s capital. This rationing began with 24 hours without water every two days, but by the third month the rationing had increased to 72 hours without water, 24 hours with water[3]. Water rationing is extremely ineffective at controlling reservoir level; as the rationing becomes more intense, users stock up on water and drive consumption largely over normal levels. Climate change promises to exacerbate the effects of these drought events, making every successive drought more difficult to tackle.

PRASA’s creditworthiness is directly tied to the credit of the Commonwealth of Puerto Rico. At the time of writing, Puerto Rico and PRASA have extremely limited access to the capital markets. Simultaneously, the private banking sector in Puerto Rico is also not in a position to lend to PRASA. This leaves PRASA in a very restricted, cash-strapped position in which they can not simply invest in water efficiency technologies the way a healthy utility could.

PRASA must therefore be very creative and efficient in the way that it deploys it resources. One case of this innovative solution thinking was already shown during the drought when water reservoir levels reached critically low levels. Most of the reservoirs in Puerto Rico were built prior to 1955 [4], and as a result, most have drastically reduced capacities today. PRASA, aware of its cash limitations, engaged the mayors of towns in which the reservoirs stood to use their municipal resources to remove sediment of the exposed portions of the reservoirs since the water levels were already reduced at a significantly low cost for PRASA[4]. 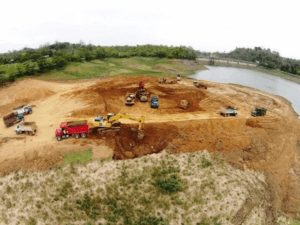 PRASA needs to institutionalize the practices which were effective in maintaining water inventory during the drought, and make these part of their business model. In particular, PRASA should focus on those which will have no negative impact on revenues and in fact can increase revenues.

Transforming an utility to tackle decreased resource and capital availability

Offer “Brown Water” products – During the drought, the private sector stepped in to mitigate the water shortage by offering so called “brown water”. This is recycled water that has not been treated, but can be used for things such as cleaning, watering plants, and many other uses. PRASA can offer this at a discounted price in tanks or gallons through their already established regional offices. This will provide a separate revenue stream, while reducing strain on the water reservoirs and reduce operating expenses as it will reduce the overall volume of water that gets treated.

Develop a “water services” portfolio – This is a similar approach to where electric utilities are headed, in that instead of losing revenues from reduced consumption, they have aligned their model to be able to capture value from customers while reducing their consumption and in turn reducing the strain on the system – reducing the need for expensive capital expenditures. The following are some of the products they could offer:
Rainwater capture systems
Water conservation appliances/fixtures

Targeted loss reduction – Of the water that PRASA provides to customers, over 50% is unaccounted for due to leaks and illegal connections [5]. This means that PRASA effectively charges customers for twice the amount of water that it produces, and that system capacity can be almost doubled just by increasing efficiency and targeting these losses.

PRASA faces an intense challenge in adapting to this environment, as Puerto Rico’s credit issues will likely not be solved in less than 5 years at a minimum. During this time, climate change promises to increase pressure on utilities to use resources in more efficient ways due to rising constraints that did not exist before. Continued innovation must be internalized at PRASA in order to adapt the utility’s business model while minimizing expensive capital projects.

Student comments on Drought and Water Scarcity in Rainforest Island